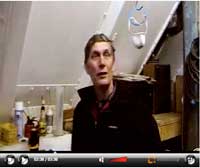 It makes sense for farmers to carry out their own sampling – not only for them, but the whole supply chain, says the HGCA

Sampling as stores are filled produces the most representative grain samples, according to HGCA research. That can have huge advantages for the farmer, allowing him to segregate grain according to quality and to sell produce into the right contracts, minimising rejections and delays.

It also has big benefits for the rest of the supply chain. At a recent meeting involving farmers, merchants and processors there was a general consensus that this was the best form of sampling.

Jenny Batchelor, the HGCA’s arable business groups manager, says: “The duplication of testing across the supply chain and high levels of rejections are costly to everyone involved. The work carried out by the Cereals Industry Forum clearly showed that this is one of the key issues that the industry needs to address, and on-farm sampling can go a long way towards producing a solution.”

For Velcourt farm manager Mike Dewar it is not so much a question of why DIY sampling as why not. Mr Dewar manages Stowell Park Estate in Gloucestershire, where sampling at intake and during storage is routine.

“The fact that we carry out our own sampling very much came into its own during harvest 2008, with the large variability in grain coming off the fields,” says Mr Dewar. “We were able to decide where we put the grain, depending on its quality, and to keep it segregated in store. By sampling in the store as well we are able to ensure that we load the correct specification of grain against each particular contract.”

This greater degree of control and reduction in the level of rejections is also one of the motivations for Hertfordshire farm manager Andrew Watts. Mr Watts also believes that on-farm sampling gives him a clear commercial advantage when it comes to marketing his grain.

“By knowing exactly the quality of our grain, and where it is, we can make the best possible decisions on when to sell and whether we sell higher quality by itself, or blend it with a lower quality. The more you know about your grain, the better your marketing decisions and the more you can maximise your returns.”

Simon Hook, research manager of HGCA, says: “Over the last few years accurate sampling has become more critical than ever. There are clear commercial benefits for farmers, and good sampling gives them control and responsibility for their own crop. Obviously it’s important that it is done in the correct way with the right equipment, but we are confident that the time spent will pay dividends in the long term.”

Find out more about sampling, including audio interviews with Mike Dewar and fellow Velcourt farm manager Nick Down, at www.hgca.com.

HGCA will announce details of its new grain sampling guidelines at Cereals 2009. “We recommend that samples are taken regularly as grain goes into store so growers have representative samples for each silo or part of the flat store,” says HGCA’s Simon Hook.

Individual samples should be taken from each trailer load or at regular intervals off a dryer or cleaner. These should then be mixed together to provide a composite sample representing a larger tonnage in an individual silo or bay.

Samples must be labeled clearly in order to identify the parcels of grain that they represent, its origin and location in store. This makes it easy to link the initial samples to the stored grain to be marketed.

The new Encyclopaedia of Arable Weeds to be launched at Cereals contains the latest information on weed identification, habitat and lifecycle of 100 weeds.

The encyclopaedia includes detailed photos of each weed at various stages of its lifecycle. Details of each weed’s competitiveness as well as its value to biodiversity is also included.