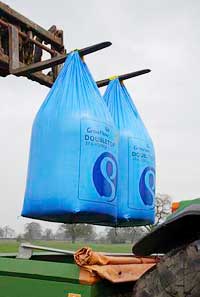 The firm’s marketing manager said that new-season trading on the continent had begun earlier than usual at about €225/t, with June quickly selling out and July’s prices edging €5/t higher.

“We have chosen to make a statement on prices at Cereals in the past couple of years, but the event is earlier this year and we will be watching the markets closely before making our announcement next week,” Mr Bowler said.

“Britain accounts for just 1% of the global market for manufactured nitrogen. We cannot manage world markets but we need to be prepared for ongoing volatility.

“Recent weeks have seen considerable movements in exchange rates for sterling against the euro and the dollar. A week pound will put upward pressure on fertiliser prices, particularly nitrogen.

“In some European countries the new fertiliser season has got under way at prices that equate to about £210/t for ammonium nitrate delivered,” Mr Bowler said.

Want to know GrowHow’s June fertiliser price as soon as it is announced? Keep an eye on www.fwi.co.uk