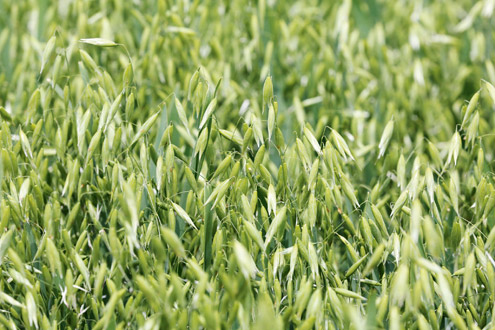 Oilseed rape’s place in the rotation is being questioned after the difficult growing season, sparking huge interest in alternative crops at this year’s Cereals event.

Fears that a late harvest will disrupt crop establishment again, disappointment with the performance of this season’s crop and the forthcoming neonicotinoid seed treatment ban were all being given as reasons for shunning oilseed rape in favour of other crops.

Instead, the number of growers asking about oats and pulses as less risky, easier-to-manage break crop options was at record levels, while interest in spring crops was higher than in previous years, said plant breeders at the event.

Enquiries about winter barley were also up, with seed of the most popular varieties predicted to sell out before too long.

Putting winter barley back in the rotation is one way of ensuring that you have a drilling window for oilseed rape, he pointed out. “It’s early to harvest and gives a good entry for oilseed rape. Interestingly, it’s also done better than wheat in recent years.”

Genetic improvements and promising new variety introductions have also helped winter barley’s cause, he said. “The same can’t be said for oilseed rape.”

The main lesson learned from this year has been that oilseed rape has to be drilled in good time, said Andy Stainthorpe of Pioneer, the breeder behind the UK’s highest-yielding winter oilseed rape variety, PR46W21. “Growers who didn’t manage to drill their oilseed rape by early September have paid the price.”

Last autumn’s difficult conditions challenged every oilseed rape variety, regardless of breeding method or situation, he said. “And it was all down to planting date. The perceived early vigour of varieties had no bearing at all.”

Disillusionment with oilseed rape was behind the higher numbers of growers enquiring about winter beans, reported Peter Smith of Wherry and Sons.

“The big problem they are all facing is that they won’t be able to get their rape crops in after a late harvest. But they were also voicing concerns about grassweed control and the rising costs of growing the crop.”

Winter beans were being seen as a way of filling the gap left by oilseed rape and providing more workload flexibility, he suggested. “They can be drilled later, without incurring a yield penalty, and they fit well into a cereal rotation.”

They also provide at least one opportunity to control blackgrass by non-chemical means – another issue being raised by visitors to the event. “Scheduled applications of herbicides were difficult to make last autumn,” he said. “And that’s left a blackgrass legacy.”

Being able to spray off flushes of blackgrass before drilling is a huge advantage with beans, said Mr Smith. “We even had crops drilled after Christmas this year and they’re looking good. More importantly, bean prices have remained high.”

Growers considering winter beans should use the new higher seed rates to give plant populations in the region of 22-28 plants/sq m, he advised. “The thicker crops do perform better, so follow the latest guidelines for your chosen variety.”

The on-farm opportunity provided by rising consumer demand for oats was also being investigated by growers at Cereals, reported Alan Meikle of Morning Foods.

“Oat-based breakfast cereals have been one of the big success stories for farming in recent years. And the oats used in these are sourced in the UK wherever possible.”

Wheat/rape rotations aren’t looking as attractive as they were this time last year, prompting producers to have a rethink, he said. “At the same time, commodity prices for other crops have remained high, making them far more competitive.”

Demand for oats is increasing all the time, he reported. “We need more growers. Both winter and spring oats are used by the millers and there are some very high-yielding varieties available now.”