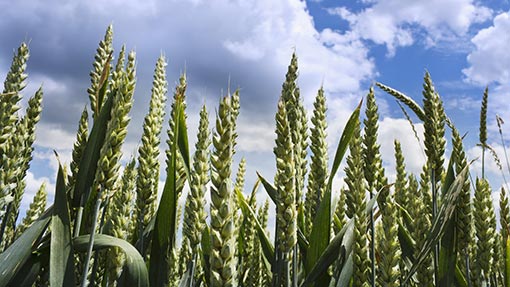 Bayer CropScience is to start testing wheat varieties in the UK this autumn and commence breeding work in the Cambridge area in 2015 which could see it selling commercial seed in four years, the company revealed at the Cereals Event.

The group said it is fast tracking its wheat programme due to the UK government’s pro-technology stance after it recently started wheat breeding programmes in France and Germany.

He added the company would start to test wheat varieties this autumn and commence wheat breeding in 2015, initially based around conventional varieties but then move into hybrid wheat.

“Bayer is a leader in crop protection, and from today we aim to provide British and Irish farmers with the best wheat varieties over time,” Mr Orme told a briefing at the Cereals event.

Defra secretary Owen Paterson said he was delighted Bayer had taken this plunge and that the UK government would  give support to Bayer’s move.

He said his aim was to make the UK a world leader in agricultural research and was pleased to see this work by Bayer would be done in the UK.

Adrian Cottey, Bayer’s  UK seeds manager, said he was optimistic that the group could have winter wheat varieties in national list trials in two years’ time and hoped that the group would make some commercial seed sales in the 2018/19 season.