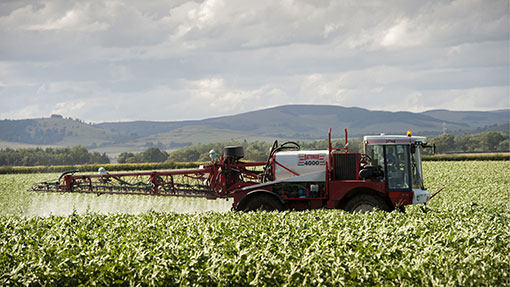 Eight finalists from around the regions are battling for the title of Farm Sprayer Operator of the Year 2014.

The winner will be announced in the Syngenta Sprays and Sprayers Arena at this year’s Cereals event.

Below we profile the eight competitors who are in the running for the top title which details on what makes them the cream of the spraying world. 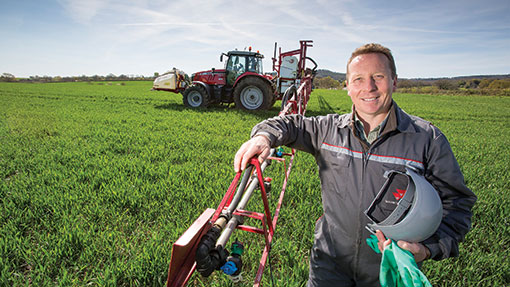 With front and rear tanks totalling 3,100 litres on the machine, Mr Glasper is a convert to a purpose-designed farm vehicle wheel changer. Using this, he finds wheel changing not only takes a third of the time, but is also safer. The changer allows the tractor to be jacked up to the bare minimum and the wheel spun on a cradle of rollers so that it can be lined up easily, without danger of falling. 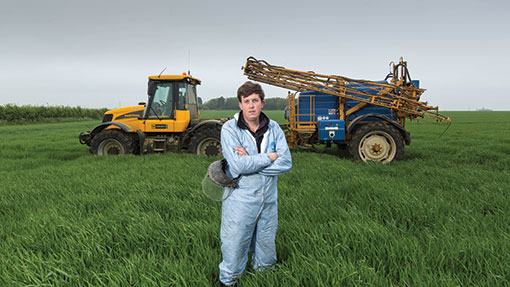 Barry Williams has been spraying for four years, and uses a 3,600-litre trailed Knight sprayer with 24m boom to spray 750ha of cereals, oilseed rape, beans, sugar beet and grass at L Samworth & Partners, Balsham. To minimise unnecessary travelling on the land, he works with the drill man to optimise tramline positioning, and then uses a field map when spraying to ensure headlands are sprayed in a direction that minimises turning.

The farm has also recently built a bespoke chemical store and covered filling area, which drains into a biofilter. As well as containing any spillages, contaminated equipment can be power-washed, with washings going into the biofilter. 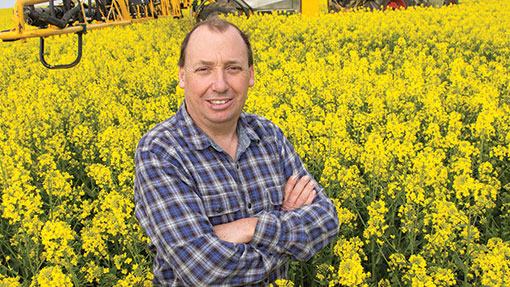 A self-employed arable farmer at Deverel Farm, Milborne St Andrew, John Martin tows a 4,000-litre Chafer Sentry with a Fendt 310hp tractor to protect 330ha of combinable crops. A new filling site on the farm to comply with the latest criteria for catchment sensitive areas has resulted in faster turnarounds, easier filling and improved store logistics.

With many products coming in similar packaging, with similar-looking labels, there is a possibility of cans being accidentally put in the wrong outer box. Mr Martin always double checks each can’s label for the pesticide type, the active ingredient and the crops, to avoid unwittingly applying the wrong product. 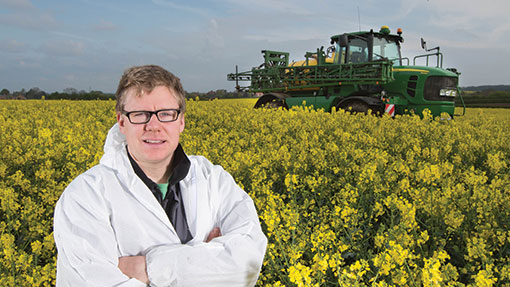 To ensure a smooth-running spray operation, he maintains good communications and a close working relationship with all those involved – from his employer and the farm’s agronomist, to the sprayer dealer and mechanic. In this way, he says any queries can be resolved quickly, benefiting both spraying procedures and the upkeep of the machine. This even extends to using the same weather app on smartphones, so that weather forecasting is consistent between all parties. 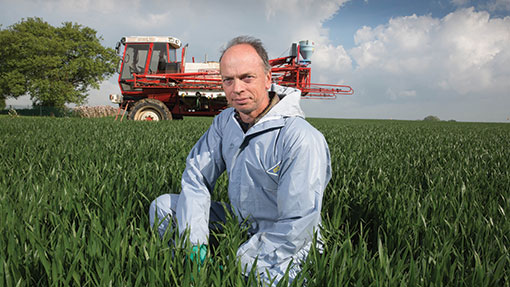 With 35 years’ experience, Robert Davies manages his own farm at Lenham, near Ashford, as well as a neighbour’s arable operations. Spraying 350ha of cereals, oilseed rape and spring beans using a recently purchased 1995 Bateman Hi-Lo, he believes the machine’s light weight is ideal for his land – providing manoeuvrability and minimising ruts and the risk of getting stuck. He has modified the sprayer by repositioning the spray lines below the clamping points on the boom outer sections – so nozzles are at a more uniform height across the full boom width, reducing drift potential but still high enough to avoid damage. 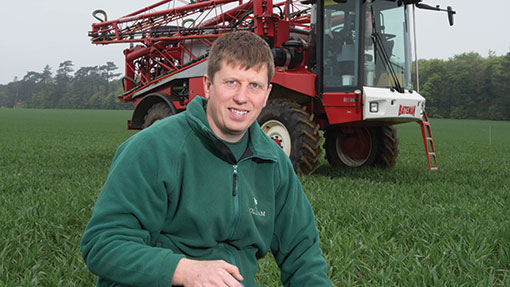 Lead sprayer operator David Wroth uses a Bateman RB 35, with a 4,000-litre tank to cover a total crop area of 2,200ha, consisting of cereals, oilseed rape, sugar beet, maize and potatoes at Holkham Farm Company. He has been spraying for 12 years.

For convenience while spraying, as well as a box of hose clips and filters, Mr Wroth also keeps a short length of spray bar clipped to the side of the sprayer, which is fitted with nozzles, nozzle turrets and diaphragm check valves.

This gives him the advantage of ready access to the most likely spares needed while out in the field. 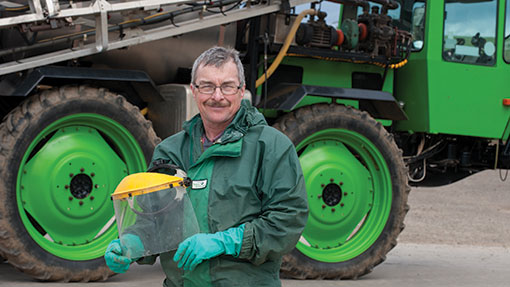 Sprayer operator at Farquharson Farms, Fyvie, near Aberdeen, David Bruce uses a 3,000-litre 24m Airtec sprayer mounted on a forward-control Unimog to spray 800ha of crops, covering 4,000ha/year. The sprayer is self-built from individually chosen components to create a machine ideally suited to slopes on the farm.

With 30 years’ experience, Mr Bruce treats all the farm’s barley and oilseed rape at a spray volume of 80 litres/ha, having never seen a benefit of going higher. He also believes in good stock control in-store. Part cans have how much is inside written on them, to avoid miscalculations when ordering product, and finding a can nearly empty that was assumed to be full. 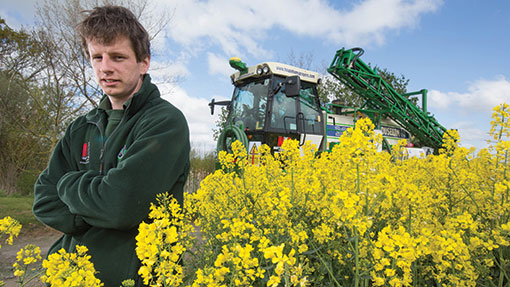 Matt Redman sprays around 4,500ha/year of contract work and combinable crops at College Farm, Gravenhurst, using a Househam AR 3000 with 24m boom. The sprayer, filling site and back-up bowser have all been optimised for safety, speed and ease of working – including a self-built induction hopper with two extra rinse nozzles.