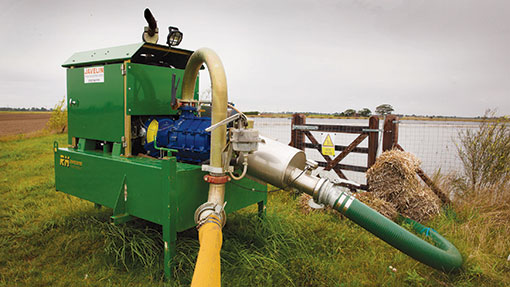 All water abstractors must share the pain of the proposed abstraction limits unveiled at a farmer meeting earlier this month, says one farmer.

Speaking at an Oxford Farming Conference-organised seminar at the Cereals event, Andrew Blenkiron, manager of the 4,450ha Euston Estate, Thetford, reiterated his concerns over the limits suggested by Defra and the Environment Agency at a farmer meeting earlier this month.

These limits on the amount of water they can abstract next spring is to prepare the country for strict requirements of the EU Water Framework Directive (WFD).

Mr Blenkiron stressed that there were other users of water, “but farming was always first in line for any cuts.”

The rise in domestic demand resulting from the house building programme in the drier part of the UK will be to the detriment of agriculture.

“Farming businesses in East Anglia needs their fair share for food production and need security of supply to plan cropping.

The situation is likely to get worse with figures from Cranfield University forecasting a 40%-160% increase in demand for irrigation water in the UK by 2050.

“The total rainfall is not going to change, but more of it will be in winter.”

She highlighted new higher resolution forecasts published by the University of Newcastle showing that when it does rain in summer, “it will be more intense.”

Improving the health and moisture retention of soil could also have a role in increasing the resilience of farming to more extremes of rainfall.

Nigel Davis of maltster Muntons outlined trials being carried out to reduce the carbon footprint of growing malting barley, which accounts for 60% of the total footprint.

“We added compost to the soil in what was a dry year and the biggest response was the improved water holding properties and in this dry season saw a 12% lift in yield.”