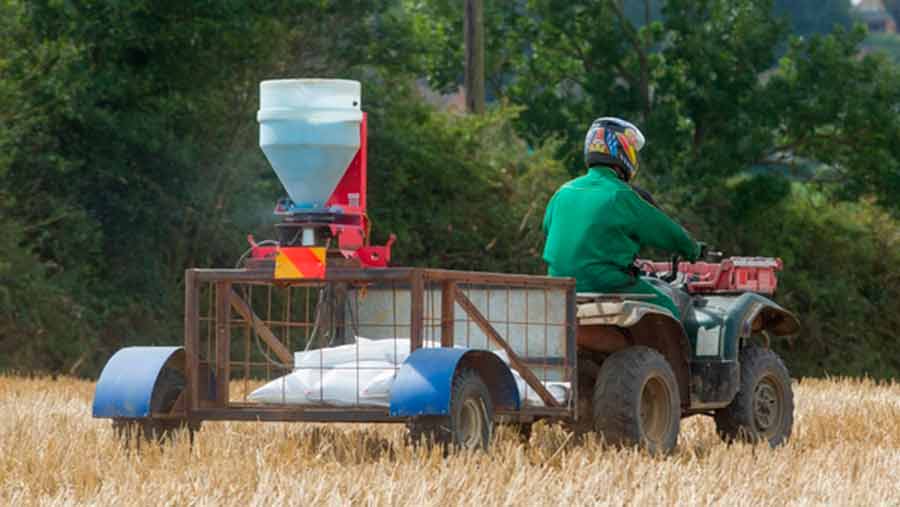 The future of a key slug pesticide remains at risk, with last winter seeing more catchments being affected by spikes in the levels of metaldehyde than in previous years.

Metaldehyde is a key active used in controlling slugs which has come under pressure in recent years because of the levels detected in water.

“Last winter was not a great year, as we had a dry September followed by a wet October with heavy rain,” said Affinity Water’s Alister Leggatt.

“This resulted in spikes being seen in more catchments. However, there were fewer regulatory sample failures, as the spikes were short lived.”

To address the problem, four water companies have been investigating whether field-by-field zero-targeting could be the answer, asking farmers in high-risk water catchments not to apply metaldehyde on selected fields.

But the first year results unveiled at Cereals 2015 were mixed in terms of metaldehyde and farmer uptake.

In contrast, the Leam catchment [Warwickshire] had higher levels in 2014 than 2013. He said that three of the four catchment pilots will continue for a second year to further understand the risk factors.

This autumn, the Metaldehyde Stewardship Group is launching an initiative to provide water companies with information enabling them to decide when not to abstract water from rivers. This would prevent the active being pumped into reservoirs.

Dinah Miller of Thames Water said: “We would ideally stop abstraction when we know metaldehyde is in the river and start up again once peak concentrations have passed.”

A group of 20 agronomists will be enlisted to provide information, including progress of drilling, crop growth stage and slug pellet use.

However, Ms Miller warned that this would not be the whole answer as some water companies did not have reservoirs.

David Ellerton, technical development director at Hutchinsons, said the solution was a combination of in-field measures and smart water abstraction.

“We need to reduce the peaks by 2018 or we will lose this product. The hope is by liaising with water companies and encouraging farmers to use ferric phosphate in high-risk situations, we will have the solution.”