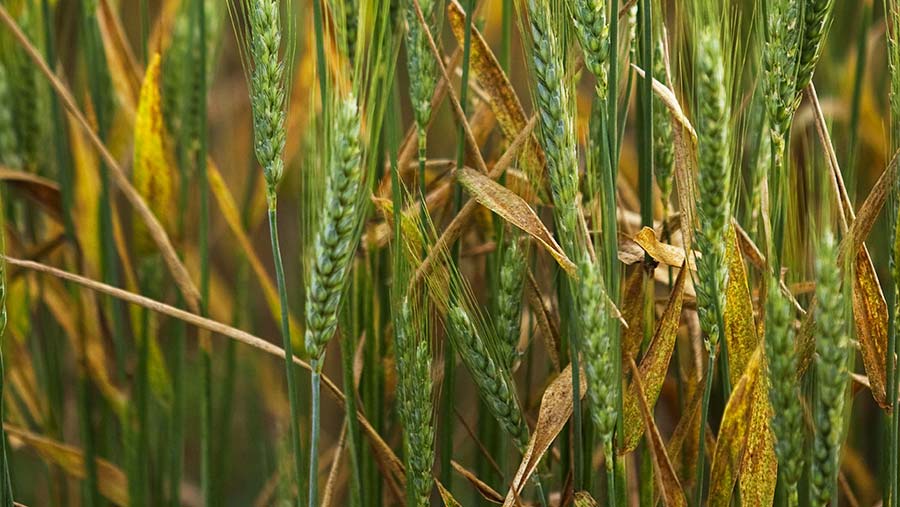 Brown rust is spreading in wheat crops in south eastern England from Kent up to The Wash due to warm humid weather and those growers who have not used a fungicide head spray need to get on quickly.

The disease normally affects wheat crops largely in Kent and Essex, but it is spreading through crops across East Anglia and is becoming a serious problem.

“It’s a serious problem in Cambridgeshire as the disease has come in quickly and late. Those who have not put on an ear spray should make sure they get on quickly with an azole fungicide mix,” he tells Farmers Weekly.

“Brown rust has been in crops for some time but over the last two weeks it has really started to develop because of the warmer weather,” he adds.

The disease tends to like warmer weather than yellow rust, which explains why it is suddenly been seen more widely, after yellow rust was more of a disease concern earlier in the season.

Both suggest using an azole such as epoxiconazole and/or tebuconazole to control rust at the T3 head spray timing along with prothioconazole for its action against rusts and fusarium.