Drones are increasingly being used to monitor and map crops. However, two farming brothers have gone a step further with one that sprays crops too.

In partnership with his brother Jack, Hugh Wrangham, who is also an engineer, recently established Drone Ag, a company specialising in mapping of crops.

But they soon saw an opportunity to use drone technology to spray crops, too, initially looking at bracken control.

Their goal was to create an integrated system using smaller drones to map crops, with ground trothing to generate the spraying prescriptions.

See also: 5 factors for farmers to consider when buying a drone to map fields

Then a larger automated drone to carry out the required spraying.

The machine, which is available in China and South Korea, has a 10-litre tank and eight rotors and can fly for 10 minutes on a single battery. This increases to 20 minutes with an empty tank. 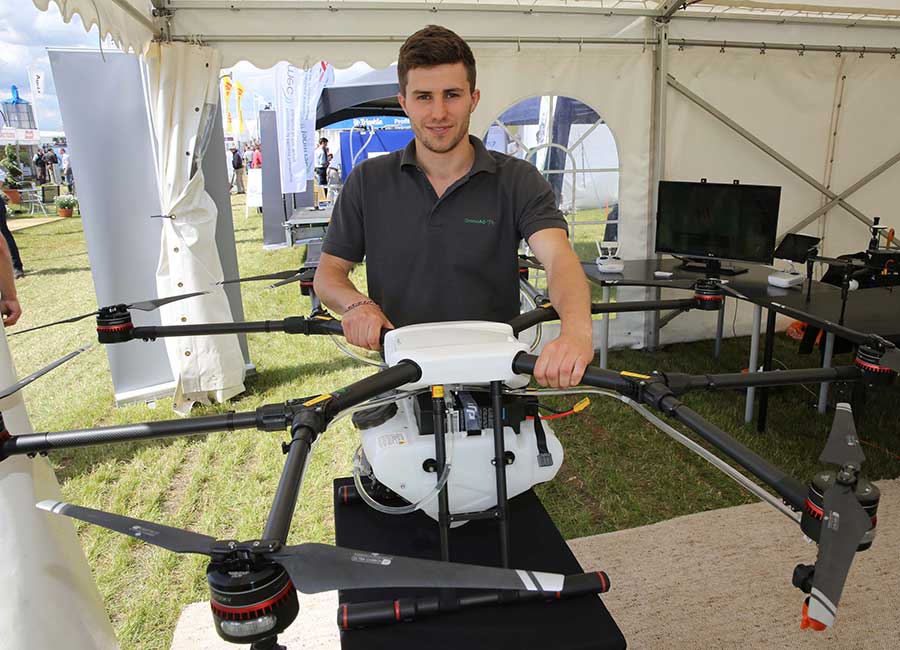 “It has a maximum operating speed of 8m a second and a spraying width of 6m,” said Hugh.

“We have found that the nozzles positioned below the rotors enlaces coverage with the downdraught.

“We have successfully trialled it in wheat and the farmer noted that the downdraft opened up the crop, enabling greater penetration leading to better coverage of stems and leaves, rather than just the heads.”

A radar sensor uses microwaves to keep it flying at a consistent height, and coupled with accurate spray rates and speed, gives accurate applications.

One area where he sees it having particular value in future is tackling blackgrass patches as the weed spreads further north. The family farms 600ha in Northumberland and blackgrass is starting to be seen patches in fields.

“We could glyphosate patches to help ensure it doesn’t get established,” he said.

Looking to the future, the brothers’ goal is not to just offer a fully integrated service, but to also offer training, support and supply drones to farmers. The spraying drone is being launched in the near future.