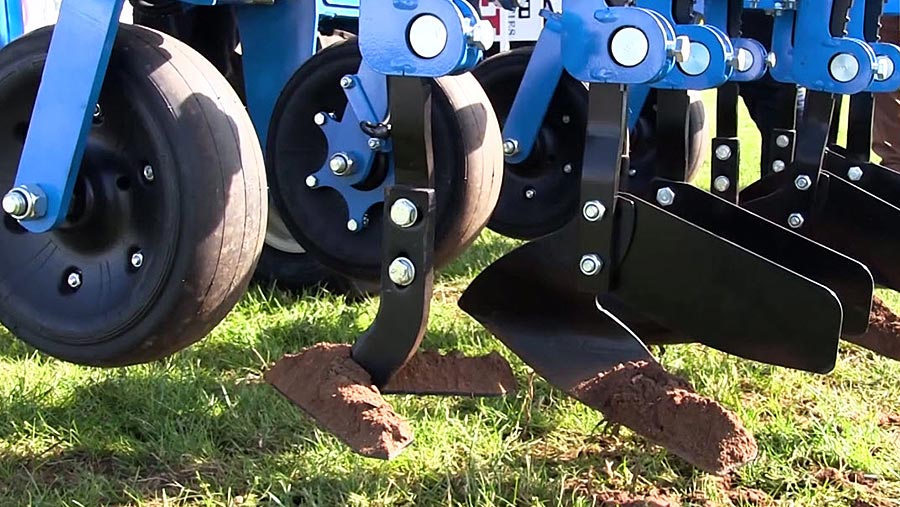 The prospect of robots working in British fields has taken a step closer to commercial reality with the UK launch of the first self-operating machine at Cereals.

The Anatis robotic weeder, from French manufacturer Carré, can mechanically weed between rows of vegetable and salad crops, using a variety of implements from the French machinery manufacturer’s existing range of tractor pulled implements

It is on display at Cereals so attendees can see it working autonomously. It is likely to attract interest from growers concerned about dwindling supplies of migrant labour.

While the machine is capable, in theory, of looking after bigger areas of more conventionally grown arable crops, Carré’s sales and marketing manager Charles Adenot said adding the working width necessary would deplete the battery life too rapidly.

He explained total area covered per day will depend on field shape, ground conditions, and whether sunlight is significant enough to top up the battery through the onboard solar panel.

The machine has a working width of 1.2m and a forward speed of 3-4kph and also carries a spot sprayer using off-the-shelf technology from Trimble’s WeedSeeker system.

Wheels can be adjusted so the running track can stretch between 1.45m wide and 2.05m.

Mr Adenot said the ability to adjust the machine makes it suitable for all standard vegetable row widths across Europe.

While battery life is a limiting factor, Mr Adenot is concerned about transitioning from its tractor-style batteries to lithium or other alternatives as this will push the price up and make spares and repairs more difficult to hunt down.

The challenge of building machines that are commercially viable and still affordable will define how rapidly they become popular – if at all, but Mr Adenot says a decline in UK migrant numbers will change the equation for some potential customers.

The machine is already attracting interest on the continent, with five French farmers taking delivery this year.

The Anatis will be available in the UK through Lincolnshire-based TRP Imports, who already sell Carré’s existing line-up of cultivation kit.

Alongside its weeding capabilities the robo-weeder can also gather information about weed populations, while recording extra crop density, light level and other weather data is planned for the future.

One barrier to this and other robots on both sides of the channel is the lack of legislation governing them. Health and safety laws mean robots aren’t allowed to work outdoors.

To see off future challenges, Carré incorporated significant safety features on the machine, with a function built into the forward camera that makes it stop if it encounters any unexpected obstacle.

It can also run in a “semi-autonomous” mode, where if a supervisor goes more than 100m away from the machine it will stop working.

The Anatis is the first in what is likely to be a number of robots launching into the arable sector in the future with significant levels of research and investment taking place in the UK and abroad.