Farmers who have bought a drone to manage their crops can now learn how to get the most from it after the launch of a new service from agronomy company Agrovista.

There is huge interest in drones and some farmers have bought their own kit, but are unsure how to use it or handle the data.

“To help farmers, we can come on farm to show how to set it up [the drone], fly it safely and use software to analyse the data,” says the company’s head of precision technology, Lewis Mckerrow.

The data captured by the drone is processed by Agrovista’s MapIT Pro software.

Mr Mckerrow suggests there are two key times to fly over crops. An early season flight will generate data that can be used generate variable seeding maps by mapping fields for establishment. 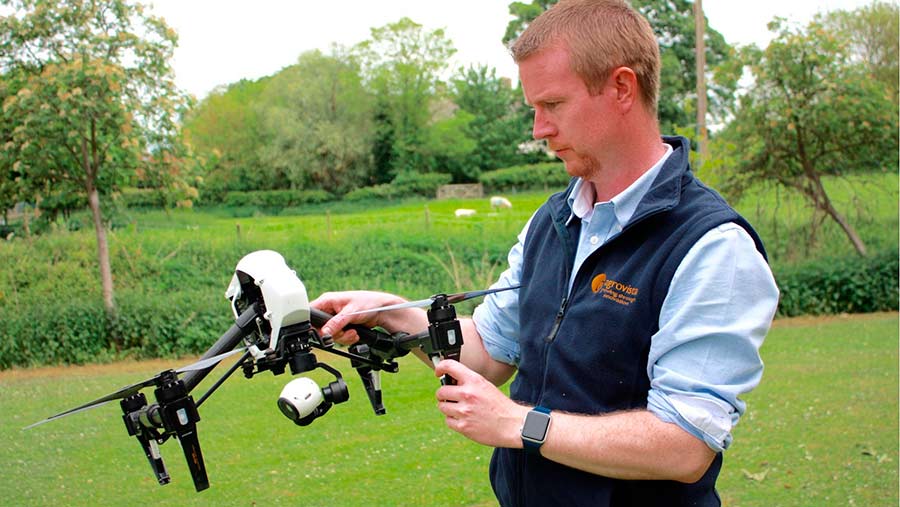 He says this highlights areas of good and poor establishment, allowing seed rates to be adjusted to result in the desired plant population.

Then a second flight at growth stage 30/31 enables farmers to tweak fertiliser rates across the field according to crop biomass.

Farmers who only require the data processing service will pay around 50p/ha per zone map and £1/ha for a zone and rate map.

For those who don’t have their own drone, Agrovista also offers a full service using its own quadcopters and for which there is increasing demand. “We have done 350 flights already this season,” he says.

Mr Mckerrow is also developing other uses for drones including plant counts for vegetable growers to help predict yields.

“For example, a grower could, on the computer, highlight the section of the field they are planning to harvest next week and the software will then predict what will be delivered to the pack house,” he says.

The system is still being developed.