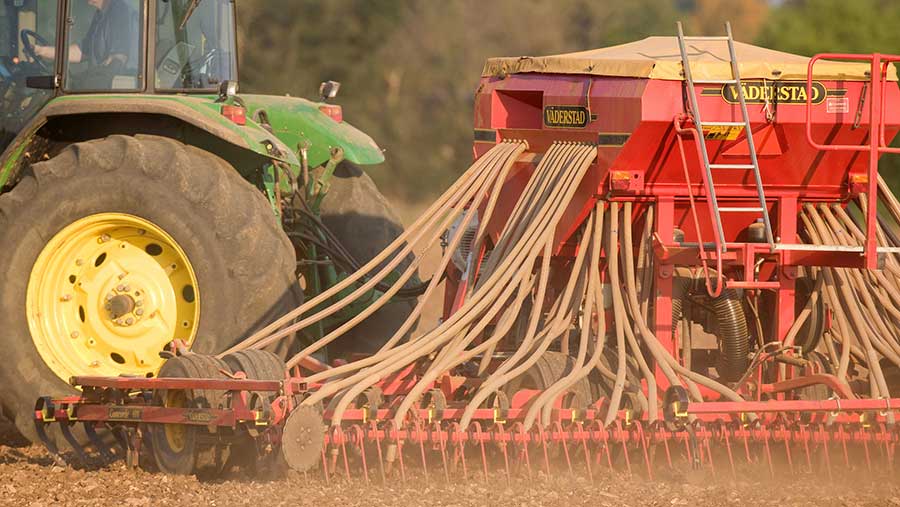 The Omnia Precision service is priced at £5/ha and will now allow growers to identify where crops are not yielding above the cost of production in order help identify hidden patches of poor yield.

In-field yield variation can be up to 8t/ha, said Hutchinsons’ precision technology manager Oliver Wood, and he claimed the new system will help make the most of yield maps, which are languishing unused in farm office drawers up and down the land.

The new service comes 12 months after the original Omnia service was launched as a whole-field management system, and has already been rolled out across 700 farms, covering 150,000ha.

Speaking at the Cereals 2017 launch event, Mr Wood said the new offering will allow growers to put in “virtual hedges” along where actual hedgerows once divided up today’s monster fields.

This is where the dividing lines between soil types actually lie, and thus where the benefit of changing practices such as seed rates, or even cropping, can be found.

The system will also let growers set yield targets for each field every year to allow better comparisons between cropping.

Although most farmers know which parts of their field perform consistently badly, this will then allow identification of areas which may have performed well one season, and poorly the next.

This will enable them to know where to conduct further investigation in the field, such as digging a soil pit to check for compaction or drainage issues.

While many growers may be put off by spending additional time in the office staring at the screen, or investing a lot in precision farming kit, he says that the service can be tailored to use as much or as little data as farmers have at their disposal initially.

“Variable seed rates are the most logical place to start for more consistent crops,” said Mr Wood, explaining many farmers already have drills that have the capability for this but are not using it.

He said three years of information should be collected before making radical changes to cropping, in order to iron out seasonal variation.

However, upping seed rates in poorer parts of the field to get more consistent crops to look after will often be an easy win that will demonstrate to growers that investing in this technology will often be a justifiable expense.