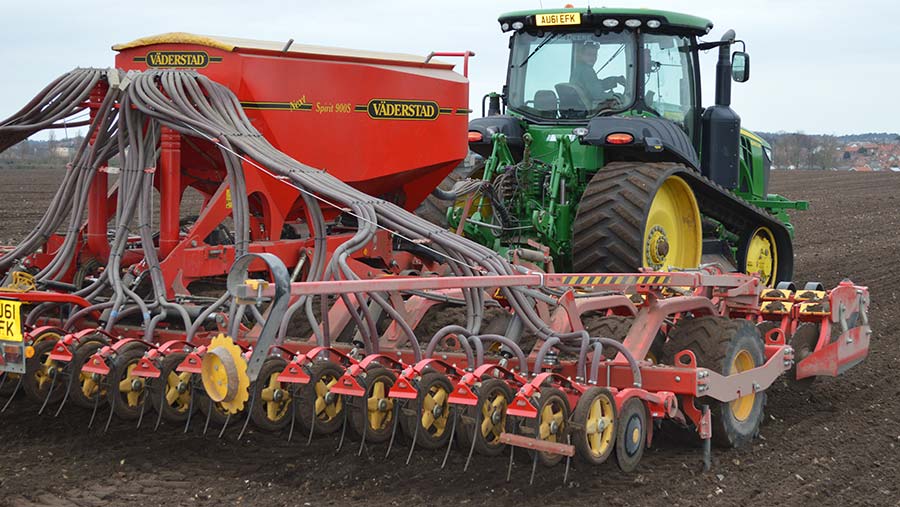 Winter wheat yields could fall and the viability of sugar beet might come under question if the ban on neonicotinoid seed treatment is extended to these crops.

Currently, the EU restricts the use of neonic seed dressings to flowering crops attractive to bees, such as oilseed rape, but it is proposing extending the ban to cereals, vegetables and sugar beet.

Agrochemicals giant Bayer is leading a “save our seed treatments” campaign to highlight that wheat yields could be cut by 0.6t/ha and the future of sugar beet growing could be in doubt if the ban is extended.

Julian Little, the group’s head of communications, argued against extending the ban while the current provisions for crops such oilseed rape are being tested in the courts.

He told a briefing at Cereals 2017 at Boothby Graffoe in Lincolnshire growers should be lobbying their MPs and using social media to try and maintain these important seed treatments.

Bayer markets its neonic clothianidin as a seed dressing in Deter or in combination with azole fungicide prothioconazole in Redigo Deter for use in winter wheat.

Chris Hartfield, from the NFU’s plant heath unit, argued seed treatments are more effective than insecticide sprays, and a ban could increase slug pellet use by 60%.

In March, the EU proposed extended the ban on three neonic seed treatments on flowering crops, largely oilseed rape, with a more widespread restriction covering cereals, vegetables and sugar beet. These proposals are due to be discussed in Brussels during July.

This initial ban came into effect in December 2013, due to a perceived harmful effect on bees, but flowering crops of wheat and sugar beet were seen to be less attractive to the insects.

One of the restricted neonics, clothianidin, is widely used in wheat. Defra figures for 2014 show that clothianidin seed treatments were used on 721,872ha of wheat grown in the UK, or about 38% of the wheat area.