A team of final year students from Writtle University College in Essex has won this year’s Cereals Challenge agronomy competition.

Competitors have been busy since spring making the agronomic decisions for either a high yielding feed crop of barley on heavy soil in a blackgrass situation, or a moderate yielding malting crop on sandy soil with moisture limitations. 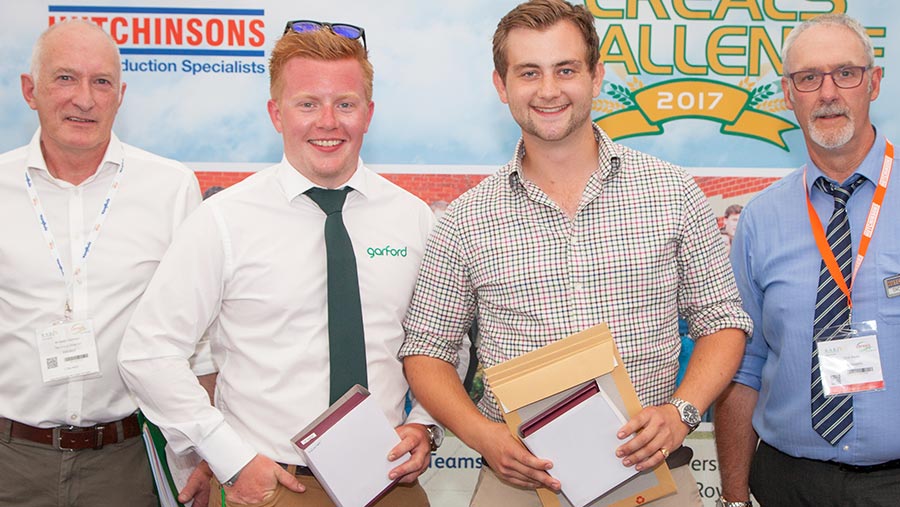 The eight-year-old competition, organised by cropping experts Hutchinsons and farm management company Velcourt, has had a revamp this year with competitors looking after a virtual trial plot rather than a real one at the Cereals site.

This was to make it fairer for those based further away from the site, and easier to schedule around exam commitments.

The Harper Adams team also collected a prize from the British Guild of Agricultural Journalists for writing the best report on their decision making, by setting out how and why they had changed their fertiliser applications through the season. 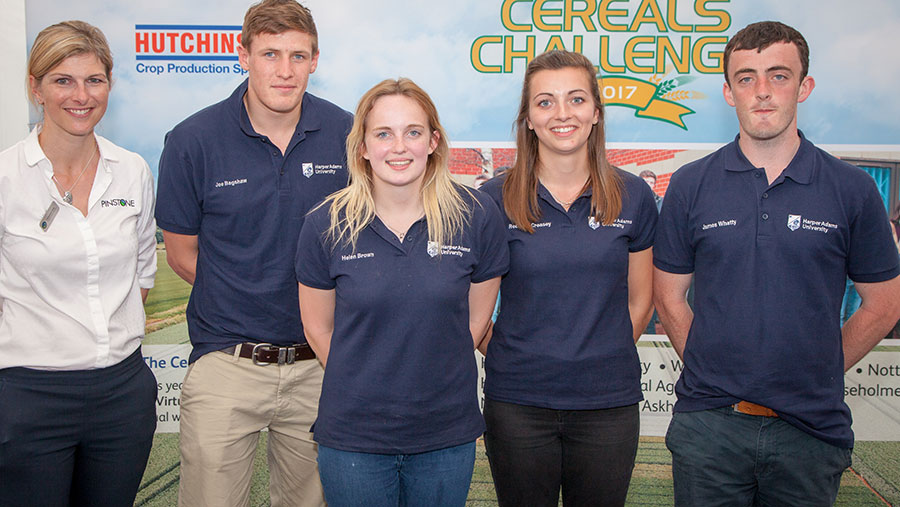