The emergence of new races of brown rust has seen a renewed focus on how to control a disease which can both slash wheat yields and affect grain quality.

Brown rust, which is more common in coastal regions and in the South, tends to develop later in the season than the other foliar diseases in wheat.

It prefers hotter, drier conditions than yellow rust to develop – so growers should think “hot and dry” for brown rust and “cool and wet” for yellow rust. 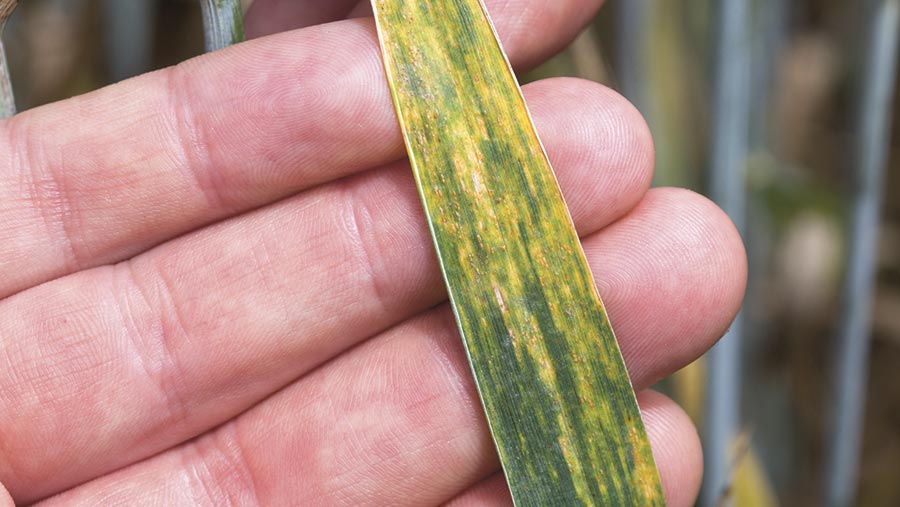 Given ideal conditions, severe infections take out significant green leaf area and can get on to the ear, causing average yield losses of up to 40% and also affecting grain quality.

However, until recently, brown rust was considered to be a lesser problem than other diseases like septoria and yellow rust.

That changed with the discovery of new races, some of which have been able to overcome varietal resistance and cause problems where they weren’t expected.

A recent example is that of the popular milling wheat variety Crusoe, which saw its brown rust rating fall to a 3 last year, following its susceptibility to the “Glasgow” race of brown rust, which re-emerged in 2015.

For Association of Independent Crop Consultants chairman and independent agronomist Sean Sparling, brown rust is a disease that can explode from mid-June onwards.

This makes fungicide choices at the ear spray timing important where susceptible varieties are being grown.

“We don’t always see it, but if it gets a hold, it can be difficult to overcome. Most of the fungicides work better as protectants on brown rust,” he says.

During autumn and winter, brown rust symptoms are confined to older leaves. At this stage, it can be difficult to distinguish from yellow rust, as both diseases are characterised by small orange-brown pustules scattered over the leaves.

By the summer, brown rust and yellow rust are much easier to tell apart. With brown rust, the pustules are scattered randomly, whereas yellow rust pustules are arranged in stripes. There is also a greater differentiation in colour.

Late in the season, brown rust can become very severe and result in leaf death, with leaf sheaths and ears also becoming infected. Tiny black spore cases may be visible on diseased tissue, indicating a second developmental stage of the fungus.

While these teliospores seem to have no function in the disease cycle, they may contribute to the development of new races through sexual recombination.

The disease is more efficient at entering the plant than yellow rust because the spores have sensing mechanisms which allow them to identify ideal leaf entry points.

Once within the plant tissue, the fungus can survive very low temperatures, although cold winters do help to reduce its survival. In the spring – especially in milder, moist weather – the fungus starts to grow.

Temperatures of around 10-15C and a relative humidity of 100% are perfect for initial spore germination.

Brown rust then spreads from disease foci in fields, transferred by wind-blown uredospores which can travel long distances. Typically, it develops later in the summer than yellow rust, during warmer days with dewy nights and humid spells of weather.

However, when there are higher than normal spring temperatures, the disease can develop much earlier in the season. As a result, crops should be monitored regularly.

As the season progresses, ideal growth conditions are days with temperatures of 15-22C, followed by overnight dews.

Surface moisture on leaves is essential for spore germination and the production of the brown pustules on the leaf that release the uredospores.

Dry, windy days help to spread the disease, which is also favoured by late nitrogen applications. By mid-late summer it has an optimum life cycle of seven days.

It is often more difficult to control than yellow rust, because it produces pustules which have the ability to form deep inside the leaf, making it harder to target with fungicides. It is also active over a wider range of temperature (7-25C) than yellow rust.

Early sown crops are at greater risk of brown rust, especially if a mild winter follows, as they are more likely to be infected by the wind-blown spores. 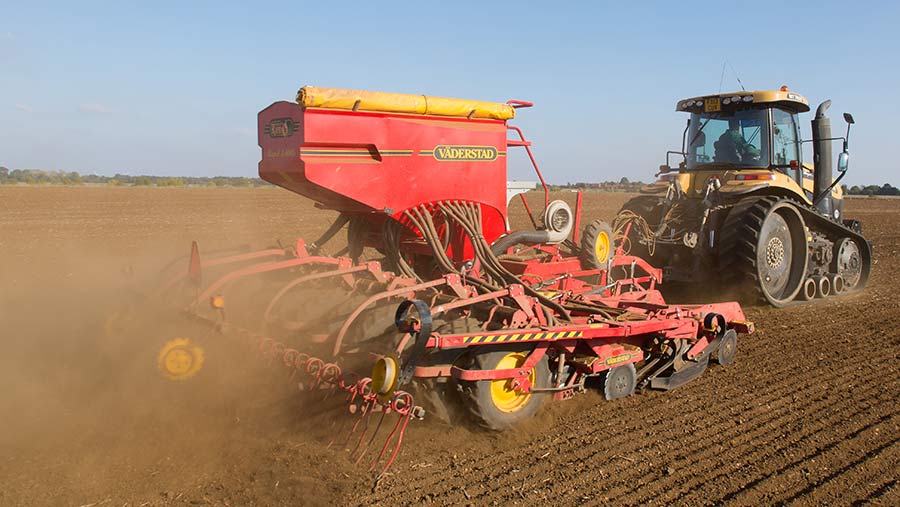 Southern and eastern parts of the UK, which tend to have higher summer temperatures than other regions, also have a higher incidence of the disease, putting susceptible varieties at greater risk.

Control of volunteers, which provide the “green bridge” between harvest and the emergence of new crops, is advised.

While resistant varieties are available, they need to be monitored regularly for the disease, as it is a very diverse pathogen and new races can occur.

Fungicides containing azoles, strobilurins and SDHIs are very effective, providing treatment intervals do not exceed three to four weeks. Under high disease pressure, these intervals may need to be shorter.

It’s very rare to have to take early action against brown rust, or to do anything specific for its control over and above a standard fungicide programme based on SDHIs and triazoles, says Bill Clark, technical director of Niab Tag.

He points out that it’s a disease that doesn’t cause problems early in the season, so any fungicide requirements are generally considered later.

However, in a very mild spring, the use of straight chlorothalonil at T0 can make any brown rust worse, he warns. “For this reason, add in an azole if rust is already there.” 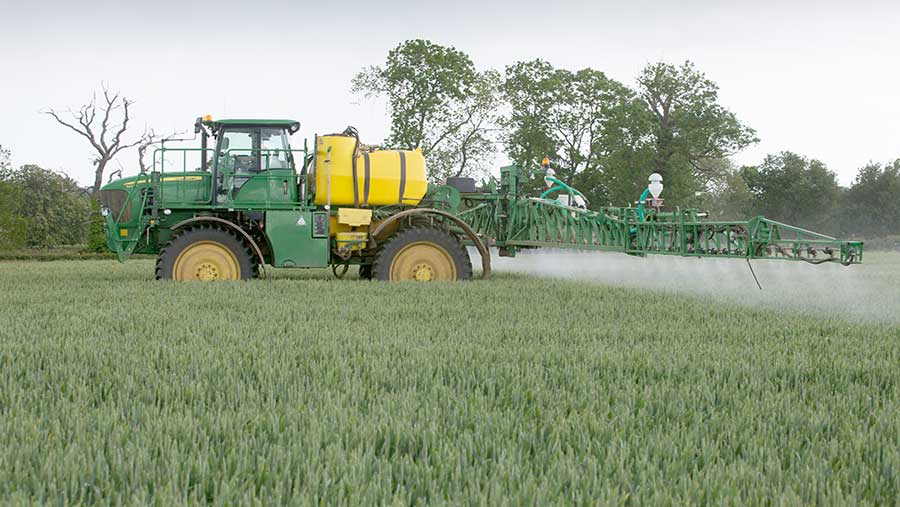 Azoles, strobilurins and the SDHIs are effective against brown rust, so their use at T1 and T2 will help control the disease, he adds.

“Any differences in the performance of individual products are difficult to pick up in a field situation, although trials suggest that epoxiconazole and metconazole are more effective than prothioconazole on brown rust.

“So choose them according to the disease pressures you are facing at the time.”

Brown rust is temperature driven, points out Jonathan Blake of ADAS, so it is easier to predict than some of the other diseases if temperatures rise and there is moisture present.

“It can be hard to stop it once it gets going, despite the amount of chemistry we have for it. The T1 and T2 applications will check it, and then specific action can be taken at T3 if required.”

An azole at T3 will work well, he advises, although the best active ingredients for brown rust control are the opposite to those required for a septoria top-up.

“Tebuconazole is the best, followed by metconazole and then prothioconazole.

“That’s why it can be a good idea to use a tebuconazole/prothioconazole combination, so that both diseases are controlled.”