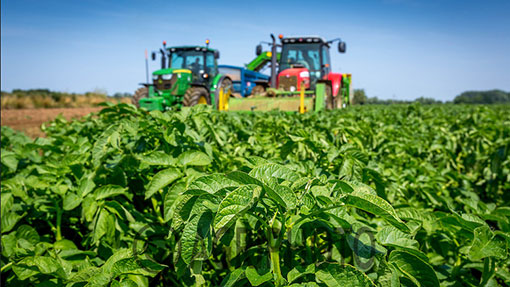 Commercially acceptable pest and disease resistant potato varieties will be vital for sustainable production. One company is working hard to bring them to market, as Adam Clarke reports.

Varieties that can provide resistance to both potato cyst nematode (PCN) species and late blight could be about to take a significant area of commercial potato growing land.

PCN is the most important pest for British potato growers and is estimated to cost the industry in excess of £50m a year in control measures and loss of yield.

There are two species of PCN – Globadera rostochiensis and Globadera pallida – and until now commercial varieties have predominantly had resistance to rostochiensis only.

With the more aggressive pallida now dominating populations in British potato growing soils, it has been the holy grail for breeders to produce a variety that is resistant to both – and crucially, is accepted by packers and processors.

Breeder and seed supplier Agrico UK have now achieved this feat, with its variety Arsenal having dual PCN resistance.

“We are in the process of supplying Walkers growers with seed for this season.

“With demand for crisping potatoes capable of resisting PCN increasing each year, Arsenal has the potential to substantially increase in area while simultaneously helping clean the land and keep it in long-term production,” he explained.

Growing resistant varieties will maintain yields in the presence of the pest and also significantly reduce its multiplication in the soil while the crop is growing.

Mr Gibson says that it costs breeders such as Agrico around €1m to develop a variety and takes around 10 years for it to be given a name and a further 5 years to reach commercial seed tonnages.

“It takes time and we also have to build the profile of these resistant varieties to gain interest, including the organic sector where they are not using conventional pesticides,” he added.

The company also has two dual blight resistant varieties, Carolus and Athlete, with the highest available score of 9 for both foliar and tuber blight.

Late blight costs UK farmers an average of £60m each year, which equates to about £500/ha or up to half of all production costs.

In a normal blight year crops may require about 10-15 treatments, but this can rise to 20 or more sprays in a severe year.

These sprays are often applied in seven-day intervals from the first Smith period – when there are two consecutive days where minimum temperature is 10C or above and on each day at least 11 hours when the relative humidity is greater than 90%.

However, apart from in the organic sector, these varieties have yet to gain much interest from conventional potato producers.

“You can lead a horse to water, but you can’t make it drink. We have to try and convince growers and end users of the potential benefits when switching to these varieties,” said Mr Gibson.

New research carried out by Scotland’s Rural College (SRUC), ADAS and the James Hutton Institute might go some way to convince growers of the potential benefits of using blight resistant varieties in their rotations.

Further to Athlete and Carolus, in the future there are likely to be more commercially acceptable varieties with late blight resistance scores of 7 or more.

The three-year LINK-funded project aimed to assess the feasibility of using resistant varieties in an integrated blight control programme, which could allow growers to apply lower fungicide input at wider spray intervals.

More resistant varieties were included that had late blight resistance scores of 5 and 7 and all were tested under artificially high blight pressure and treated with a range of fungicide inputs at both seven- and 10-day spray intervals.

Dr Bain told delegates at the Crop Protection in Northern Britain conference in Dundee that there is an opportunity now to reduce fungicide input using varieties with a high blight resistance score.

An example of this is Markies, a variety that was second only to Maris Piper in planted area in 2013, which has a rating of 5.

Dr Bain said there is less likelihood that growers would receive a penalty with varieties such as this if blight fungicide spray intervals are stretched to 10 days.

“We have clearly demonstrated it is possible to reduce the cost of blight fungicide programmes, but the system needs to be developed to allow the uptake by the industry as a whole,” says Dr Bain.