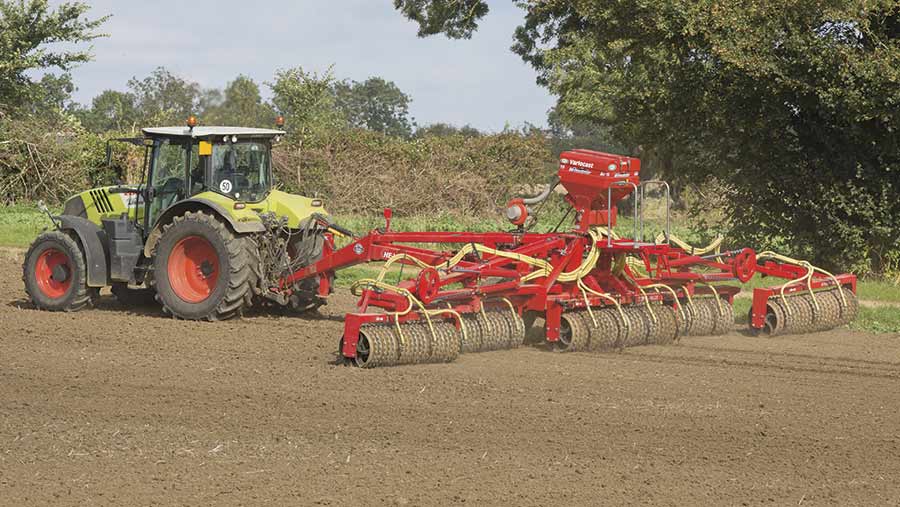 Bromes have become the biggest threat to profitable cropping for one south-western grower, who is rejigging his establishment strategy to battle the yield damaging weed.

He is considering cutting back his use of the plough in a bid to keep weed seeds buried, as well as beefing up his chemical control.

Sterile brome has been an issue that has been managed for a number of years by hand-roguing at Westcott Farm, situated in the Tamar Valley in south-east Cornwall, but meadow brome has also reared its head in the past two seasons. 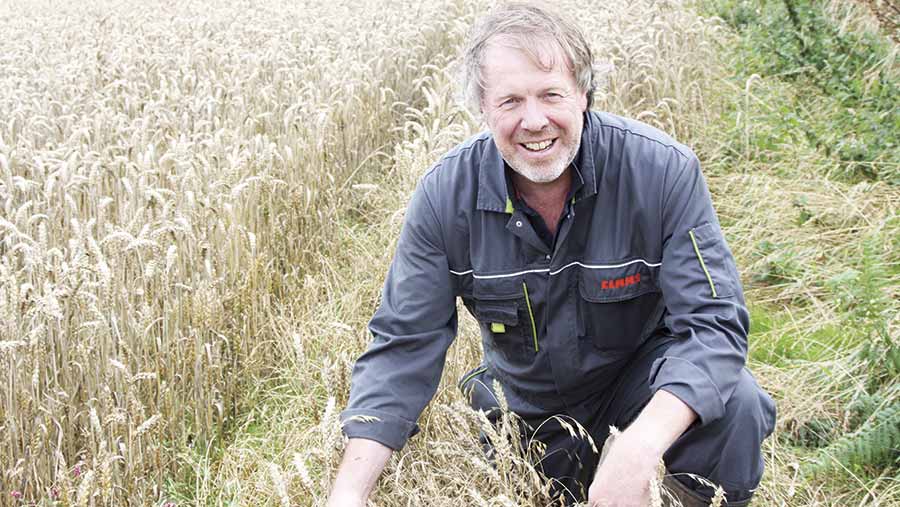 The thick and competitive grassweed is appearing in ever more frequent patches on headlands and is causing issues with lodging, says Mr Hambly, reducing yields by up to 50% in areas where it is thick. And it needs to be dealt with before it spreads further into the field.

Invasion from the hedge is the likely starting point of most people’s problems. The problem is more acute in this area as field sizes are smaller, with the average area on Mr Hambly’s farm around 4ha.

Having historically ploughed everything annually, he introduced a Simba Solo two years ago to cut establishment costs and is now looking at the benefits of reduced tillage from a weed control perspective as well.

Currently ploughing ahead of oats and barley in his rotation of oilseed rape, winter wheat, winter oats and winter barley, an increasing issue with weeds is prompting a further rethink.

This season he is conducting a trial to look at the impact of dropping the plough to once in his four-year rotation, between wheat and oats, by establishing half of his barley after ploughing, and half after the Solo.

Ploughing has to be done before oats in order to control wheat volunteers in his premium-grade crop of Mascani oats.

Limiting ploughing to once in the four-year rotation would keep weed seeds buried below germination depth for long enough to kill them off, providing less invasive cultivations can get crops established in the other three years.

With few compaction issues on his land in spite of an annual rainfall of over 1,500mm, he hopes that improving the cultural controls, alongside an increased chemical spend, will battle the blot on his otherwise largely clean cropping area.

As the south west has been less troubled by blackgrass than the arable heartlands of the east, Mr Hambly has for many years been able to keep his herbicide spend to a minimum, but last year introduced Broadway Star (florasulam + pyroxsulam).

This was applied onto the wheat in March, and left as late as possible as brome is late to germinate, but turned out to be a great success, says Mr Hambly.

However, when he looked around for a contractor to apply Avadex (tri-allate) to his ground ahead of winter barley, he was unable to find anyone with the machine as there are so few people in the region who use it.

He has, therefore, taken the plunge and now has an applicator of his own attached to a new set of rolls that he bought this season.

Managing the weed seed population is a critical part of reducing brome populations, and steps can be taken to do this throughout the season.

All of the speakers were at an event organised by BASF to promote the launch of its Arable Weed Control trials.

There is still time to enter the arable weed survey to claim a £5 Screwfix voucher and be in with the chance of winning a knapsack sprayer.