Improving soil structure is the cornerstone of a strategy to beat blackgrass on one Lincolnshire estate and it is showing the benefit as, after six years, the vicious weed is no longer having an impact on crop yields.

While winter wheat yields had been languishing at about 8.5t/ha when the problem was at its worst, Revesby Estate farm manager Peter Cartwright says that 10t/ha has now “come and gone,” with 11t/ha now firmly in his sights, and 5t/ha from oilseed rape.

This forensic focus on soils has influenced decisions from cultivations to crop rotations, as Mr Cartwright explains looking after the soil has paid dividends as blackgrass is less competitive on warmer, drier soils.

The forward-looking estate, owned by the Wiggins-Davies family for more than 300 years, is a hotbed of experimentation, and a particular focus has been paid to cover cropping in the 12 months since Farmers Weekly visited.

Cover crops ensure something is growing in the soils year round, explains Mr Cartwright, which helps prevent their heavy clay loam soils from slumping, and minimises the amount of cultivations that need doing ahead of drilling.

They also reduce the impact of wheelings by forming a natural barrier between the machine and the soil, helping to reduce compaction.

However, Steve Corbett, trials manager with national seeds and distribution group Agrii warns that nationwide, 80% of cover crops are not good enough to perform at their best.

He has been collaborating with Mr Cartwright and his agronomist Richard Butler, also of Agrii, to conduct trials at Revesby to find out which are the best varieties to do the job, and how to look after them to get optimum growth. 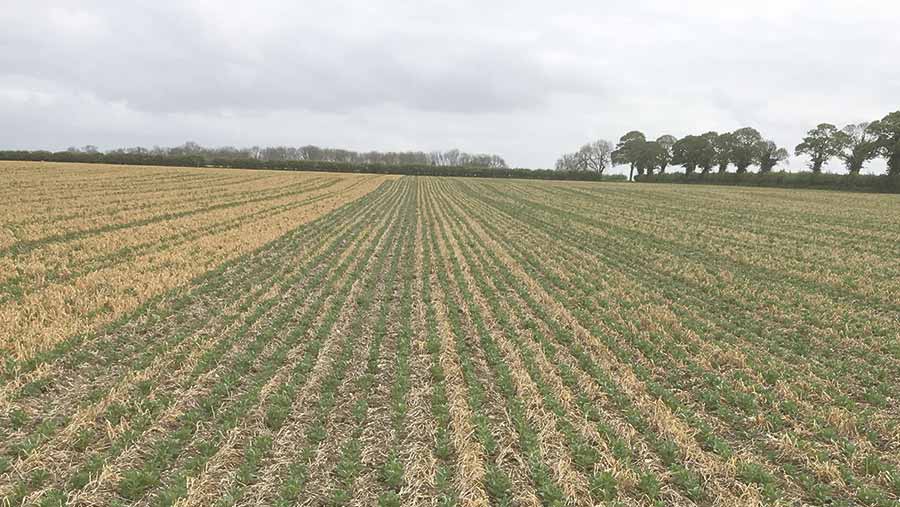 While the pair acknowledge there is still plenty to learn, they say the focus has to be on building biomass both above ground, to shade out weeds, and below ground, to take up maximum nutrition and hold soils in place.

This will help growers justify the time and money associated with growing cover crops by getting the most bang for their buck.

They have come up with five top tips for good growth:

Mr Cartwright says they spend on average of £25/ha on cover crop seed, and don’t often use more than two crops together, preferring to analyse which crop is needed on a field-by-field basis depending on soil type, how wet the year has been, and what the next crop would benefit from most.

Get cover crops drilled in August or as soon as possible after harvesting or blackgrass and other weeds are likely to swamp them out. This will also maximise the time plants have to grow.

The Revesby team have recently switched to a 10m Horsch Sprinter drill to establish the seed with less soil disturbance.

The drill also benefits from a metering system that will allow precise placement of the seed and a twin hopper.

This gives the option to plant two varieties at once without mixing the seed, improved accuracy of planting. If planting one variety only, fertiliser can be put in the other hopper to place it right next to the seed.

Applying 20-30kg N/ha will easily justify the cost with extra weed shading and mopping up of other nutrition in the ground, says Mr Corbett.

5 Be flexible with incorporation

Heavy soils will need the cover crop to be destroyed before drilling the next crop to allow the soil to dry out, as will many crops after oilseed rape as there will be more significant slug pressure.

However, other cover crops can be drilled into before spraying off providing an appropriate drill is available.

They have recently seen beneficial effects on a spring bean trial where one field was drilled in this manner as the still-standing crop had drawn the beans up 2.5cm higher than another plot where they were sprayed off before drilling and had gone flat.

Two of the most common cover crops used at Revesby have been phacelia and oats, with phacelia known for its good rooting, making it particularly good at preserving or improving soil structure, and a good choice ahead of winter wheat.

Oats, by contrast, have a finer, more fibrous root network, and have been shown to be highly efficient at scavenging phosphate, which Mr Cartwright says makes them particularly valuable ahead of spring beans.

He warned growers to remember not to use oil radish in a rotation with oilseed rape, as an extra brassica in the rotation will increase disease and pest pressure on the commercial crop. 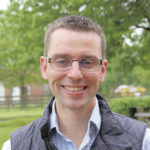 He says this justifies the extra seed spend beyond the 500 seeds/sq m required for optimum yields when drilling from the middle of March onwards.

This was done in a trial by using variable rate seeding, adding blackgrass distribution data to existing soil data which was already being used for drilling on the farm.

Mr Cartwright says the blackgrass data took priority over the soil data in areas where blackgrass was problematic, allowing seed rates to be increased regardless of soil type.

While this pushed seed costs up to £127/ha at the highest rate, he says that the increased costs required just 0.3t/ha yield improvement to justify.

He says yield responses at that level are highly achievable with good blackgrass control, and this was another way growers can use satellite mapping data if they are already paying for it, to help justify the annual cost of about £2/ha.

In spite of his success in battling the weed, Mr Cartwright is cautious about using the phrase “under control,” saying they are never more than one bad year away from a major resurgence of the weed.

To this end, he says he is going to continue experimenting with new control measures, so as to have a multitude of ways to challenge the weed every season.

On the highest risk land, he is planning to trial growing forage rye as it allows a wide range of pre- and post-emergence chemistry, as well as having a beneficial early harvest date, being taken off the land before the blackgrass has gone to seed.