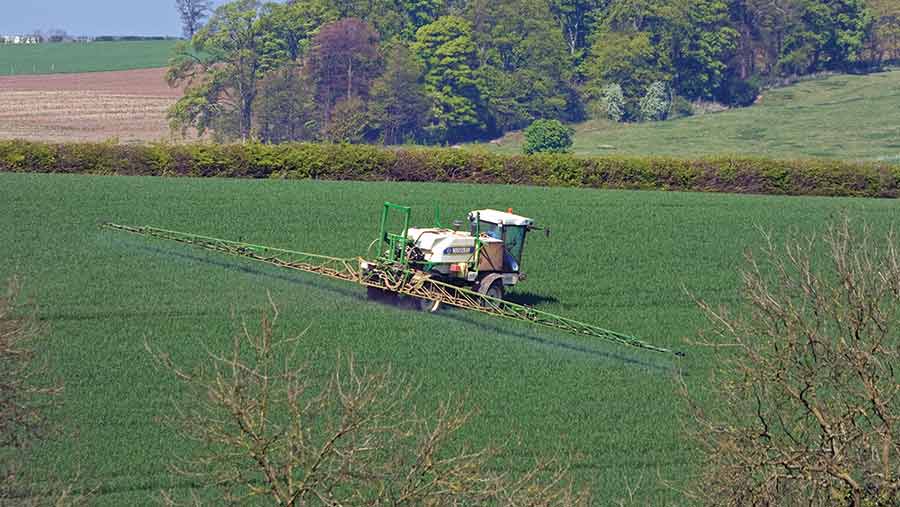 Pesticide rules, regulations and approvals are in a constant state of flux and the past 12 months or so has seen a number of changes to labels of commonly used products.

As a new combinable crop season begins, growers should take note of the most important changes, which may catch them out and result in illegal use or compromise crop safety.

Common pyrethroid insecticide approvals have come under the spotlight in recent months and products containing older actives such as cypermethrin have been reregistered with a number of key changes to labels.

Two examples are manufacturer Nufarm’s Permasect C (Mapp 13158) and UPL’s Toppel 100 (15696). Sale and distribution of these products ceased in March and April 2016, respectively.

Unless growers have stocks to use up before their spring 2017 expiry, they will have to comply with new conditions of replacements Permasect C (16994) and Toppel 100 (17071). These include:

A number of “straight” flufenacet products such as Sunfire, System 50, Fence, Gorgon and Realm came on to the market recently and are now joined by BASF’s flufenacet-picolinafen mix Quirinus.

Alongside cereal pre-emergence stalwarts Liberator and Crystal, there are now a number of flufenacet options and careful planning is required to remain within the 360g/ha limit.

All straight products have a growth stage cut-off and some also have a calendar date cut-off, while some are limited to one dose and others to a maximum total dose.

This must be considered if using the products in mixes or to top up flufenacet after initial pre- or peri-emergence applications. Other products such as Liberator have a wider application window and could therefore provide more flexibility.

Seen as another critical component of herbicide programmes constructed to fight blackgrass, granular product Avadex had its approved crops cut last year from 24 to just three.

Old-label Avadex (12109) can still be used until 31 December this year. However, only minimal remaining stocks are likely to be on farm, so growers will have to comply with the new label (16998) and key rules to remember are:

Any Extension of Authorisation for Minor Use (EAMU) on old-label Avadex will be lost on expiry.

However, manufacturer Gowan says it has EAMUs for winter- and spring-sown linseed and canary seed and miscanthus on the new label and is working on extensions for spring pulse crops.

It is also hoped full approval will be gained in sugar beet, but is unlikely to be granted ahead of 2017 plantings.

Dramatic changes have been made to tebuconazole-containing product use in oilseed rape and labels should be checked carefully ahead of any applications to ensure compliance.

Rotam’s Starpro is an older approval that has less arduous restrictions, with a maximum dose of 1 litre/ha and a 2.5 litres/ha maximum total dose. Latest application is before most seeds are green/brown mottled.

Where diflufenican-containing products are applied to successive cereal crops, levels of the herbicide active will build and even if ploughing to 150mm and thoroughly mixing soil ahead of planting, there may still be a risk of damage to following crops – particularly alliums such as onions and leeks.

As a precaution, users who rent land to growers of these crops should not use diflufenican-containing products in successive years before renting out land, if possible.

Using the active in sequences in a mixed rotation should be considered carefully to ensure the soil isn’t overloaded, potentially compromising crop safety.

There are also some rotational restrictions to remember for some products used in oilseed rape, particularly when renting land. Potential tenants should be aware of the rules regarding the following products:

Crops is working with Gatekeeper agronomists to highlight key pesticide rule changes and the potential implications, keeping you on the right side of the law and aiding on-farm record keeping.

Sentinel is a decision support tool linked to Gatekeeper crop management software, a programme that helps arable farmers with record-keeping and legislation issues. For more details visit the Farmplan webiste or call 01594 545 011.