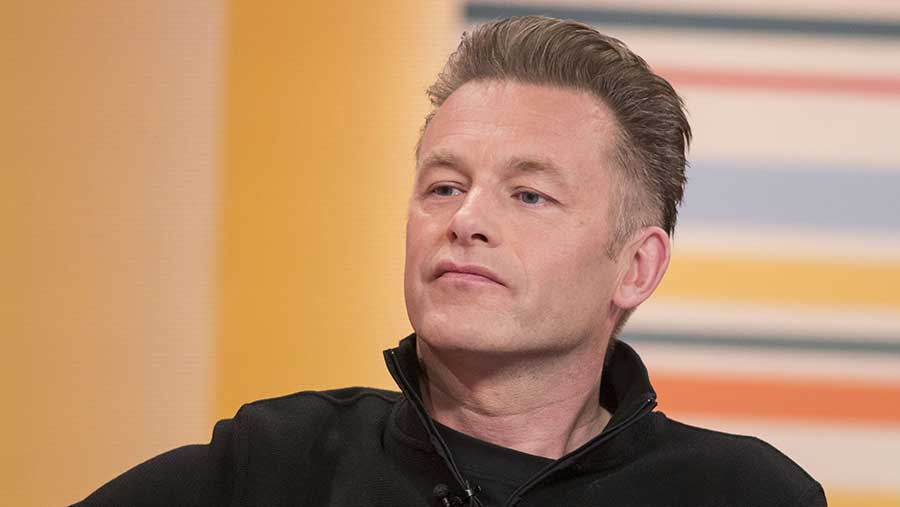 BBC presenter Chris Packham has risked the ire of the farming industry again – this time by urging people to sign a petition to ban glyphosate.

The Springwatch and former The Really Wild Show presenter posted a link to the online “Stop Glyphosate” petition on his Twitter account.

He told his 178,000 followers: “We could get toxic glyphosate banned but only if we act together. Sign now.”

On Sunday (12 February), Mr Packham tweeted a link to a study exploring “the potential dangers of glyphosate”.

Frustrated former NFU president Peter Kendall showed his disapproval via his Twitter account (@pkendallfarm). He wrote: “And he’s still being employed by the BBC.”

He wrote on his Twitter account (@sunkfarmer): “The birth control pill is more dangerous than #glyphosate as is toothpaste. Packham you buffoon do ya homework.”

North Yorkshire grower Andrew Wilson (@SpudSlingsby) accused Mr Packham of “pouring out cobblers” and he asked the TV host “does he want folk to starve?”

He wrote: “Why not campaign to ban bacon? It’s in the same [International Agency for Research on Cancer] category as glyphosate and people actually eat it. #posttruth”.

Regulatory bodies around the world have concluded #glyphosate is safe. https://t.co/EgEH7G93wj pic.twitter.com/OeL3TGjNec

Last month, Mr Packham angered farmers by posting a tweet claiming farmers were shooting lapwings, which was resulting in the decline of the iconic farmland bird.

He later apologised “for this mistake”.

It is is a vital tool for weed control which allows farmers to use conservation tillage techniques such as minimum or zero-tillage.

The European Chemicals Agency (ECHA) is reviewing the safety of glyphosate amid conflicting reports it may cause cancer.

Monsanto maintains glyphosate, when used according to label directions, “does not present an unreasonable risk of adverse effects to humans, wildlife or the environment”.

In July, the European Commission extended glyphosate’s license for 18 months, while advising members states to restrict its use on pre-harvest crops and in public places.

Glyphosate’s licence will be up for review at the end of 2017 and the ECHA has been tasked with deciding if it should be classed as a carcinogen.

Watch the ECHA video explaining its role in the EU-wide classification of glyphosate.