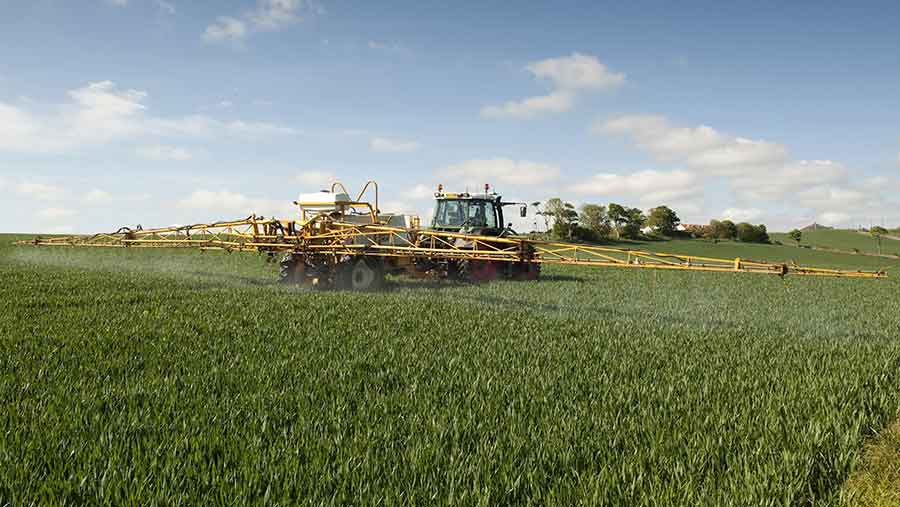 Brexit provides a “unique opportunity” for the UK government to base regulatory approaches to crop protection chemicals on robust risk assessment, the head of the British Crop Production Council (BCPC) has said.

Speaking at a fringe event at the Oxford Farming Conference, BCPC chairman Dr Colin Ruscoe said the sustainability of important plant protection products (PPPs) was under threat by the EU’s hazard-based approach to agrochemical approvals.

The current authorisation of pesticides in the EU uses hazard, the intrinsic toxicity of the active substance, rather than risk the potential for hazard to occur, as a criterion for approval.

Dr Ruscoe told the event, hosted by BASF on Tuesday (3 January), that a risk-based approach takes exposure to chemicals into account.

“Hazard is the intrinsic danger of a technology or a chemical. Electricity is hazardous. You can kill yourself with it. Oxygen is hazardous. If you have too much of it you will die,” said Dr Ruscoe.

“It is the way you are exposed to the technology that creates the risk. The hazard must be tempered by the other aspects of risk, which are exposure and recognition that we and indeed other organisms do have livers.

“We are capable of detoxifying or degrading chemicals, which if left to accumulate could cause harm.”

For some time, UK farmers have been dissatisfied with numerous aspects surrounding EU pesticide legislation (1107/2009) and water quality requirements imposed by the Water Framework Directive.

The European Commission’s hazard-based approach threatens the removal in the EU of up to 77 chemicals considered to have endocrine-disrupting properties, which may disrupt the hormonal system.

But Dr Ruscoe said Brexit offers the opportunity for the UK government to design de novo a brand of pesticide regulation and overcome the stifling of farm innovation in the EU.

He urged UK government to adopt a fully risk-based approach to product registration, based on sound science, such as the approach used by the US Environmental Protection Agency.

Dr Ruscoe said post-Brexit pesticide legislation must maintain or improve human safety and environmental standards, facilitate the principles of integrated pest management, support minor uses and emergency approvals as well as voluntary initiatives, which have demonstrably been proven to work.

He also argued that routine reviews of chemicals, automatic expiry of authorisations and especially political interference should be removed from future UK pesticide regulation.