Expensive extras or essential components of the tank mix? Whatever your view on adjuvants, there is plenty to get your head round in order to make sure that you are using the right one.

To start, it’s important to understand that adjuvants have no efficacy on their own and only ever work with a partner product.

Although they can perform a variety of tasks, their main role is to enhance the efficacy of a pesticide when added to it. 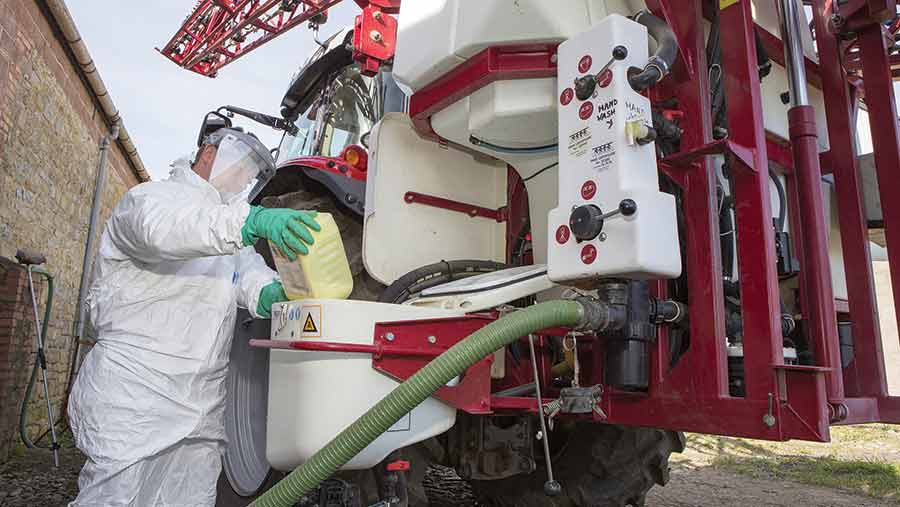 The good news is that in the UK, they are regulated through the Chemicals Regulation Division (CRD), where data on their safety and environmental profile can be found on the CRD website.

There, each one is given a unique ADJ number, and although there is no requirement for efficacy data, manufacturers do have to prove that they are safe.

See also: 8 checks to ensure your pesticide is not a fake

Using the website, growers can search the adjuvant database – looking at every authorised product and what they contain – as well as being able to compare products that contain the same components.

However, only adjuvants known as extenders come within the CRD’s remit. Additives – which include products such as drift control agents, tank cleaners, water conditioners and anti-foaming agents – don’t have to be approved or authorised, and have no restrictions on their use.

Choosing the right one

So, how do you know if you need an adjuvant? And what do you need to understand about them, in order to choose the right one?

According to Kim Christo of de Sangosse, there are three things to consider before you can justify their use.

“First, look at the pesticide label,” he advises. “Sometimes it will specify the need for an adjuvant – as is the case with Atlantis, for example.”

The second consideration is when you can identify a specific problem that will reduce pesticide efficacy, he continues.

“It may be that the weather forecast isn’t as good as you would like it to be, or it may be that you have a crop with a particularly dense canopy and you are concerned about the spray being able to penetrate that.” 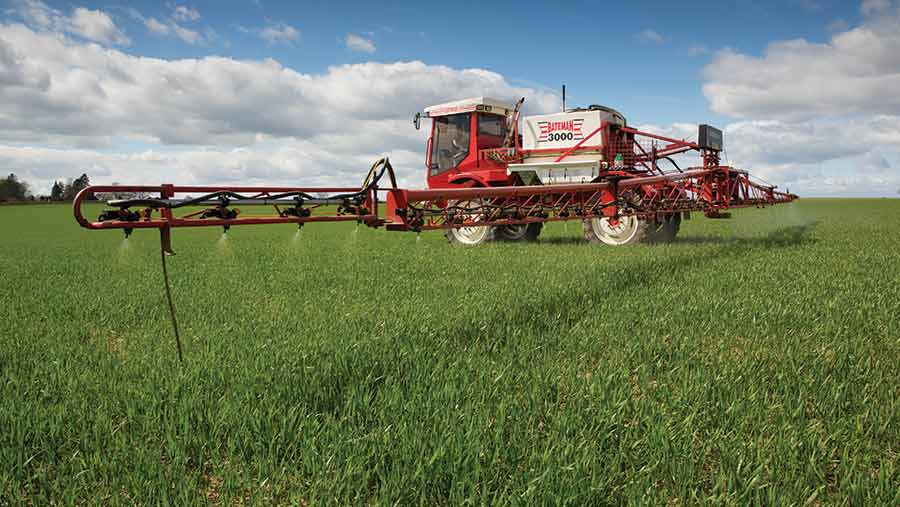 His third point on justification is when there is reliable data showing an economic benefit from including an adjuvant. “It does exist for some products and situations, so this is a very clear reason for including one.”

The science behind all adjuvants is surface chemistry, which is why they are sometimes referred to as surfactants, explains Mr Christo.

“Surfactants lower the surface tension between two liquids or between a liquid and a solid,” he says. “In practice, it means that they make water spread by pushing the molecules apart.”

This is why they are used to reduce spray drift, improve the spread of the product on the leaf and achieve better coverage of large target plants, to name just a few of their uses, he reveals

There are three main types of surfactants – anionic, cationic and non-ionic – with the majority of products on the market falling into the non-ionic category.

While the chemistry behind the different types may not be of interest, it is worth understanding how non-ionic wetters compare to oils and superwetters, so that their use can be matched to the right situation.

“The simplest type, a non-ionic wetter, such as Activator 90, only works on water,” explains Mr Christo. “As such, it will give a degree of drift reduction, as is claimed.”

Superwetters, which contain organo-silicone, come in various strengths and are used to spread the spray as a fine film over a large area, so that it dries very quickly.

“These have a physical coverage effect. So they can be used to help cover large plants, or for soil saturation for insect control or root-acting herbicides.”

Because they improve soil penetration, they can also have a place in dry conditions with residual herbicides, he notes.

Oils are more aggressive, as they destroy the leaf cuticle, so there can be temperature limitations on their use.

While there are mineral oils, vegetable oils and methylated seed oils available, it’s the latter which have taken the biggest market share since their introduction in the mid-90s.

“Methylated seed oils are not as aggressive, so they tend to be safer to the crop,” remarks Mr Christo. “They are used at lower rates, but often give better performance.”

Again, drift reduction and better leaf coverage are on offer, from the effect of the oil in helping to create a thinner spray film over a larger area.

Finally, there are adjuvant products on the market that combine several components, so that they can help in difficult situations.

An example of this is Torpedo II, which contains a wetter, a solvent and a stabiliser – bringing dewaxing, penetration and spreading properties to the spray.

“This is a good example of something to be used with SU herbicides, especially where they’re being applied at low rates. It improves their activity considerably.”

What about water conditioners?

Most water sources will have something else dissolved in them – giving them properties such as hardness or a high pH. And for some pesticides and their performance, this can matter.

The best known of these is glyphosate, which is affected by hard water. This is because glyphosate is an excellent chelating agent, allowing it to form bonds with dissolved minerals (cations) in the spray tank.

As a result, the glyphosate is locked up and becomes inactive as a herbicide – regardless of the formulation being used.

Water conditioners – of which there are plenty on the market – improve the properties of the water, and have to put in the water before the agrochemical is added.

By negating the effect of the cations, they allow the active ingredient to perform as it is expected to.

A further role of water conditioners is to prevent the pH of the spray solution causing degradation of the chemical, though a process known as alkaline hydrolysis.

This can affect some insecticides and herbicides, so a water conditioner is included to lower the pH.