Wheat growers are teetering on a cliff edge of fungicide resistance, with one cereal disease expert suggesting that new chemistry, set to be launched next year, could help avoid a big fall.

With the loss of key older fungicides, growers will have to rely on more disease-resistant wheat varieties and new fungicides to keep wet-weather diseases such as septoria at bay.

Stephen Kildea, a septoria specialist and research officer at Irish farm advisory service Teagasc, says the new chemistry will be needed, especially where disease pressure is very high such as in his home country of Ireland.

“We are facing a cliff edge of resistance which chlorothalonil has helped us hover above, so we are hoping the new chemistry will help avoid a fall,” he told a recent briefing in Ireland.

New chemistry such as BASF’s Revysol and Corteva’s Inatreq will help, but both will have to be carefully incorporated into spray programmes to delay the onset of fungicide resistance.

“In managing fungicide resistance, mixing modes of action will be key as well as alternating products within a particular chemistry,” Dr Kildea adds.

The winter wheat area in Ireland has slipped to just 60,000ha this season due largely to problems controlling yield-sapping septoria, and this is before the demise of chlorothalonil in May 2020.

BASF, the manufacturer of the new azole Revysol, says this product will give the same septoria control as older azoles such as epoxiconazole and prothioconazole before their efficacy started to decline.

Revysol – chemical name mefentrifluconazole – is cleared for use in wheat and barley and is set to be available with the group’s SDHI fungicide fluxapyroxad to complement the group’s other SDHI-azole mixes Adexar and Librax. 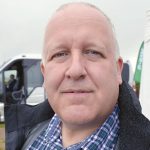 “This is easily the best azole for septoria, controlling all known isolates of septoria, including those resistant to SDHIs and existing azole,” he says.

The product could have a use at the T1 or T2 spray timing, or both, with Mr Dennis saying it could well be a good T1 option to take some of the pressure off choice of product at the T2 flag leaf spray.

Dr Kildea says the loss of chlorothalonil will be a big blow to growers, and he is busy looking at alternatives such as folpet to control septoria, and other means such as more resistant varieties and different chemistry.

He points out that it took 3-1/2 years before SDHI performance in Ireland against septoria started to drop off, so any new chemistry needs to be protected by mixing and alternating fungicide products.

“Looking forward we will be making recommendations with more tools in the toolbox,” he says.

The advent of Inatreq will give wheat growers three systemic fungicide groups with different sites of activity against septoria disease, adding to just two currently – azoles and SDHIs.

Further down the development path, BASF has a new strobilurin or quinone outside inhibitor (QoI) called Pavecto with good activity against septoria which could give growers four groups of systemic fungicides. This new product could be available in about three years’ time.

Strobilurins were introduced to the UK market more than 15 years ago but were largely overused and become largely inactive against septoria.