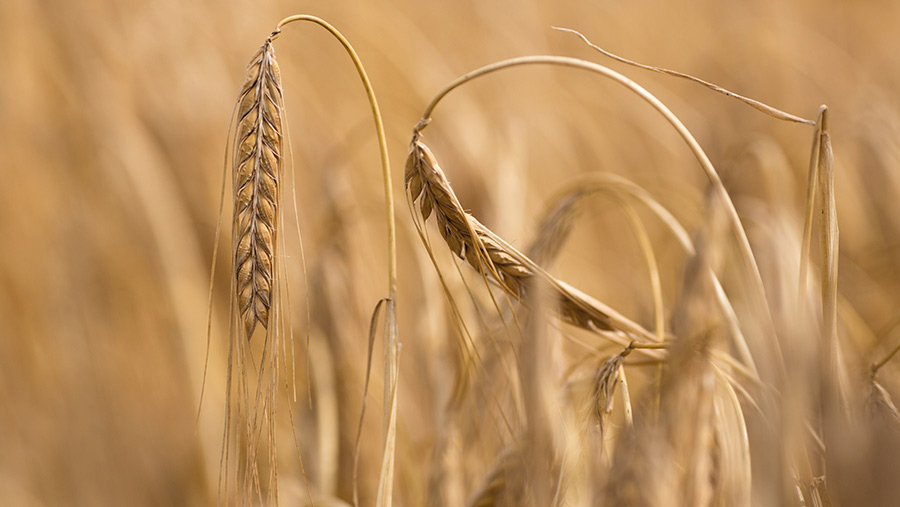 After taking part in a winter barley fungicide trial last season, Cornish grower Mike Hambly has rejigged his spray programme to include Revystar at the T2 timing.

The trial was established in alternative tramlines, comparing the farm’s regime consisting of Revystar, Siltra Xpro and Proline against the agrochemical firm’s treatment Priaxor, Revystar and Proline on a crop of Valerie winter barley.

Rhynchosporium is the single biggest threat to winter barley crops at the 200ha Westcott farm partnership near Callington, where Mr Hambly and his wife, Anne, farm arable and beef.

This is why Mr Hambly decided the T1 timing was the most important winter barley spray for controlling wet weather diseases, which can be fatal on a farm that receives an average annual rainfall of 1,500mm. 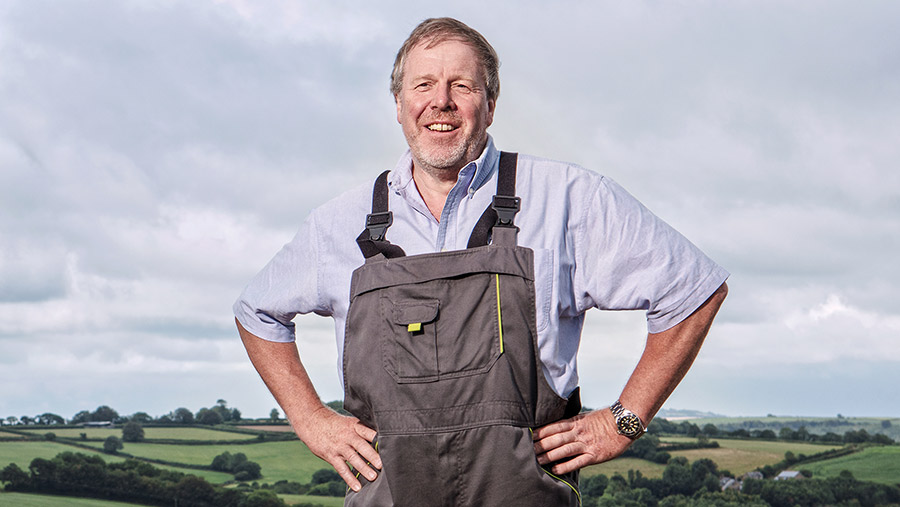 Therefore, a robust programme of premium products was used to achieve effective disease control at this early stage.

“A strong T1 spray is key in barley – more so than wheat as it is sink limited, which means yield is determined earlier in a crop’s growth stages. This is why we have been using Revystar,” he says.

However, BASF noted the same active performs better when used at the T2 timing, due to its increased greening benefits that optimise green leaf area index.

After the previous farm standard chlorothalonil was prohibited for use in 2019, Mr Hambly was keen to investigate how to maximise crop potential by incorporating Revystar into his fungicide programme and so he got involved with a BASF real results trial.

“We knew that Revystar was a potential contender, but it was initially prioritised for the wheat market. We wanted to ensure that the active would work for us on our farm and if so, find out what application timing would be most effective,” he says.

And so the trial comparing the two spray timings was carried out.

At harvest, yield data were analysed using the Adas agronomics approach to exclude yields from headlands, wheeling and any potential anomalous results.

The average measured yield of the farm standard treatment was 8.04t/ha, while the BASF was 8.58t/ha – a statistically significant yield uplift of 0.54t/ha.

Since taking part in the BASF real results trial last season, Mr Hambly has now switched up his entire fungicide programme in the hope of reaping the rewards of a yield increase.

“We’ve been involved with a number of real results trials in the past, but we have never seen such significant results as these, so we adopted BASF’S fungicide programme across all our 42ha winter barley area.”

This season, the two winter barley varieties Flynn and Cassia are grown on-farm, using 0.75 litres/ha of Revystar at T2.

Although the variety Valerie was used in the trial last year, the cultivar proved more sensitive to barley yellow dwarf virus infection.

“When it came to dose rate, we did consider a lower rate of 0.5 litres/ha, but we wanted to optimise rhynchosporium and ramularia control so we decided against it.

“The strong persistency and kickback of Revystar is valuable to us in the wet Cornish climate and getting the right dose rate is important. What’s more, with the price of grain where it is, the returns from using fungicides this season have never been better.”

Crops were planted on 14 October with a Vaderstad Rapid drill into good seed-beds.

This marked the first year in three where all winter crops were planted in the same year that drilling commenced, due to the previous wet autumns.

Mr Hambly opts for relatively high seed rates, planting at 350 seeds/sq m in order to optimise tillering and ears/sq m, where he aims for more than 900 ears.

Winter barley is a key crop on the farm, as it plays an important role in the farm’s barley beef cattle fattening enterprise.

Keeping an eye on cropping production costs and maximising return on investment is therefore crucial to a profitable business.

Following winter oats with winter barley has lifted barley yields by up to 1.5t/ha, through the provision of an effective break and removing the risk of take-all.

Winter barley fits in well at the farm and provides the early entry needed to optimise the establishment of oilseed rape and grass reseeds.

Revystar contains the azole mefentrifluconazole and the SDHI fluxapyroxad, a systemic fungicide with protectant and curative properties for effective disease control.

Its two active ingredients are complementary to one another, leading to a broad range of activity against cereal pathogens.

He also notes that unlike wheat crops, the lower leaves in barley contribute a significant proportion to final yield.

Keeping these leaves clean of disease is critical as they play a key role in photosynthesis levels.

Containing the SDHI fluxapyroxad, the product also offers the ability to increase straw strength, which is particularly important within the area as heavy Cornish showers in August can often leave heads on the ground and lead to costly yield penalties.

Too high rates can increase the resistance selection pressure, while lowering dose has the effect of decreasing persistency of chemistry, leaving crops vulnerable to late disease development.

“Last season, quite a few people cut back on rates due to no visible signs, but this came back to bite them later on in the season,” he says.

When applied to barley intended for malting, refer to the latest timing restrictions for fluxapyroxad + mefentrifluconazole given by the British Beer and Pub Association.

This is currently up to growth stage 45 only. There is a maximum dose of 62.5g/ha for fluxapyroxad, but there is no restriction for mefentrifluconazole.

Using Revystar at T2 timing left Priaxor as the driver of disease control of leaf three and four at T1.

Richard Guest, BASF’s agronomy manager, explains that a genetic mutation in net blotch known as the FL129 mutation makes the disease resistant to strobulurins, but he notes that Priaxor is not as affected as others, makes it a good choice at this spray timing.­