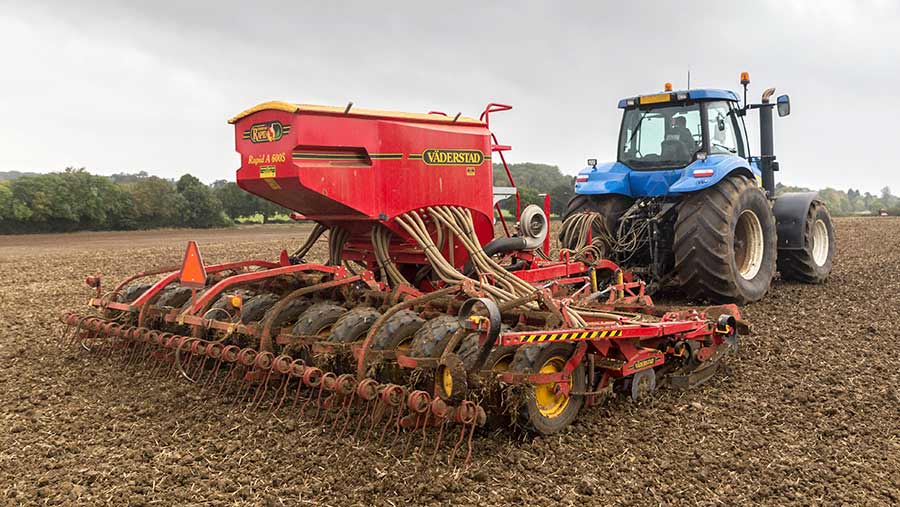 There is a common perception that growers don’t need to use any control measures for take-all when growing winter barley. However, experts believe there is now a growing case.

Changes in barley management and the increasing yield potential of new varieties have strengthened the case for using seed treatments to reduce the impact of the soil-borne disease.

Take-all is a fungal pathogen that is widespread in all UK arable soils and attacks the roots of cereal crops including wheat, barley, rye and triticale.

It can significantly reduce yield by hindering water and nutrient uptake of infected plants and is often most acute in second and third wheats, where inoculum has been allowed to build within the soil.

See also: How to carry out a pre-season check on a StocksAg seeder

As winter barley is grown almost exclusively as a second cereal behind wheat, the crop is also at considerable risk of infection.

However, Jonathan Blake, a plant pathologist and principle research scientist at Adas, highlights that the long-held view is that it is less affected by take-all symptoms.

This is because winter barley’s yield potential – mostly determined by shoots/sq m and grains/ear – forms much earlier than in wheat. So when soil temperatures hit 10C+ in late April or early May and take-all bites, there is less yield loss.

This view had been reinforced by AHDB analysis investigating the impact of take-all in wheat and barley between 1999 and 2004, which showed little or no yield response to the specific seed treatment Latitude (silthiofam) in barley, despite positive effects in wheat. 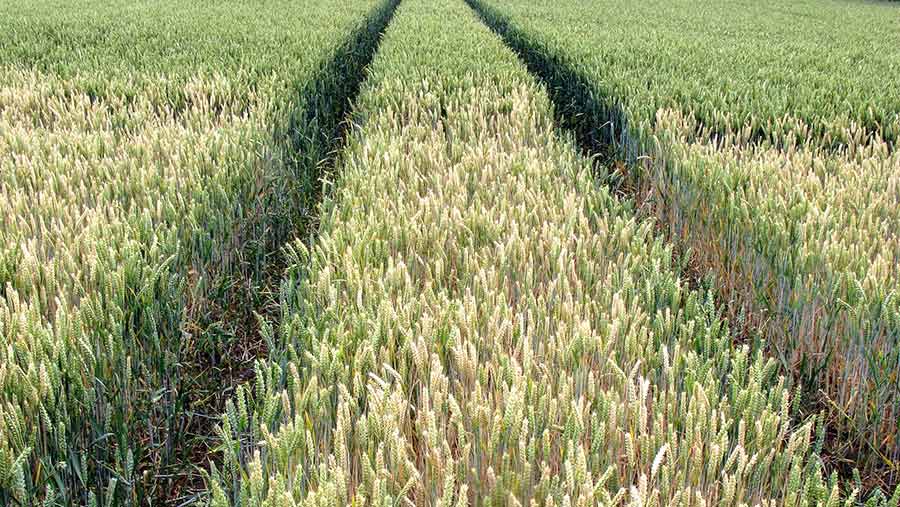 Combined with an evolution of winter barley agronomy, where more emphasis is placed on pushing crops earlier in the season for greater biomass, crops are taking more time to fulfil their potential.

“Where you have boosted shoots/sq m and grains/ear, you are relying on late-season green leaf area to capture light and fill out the crop,” Mr Blake explains.

“As the need for that late season energy has increased, so has the likelihood of take-all having an impact on winter barley yield.”

To explore the impact on newer high-yielding varieties, Adas carried out a comparison last year at its Herefordshire and Norfolk sites with four varieties – two-row conventional types Orwell and Craft and six-row hybrids Volume and Bazooka.

At the Herefordshire site, a yield response of 0.5t/ha was recorded on Volume and an average response of 0.24t/ha was observed across all varieties.

This is similar to an earlier trial (2010) where two-row types Cassia and Saffron had responses of 0.5t/ha and 0.9t/ha, respectively, with the seed treatment.

With winter barley mostly grown as a second cereal and the potential to delay its drilling limited, rotational or cultural methods of minimising the impact of take-all in the crop are reduced.

Taking this into account, along with the trial results, Mr Blake says a silthiofam seed treatment can play a role in its management.

“Silthiofam can help maximise yield and it’s in early-sown barley crops where you are most likely to see a benefit, as infection risk is higher and you tend to have more tillers and more potential,” he says.

“Growers may also benefit when it is used on malting varieties, with the added yield helping to dilute grain nitrogen and hit key parameters for malting or brewing uses.”

The agronomic case for using a take-all specific seed treatment in winter barley is clear, but with the crop often seen as a lower-input alternative to winter wheat, most growers remain unconvinced of the economic argument.

However, James Barlow of seed merchant ADM Agriculture believes there is a compelling case for investing in the seed treatment.

The cost of the treatment is about £205/t and in a conventional variety sown at a sensible seed rate, that equates to about £34/ha.

Assuming a feed barley price of £130/t and a yield response of 0.4t/ha, growers would get a benefit of about £56/ha or a return-on-investment ratio of 1.5.

In hybrid varieties, however, the figures are even more attractive. At lower seed rates, the cost of the treatment reduces to £20/ha and the return ratio goes up to 2.6.

To unlock the high yield potential of hybrids, Mr Barlow says more investment in inputs such as nitrogen and crop protection is required compared with conventional varieties, and for a relatively low sum of £20/ha, the seed treatment can help maximise crop performance.

“Silthiofam has been pigeonholed as a second wheat treatment, but with most barley grown in a second cereal slot, it’s just as prone to take-all,” he says.

“Hybrids now represent about one-third of the UK winter barley area, so there is a significant proportion of crops that could benefit from treatment.”