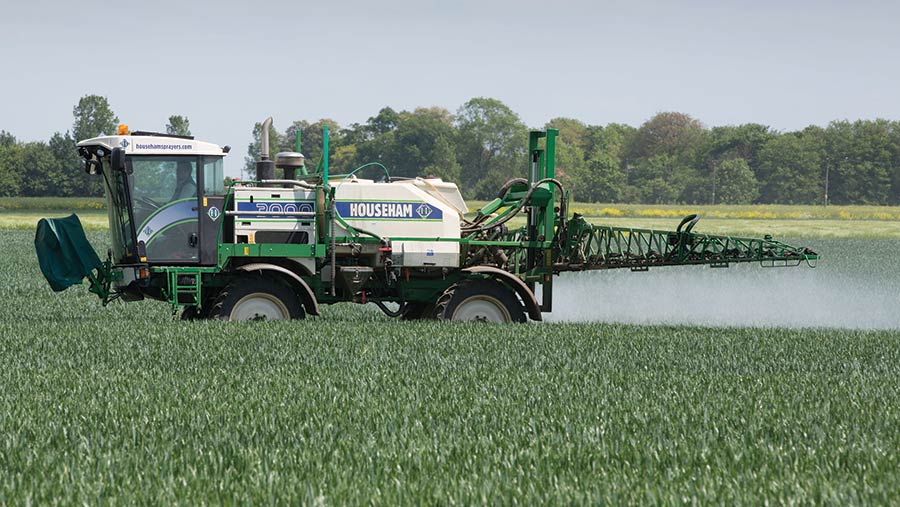 The swing to early cereal drilling this autumn and the resultant signs of early disease may mean multisite fungicides are more important next spring to help slow down disease resistance.

Diseases such as yellow rust in wheat and net blotch in barley are being spotted in early-drilled autumn crops, and multisites could help reinforce spring fungicide regimes.

The number of multisite protectant fungicides for cereals is shrinking with chlorothalonil now banned and mancozeb likely to be banned for 2022, leaving just folpet. All three have been used since the 1960s.

Andrew Bailey, fungicide technical specialist at agrochemicals group Adama which makes folpet, says there is a need for diversity within fungicide programmes to prevent disease resistance.

“In early-drilled crops, there is the potential for increased levels of overwintered septoria while we are already seeing net blotch in barley,” he told a group briefing.

Multisites are protective in action rather than curative, and show little sign of resistance against septoria. Curative systemic fungicides like azoles, SDHIs and strobilurins operate on a single site in the disease fungus and can show signs of resistance to the fungus.

During a North Yorkshire trial in the low-disease year of 2020, adding folpet to three fungicide sprays gave a yield increase of over 0.3t/ha and extra profit, says Mr Bailey.

This came in a year when the UK cereal fungicide market fell 30% to £178m during the 2019-20 season, due largely to the severe spring drought which dampened disease pressure.

Alison Bosher, technical and marketing director at the agrochemicals group, is looking for the market to recover in 2021 due to the rise in early drilling and a likely bigger wheat crop estimated at 1.8-1.85m ha, after 1.4m ha previously.

In the North Yorkshire trial, the wheat variety Skyscraper was given a full fungicide programme of Ascra (SDHIs bixafen and fluopyram + azole prothioconazole) at T1, and Revystar (SDHI fluxapyroxad + azole mefentrifluconazole) at T2. When folpet was added at 1 litre/ha at the T0, T1 and T2 timings, there was a yield rise from 8.39t/ha to 8.72t/ha and the margin over fungicide costs rose £23/ha.

Mr Bailey adds that T1 is the key timing for the inclusion of folpet, and says that, during the trial, he costed folpet at £9/litre and feed wheat at £150/t.

“This was a low response year, and we would have expected a bigger response in a wet year,” he says.

When growing septoria-susceptible wheat varieties such as Skyfall, Barrel and Skyscraper with scores of less than 6, on a 1-9 scale (where 1 is very susceptible and 9 shows good resistance), he advises growers to use three folpet sprays at 1 litre/ha at T0, T1 and T2.

Folpet is marketed as Arizona by Adama, part of the Syngenta Group which belongs to Chinese state-owned ChemChina.