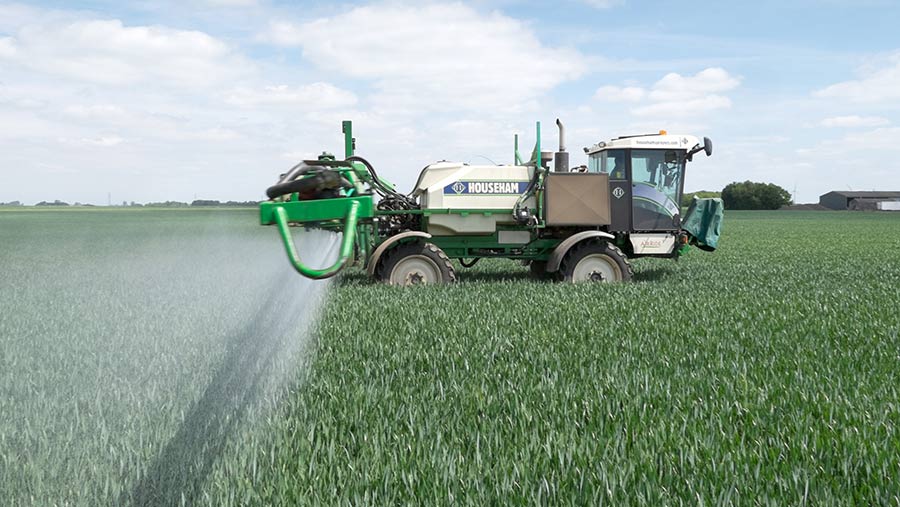 New cereal fungicide Revystar XE from BASF has given strong results on septoria in the AHDB’s fungicide dose response work, with its greater persistence of control resulting in an extra 0.3t/ha in yield, compared with existing fungicide choices.

As such, it represents a step up, says Jonathan Blake, associate director of crop protection at Adas, who points out that a half dose of the new product does more on the disease than a full dose of the alternative SDHI mixes.

Bayer’s Ascra Xpro tracked it closely on septoria, but a gap opened up between the three-way Bayer product and Elatus Era on this disease in 2019, with the Syngenta product being less effective, he reports.

Yield responses of an additional 0.3t/ha were recorded from a single application of Revystar XE made in a high-pressure situation, which is how the performance of individual active ingredients is assessed in the work, with both protectant and curative activity investigated.

Against yellow rust, however, newcomer Revystar XE was not as strong as either Elatus Era or Ascra Xpro, says Mr Blake.

“The SDHI mixes did well on yellow rust, with Elatus Era giving the greatest yield response from its ability to provide four weeks’ control. Otherwise, epoxiconazole is still very active on yellow rust and prothioconazole performed well too.”

On brown rust, the leading products were Revystar and Elatus Era, while all of the products tested gave good levels of mildew control.

The first case of resistance to pyrethroids in the bird cherry oat aphid has been confirmed in Ireland.

“Almost half of the virus detected was RPV [a strain of BYDV], which is only transmitted by the bird cherry oat aphid,” he reports.

“If these aphids are now likely to become resistant, we’re going to need more information on the different virus strains.”

In barley, both fluxapyroxad- and prothioconazole-based products were best on rhynchsporium and net blotch, although Mr Blake stresses the need for higher rates on net blotch.

Routine analysis of all harvested grain will be advocated when the new phosphate recommendations in RB209 are released in the new year, says Adas researcher Roger Sylvester-Bradley.

Grain sampling is a more precise science and allows growers to measure P offtake and check for P deficiency, he stresses. P offtake values have been reduced from 7.8kg/t to 6.5 kg/t, but this new guidance should be used with grain testing.

In addition, a new grain P deficiency threshold of 0.32% will be applied – as it is the level that shows the crop might not have received enough P.

“Mixtures at half rates used to do well – that’s not the case anymore. You need to apply more.”

A ramularia trial provided an opportunity to test Revystar against standard treatment chlorothalonil, which has been banned from 20 May 2020.

“Revystar has useful activity against ramularia, but not at the chlorothalonil level that growers are used to. Interestingly, prothioconazole adds some activity, suggesting resistance is patchy.”

Two new fungicides, based on existing active ingredients, were included in the dose response work this year.

Against phoma, SDHI mixes gave the highest levels of control, although the azoxystrobin component in Angle did add to the control offered by difenoconazole.

On sclerotinia, fungicides based on either prothioconazole or boscalid worked best.

Not much of a further decline in SDHI performance on septoria was seen in 2019, but there was more separation between the products.

The septoria population is now dominated by less-sensitive strains, but they aren’t increasing, confirms Mr Blake. “We are watching the more worrying H152R isolate closely, as it did overwinter at one of our sites.”

In addition, the azoles seem to have stabilised for now, with Mr Blake revealing there hadn’t been any further slip in their performance. 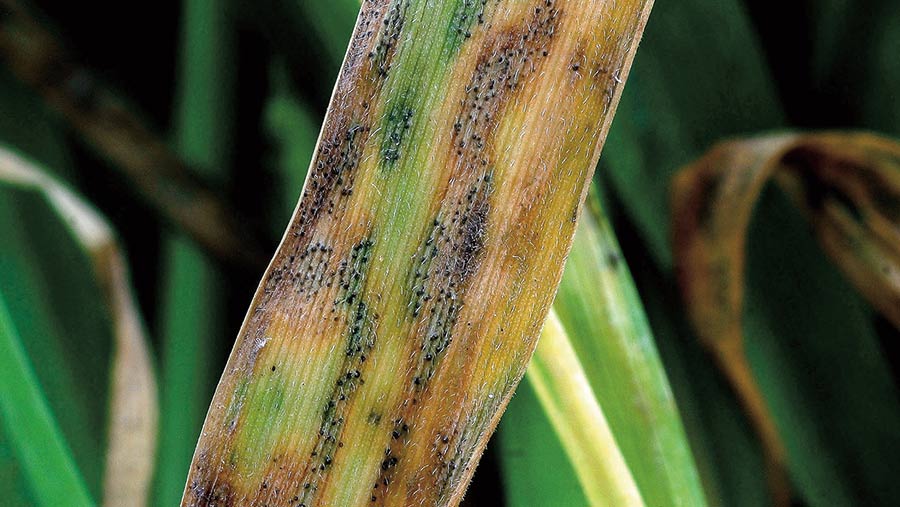 All the experts were speaking at the recent AHDB Agronomists Conference held near Leicester.