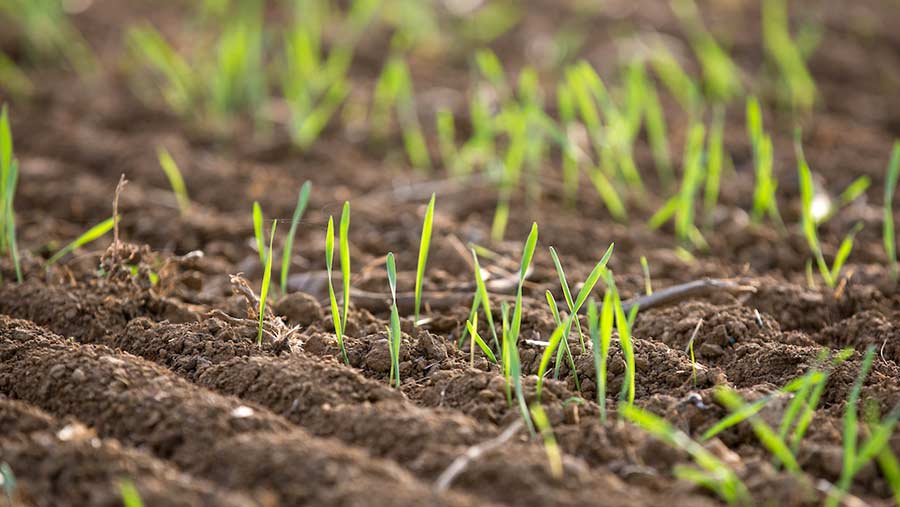 The arrival of a new SDHI-based seed treatment for wheat in time for use this autumn has been welcomed by the seed trade, following the loss of several older fungicide seed dressings.

The company points to growing evidence that the SDHI component has beneficial effects on crop health – particularly in dry conditions (see panel).

The product’s place in the seed treatment line-up has been eased by the loss of Jockey (fluquinconazole) and prochloraz-based Tinto in recent years, both of which are no longer registered for use in the UK.

Of the two complementary active ingredients found in the new product, fludioxonil is a familiar name, as it is the basis of the long-standing seed treatment Beret Gold.

At a glance: Vibrance Duo

The other ingredient, new SDHI sedaxane, was developed specifically for seed treatment use and has limited mobility in the plant, so it does not have any activity against high-risk foliar pathogens such as septoria.

As a result, its use won’t reduce the number of foliar SDHIs that can be made to the same crop.

However, this also means that it is only a partial replacement for Jockey, which lost its registration last year, explains David Waite of agronomy group Frontier.

“With Jockey, the fluquionazole was translocated into the leaves, so it did give some early season control of septoria and yellow rust, as well as having activity on take-all.

“It was often used on more susceptible varieties, so that disease inoculum was kept to manageable levels until the spring.”

Vibrance Duo won’t be able to perform that role, but it has been shown to have good activity on seed-borne diseases and appears to protect roots from these diseases too, he reports.

“We’ve had the product in our trials for the last two years and done some observation work with it,” he continues.

“As well as good disease control, it seems to encourage root and shoot development. So we are seeing other physiological benefits from the product, which is very encouraging.”

As such, the new seed treatment fits well with Frontier’s strategy of supplying products that help the plant to help itself, he stresses.

“Most growers will do everything they can to get a crop established as quickly as possible and give it the best start. This new seed treatment should allow them to do that.”

Research conducted at the University of Nottingham has shown that sedaxane can increase the photosynthetic rate of wheat being grown in drought conditions.

It adds to the work done by Syngenta, which found better crop establishment in colder weather, says the company’s Mark Bullen, who points out that research is increasingly uncovering a range of other beneficial side effects from sedaxane over and above disease control.

“In normal conditions, drought-stressed plants are less efficient at photosynthesis, so reduce the amount of carbon dioxide converted into sugars for crop growth,” he explains.

“But when researchers looked at drought-stressed wheat that had been treated with sedaxane, it was found to be just as efficient as unstressed wheat.”

He describes the effect as similar to volume control. “Sedaxane has the ability to turn up the activity of certain genes, so that they are expressed more.”

“We saw very dry establishment conditions last autumn, so these effects could be very useful.

“Remember, too, that the seed treatment also helps where drilling has been delayed due to grassweed pressure, as it improves rooting.”