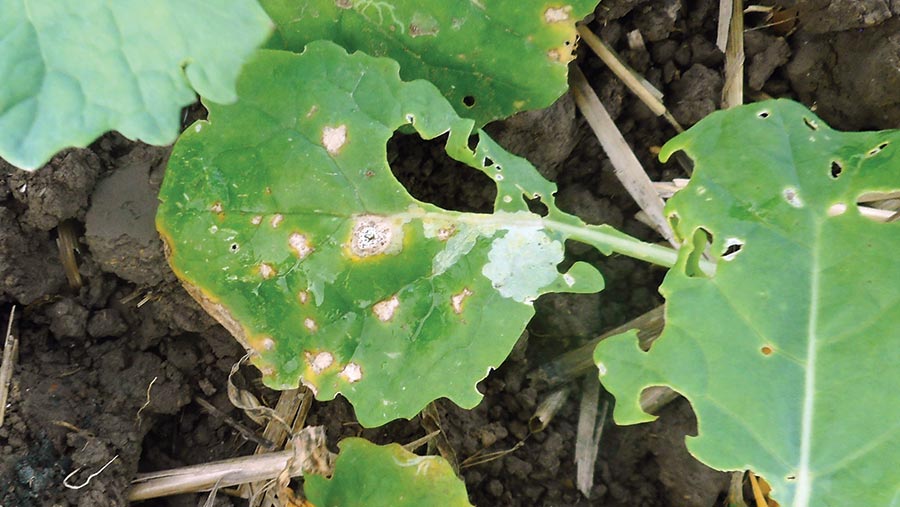 Oilseed rape growers are likely to see yield-damaging phoma disease developing earlier this season due to the mild and wet early autumn.

Phoma is appearing on crops in southern England as bleached patches on leaves covered with dark spots, and the advice is to use a fungicide spray when 10% of plants are infected.

Rain in the late summer and early autumn has encouraged phoma, which can cut yields by an average 0.3t/ha and as much as 1t/ha in severe cases.

Crop experts say there are only a few crops which are likely to have reached spray thresholds, but with favourable weather for the disease’s spread, oilseed rape growers need to be out examining their crops.

Phoma disease forecasters measure the number of rainy days from the start of August. When the total reaches 20 days, phoma spores are released and can infect plants some two to three weeks later.

In dry autumns, phoma sprays can be delayed and target the potentially more serious light leaf spot disease in November, but this year might be a season for two autumn fungicides.

An Adas monitoring site at Rosemaund, just north of Hereford, was predicted to reach the threshold phoma disease level on the last day of September, illustrating how early the disease is appearing this season. 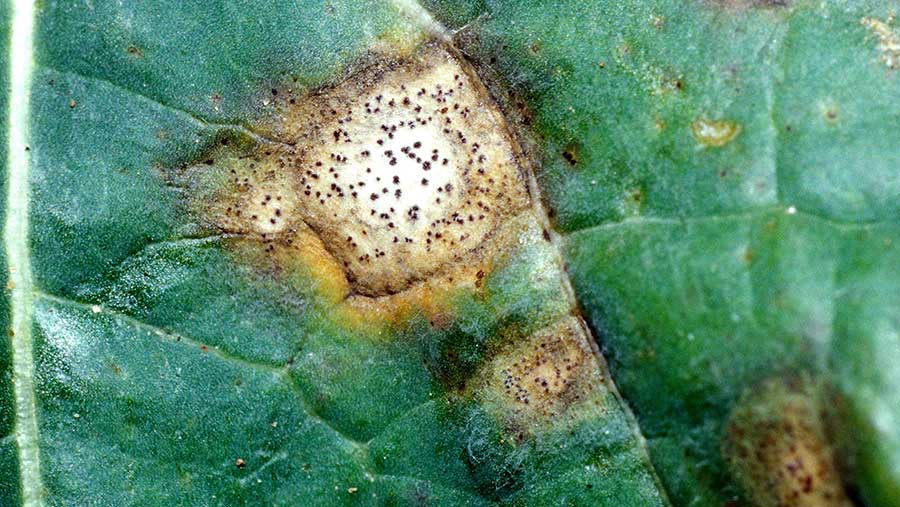 Gareth Bubb, commercial technical manager for agrochemical group Bayer, in Herefordshire, says phoma is starting to appear in his area in oilseed rape crops which have generally been badly hit by cabbage stem flea beetle this autumn.

“Growers will need to consider two things: first do they have a crop worth treating and second can they travel after the recent wet weather,” he says.

If growers are not seeing heavy phoma infections they should consider waiting until the end of this month and using a fungicide which is active against phoma and light leaf spot, he adds.

A fungicide spray with activity against both diseases should give control for about four to six weeks, giving crops protection until cold weather arrives with the onset of winter.

“Growers need to now be alert for the first signs and assess thresholds for treatment,” she says, adding that small-leaved crops will be more susceptible to the disease.

The AHDB advises growers to monitor crops for phoma and to: