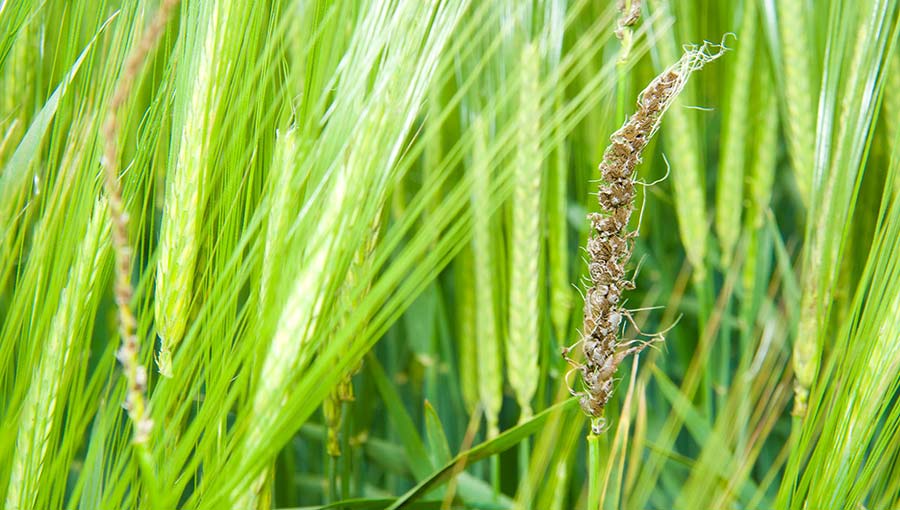 Resistance to fungicide seed treatments was not blame for last year’s outbreak of loose smut in winter barley, according to initial investigations.

Last summer agronomists and farmers were seeing symptoms of the ear disease across the UK in crops that had been treated with an azole-based single-purpose dressing.

This prompted fears that the pathogen had developed resistance to the fungicides contained in the seed dressings.

Initial laboratory studies carried out by Bayer on barley seed stocks, used in outbreak fields and confirmed by seed testing prior to the lab studies to be infected with loose smut, have shown no evidence of resistance.

Results showed a clear reduction of loose smut in the treated seeds with efficacy of more than 90%, as would be expected in normal practice.

Instead, she believes the cause is likely to have been a perfect storm of weather during and following establishment.

“In this exceptional case, it is thought that the fungus may have grown so rapidly that the seedling was unable to take up the azole active quickly enough to control the disease in some plants.”