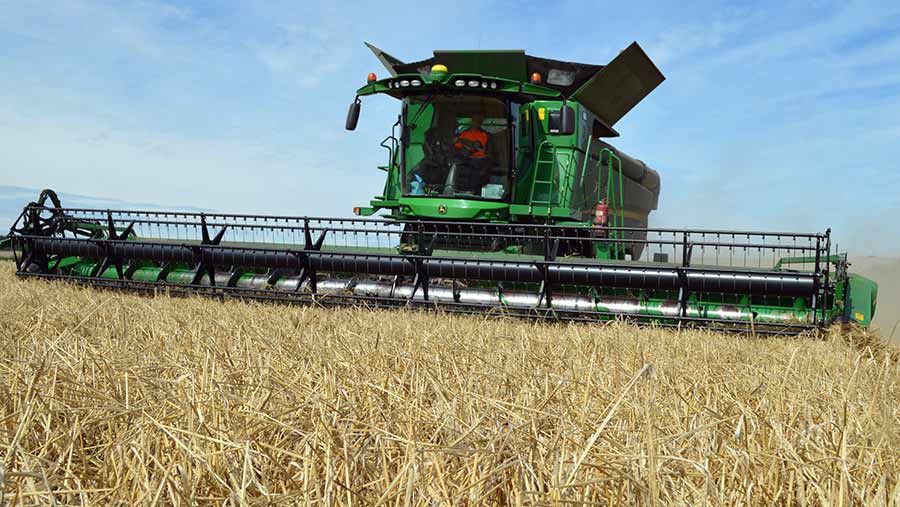 Marcus Palmer is using cover crops and seaweed bio-stimulants to grow high yields of low-grain nitrogen barley in what many would consider non-traditional malting barley territory.

The fertile silt lands of south Lincolnshire are not well known for malting barley production, but Mr Palmer is trimming back his bagged nitrogen fertiliser to keep his grain nitrogen contents low enough to keep the maltsters happy.

The result is a spring barley yield of 7.8t/ha, even in last season’s tricky time for spring crops, while some of his grain nitrogen levels were as low as 1.4% on his high-yielding land that can grow bumper sugar beet crops.

The use of black oat/vetch cover crops and bio-stimulants has allowed him to cut his nitrogen fertiliser rate to 110kg/ha, which makes spring malting barley compete with milling wheat, profit-wise.

His cover crops fix nitrogen and help improve soil conditions at drilling by “opening up” his silt soils, while three sprays of a seaweed bio-stimulant keep plants growing and healthy, at a cost of £45/ha per season.

With his malting samples fetching a £30-plus/tonne premium over feed barley, his gross margins are matching those of milling wheat samples of Crusoe, and above those of sugar beet crops which can yield more than 100t/ha.

This is all possible due to newer varieties of spring malting barley which can give high grain yields and so tend to dilute grain nitrogen.

Four seasons ago he returned to growing spring malting barley for the first time since the 1990s with two years of the brewer’s old favourite variety Propino, and then progressed to two years of Laureate.

This dual-purpose brewing and distilling variety looked impressive in local trials and in his first year of growing it in 2017 produced a stunning 10t/ha yield, although the grain nitrogen had crept up a little to 1.7-1.8%.

“Laureate had better disease ratings and yield than Propino and looked well in local trials so that’s why we went with it,” he says. 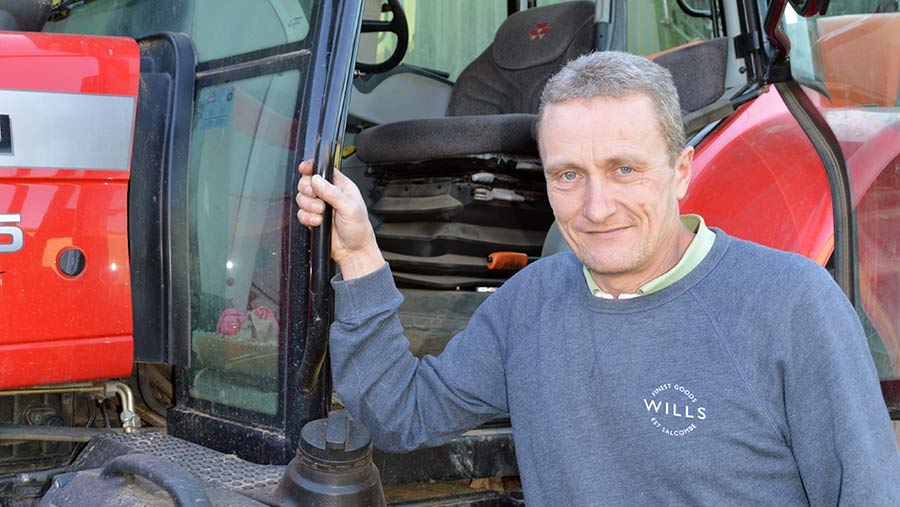 His crop in 2018 gave a grain nitrogen of 1.4-1.6%, within the Scottish distillers’ demands of below 1.6%, while brewers’ demands are a little less onerous at generally below 1.8%.

Spring barley’s return to Mr Palmer’s 110ha Rose Villa Farm, Gedney, 10 miles east of Spalding, now allows him extra time to control blackgrass and spread the workload for himself and his father on the family-run farm.

Second wheats simply did not perform well on the farm’s rich silty soils due to blackgrass problems and higher inputs, so spring barley fitted in well at the end of a five-year rotation of potatoes, winter wheat, sugar beet and wheat again.

Two spring-sown crops within this rotation helps him keep on top of blackgrass and also spreads the farm workload more evenly across the season.

The switch to spring barley allows him to drill the black oat/vetch cover crop before the barley which is then winter ploughed in on his heavier land, but left over winter on his lighter soils before spraying off with glyphosate and then drilled.

Cover crops are used on the worst blackgrass land as they can suppress autumn-germinating blackgrass, while the vetch captures nutrients and an additional benefit is that the over-wintered cover crops attract wildlife.

“We do not need to spray the spring barley to control blackgrass with residual herbicides due to the effect of the cover crops,” he says.

In spring 2018 he started drilling on 24 March, but did not get back to finish his 20ha until 18-22 April due to heavy rain, but he was not too concerned as soil conditions determine his drilling date rather than the calendar.

“I’m looking for a spell of dry weather as our soils can easily cap, and also rising soil temperatures get crops off to the best possible start,” Mr Palmer says.

With the late spring of 2018 and hence potentially a short growing season, he cut his nitrogen rate to 110kg/ha from 150kg/ha the previous year, and all was applied as a liquid by a contractor the day after drilling.

The previous year, the crop had started to lean badly with 150kg/ha of nitrogen, although it was still relatively easy to combine, so he held back with nitrogen to keep the crop standing, especially with the vetch fixing extra nitrogen.

Assessing the nitrogen available from the cover crop is an inexact science, but he is working on cutting his bagged nitrogen generally by 40kg/ha and then adjusting according to the season.

“History shows us the crop needs the nitrogen early and we use liquid as it is more accurate for our small fields and more readily available to the crop than solids,” he adds.

Mr Palmer believes a bio-stimulant seaweed product called Algifol is the key to his success, with the first application given to encourage root growth, the second to keep the crop fed and the third to help with grain quality.

For this season, he is aiming to drill 24ha of Laureate, with a plan to apply 100-110kg/ha of spring nitrogen depending on the nitrogen available in his spring soils and whether it is an early or late season.

A harvested yield of 7.8t/ha of distilling quality malting barley in the very difficult 2018 season for spring barley has given him the confidence to keep going, with a gross margin in excess of £600/ha rivalling that of milling winter wheat.

Laureate spring barley growers should be looking to apply 100-125kg/ha of nitrogen fertiliser if they are aiming for the low-nitrogen grain distilling market.

The dual-purpose variety can be aimed at the distilling or brewing markets, but a low nitrogen fertiliser dose is recommended to hit the distillers’ demands of 1.5-1.65% grain nitrogen. 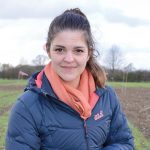 Kathryn Hamlen, from Laureate breeder Syngenta, suggests the full nitrogen dose is applied to the seed-bed rather than as a 50-50 split in the seed-bed and then at the 2-3 leaves stage which many  malting barley growers use.

Seed rates should be aimed at 400 seeds/sq m which could be increased on heavier soils and for later drilling dates.

The variety is seen by many in the seed trade as a replacement for the lower-yielding distilling variety Concerto and also offers a better yield than older variety Propino for the brewing market.

“Laureate has a better disease package than Concerto and Propino and an untreated fungicide yield of 94% which is still the highest on the Recommended List,” Mrs Hamlen says.

She points out that an anti-blackgrass strategy of high seed rates and high nitrogen rates to smother the grassweed will not work when growing Laureate for the distilling market, as it will produce grains of lower specific weight and give high screening.

Many seed trade experts believe that Laureate and the specialist brewing variety Planet will dominate the spring barley seed sales this coming spring.