Bayer’s Ascra and Syngenta’s Elatus Era are both based on SDHI chemistry and partnered with the azole prothioconazole.

However, one key difference with the newcomers is that the Syngenta product contains an SDHI never seen before in the UK – benzovindiflupyr.

See also: Advice on getting ready for the yellow rust onslaught 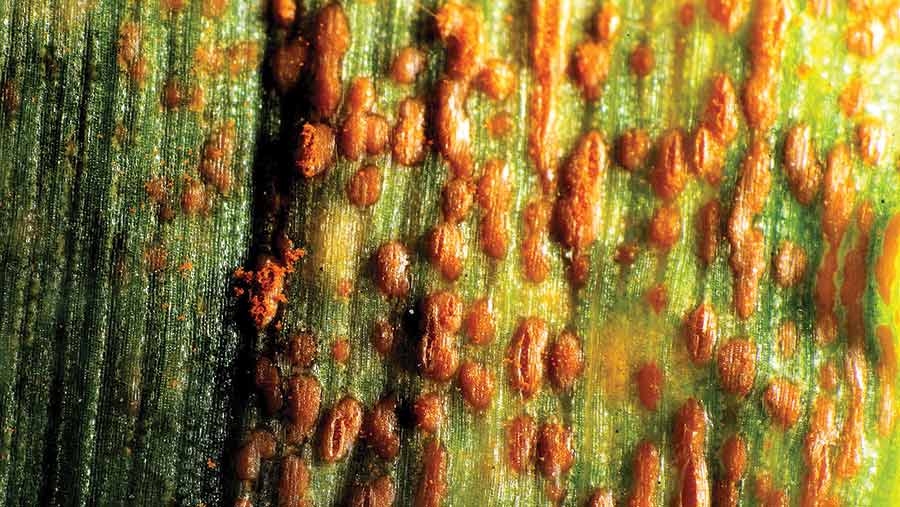 Two farmers in contrasting areas, the Cotswolds and drier East Anglia, saw the benefits of using Elatus Era in their wheat crops last season, with the delivery of high yields.

Delivering high wheat yields in a high disease pressure area means Colin Woodward takes no chances in his fungicide choice, and last season he took the unusual step of using the newcomer fungicide at the T1 timing. 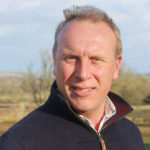 Usually, the most powerful fungicides are saved for the T2 timing to target the flag leaf, which contributes the most to grain yield.

However, there was a real risk of yellow rust taking hold at Great Tew estate in Oxfordshire, threatening yields.

Mr Woodward, the estate’s farm manager and AICC agronomist, faces the challenge of growing wheat on the eastern edge of the Cotswolds, at 800ft.

Not only does he farm in a wetter climate than the wheat fields of East Anglia, he has wooded margins around fields on the estate that create the damper conditions that foliar diseases like rusts love.

Septoria, yellow rust and brown rust are all threats in his 300ha of wheat, and without the right fungicide strategy they will undermine yields.

He grows both feed and milling varieties, the breadmaker Skyfall on the more drought-prone land. His aim is to push wheat yields and so he uses a twin SHDI fungicide strategy.

“Last spring was cool and dry and there was some yellow rust bubbling about. The dry spell was likely to break and result in high disease pressure.”

There were signs of the disease and he wanted to protect the yield, so opted for newcomer Elatus Era, being the best protectant for yellow rust.

Syngenta field technical manager Ian Hamilton recalls that there were also reasonable levels of septoria, together with early yellow rust.

Despite this, the dry, cool conditions in April and May sparked a wider industry debate on whether to cut back and drop the SDHI at the T1 spray timing.

Mr Woodward resisted the temptation to cut back, having seen yellow rust in his Skyfall, and has been increasingly concerned about the speed with which some wheats can succumb to yellow rust.

“It was dry for so long and if it started to rain we would see very high pressure. Our land does yield well, so I can justify investing in fungicides.”

“You can cut back a bit later on if it is bone dry summer,” he says.

This strategy turned out to be a good call as the rain arrived in May, around the crucial flag leaf.

Disease pressure increased and Mr Hamilton highlights Defra data showing that 2017 ended up with higher amounts of septoria than in 2015 and 2016.

“If you see rust early, you have to get rid of it and you can’t take the risk, especially in high pressure situations,” says Mr Hamilton.

Another reason why Mr Woodward opted for Elatus Era at the T1 was that the partner azole, prothioconazole, would tackle the eyespot and mildew that were also being spotted.

At the T2 timing, Librax (fluxapyroxad + metconazole) protected the flag leaf. The result was that the farm delivered a double-digit average of 10.2t/ha in 2017. This is well above the farm average of 9.5t/ha.

Looking to this spring, crops are much further forward than this time last year and he is planning to revert to the more conventional approach of Elatus Era at T2.

Varietal resistance has a key role in helping keep diseases at bay at Great Tew, with Colin Woodward opting for varieties with good scores.

His choice in 2017 was Revelation, Sundance and Skyfall. Sundance has the highest septoria resistance, at 7.6.

Skyfall is his weakest variety, but still has a respectable yellow rust score of 6.

“Skyfall really suits our farm, performing well on our drought-prone land being a bearded wheat. It is worth the slightly higher [disease] risk for the milling premium.”

This year, Revelation has been replaced by Siskin and Crispin as he wanted to avoid having two varieties that are more prone to sprouting in the ear in a bad harvest. 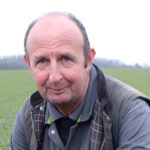 Paul Jolland, who manages 250ha of combinable cropping, is successfully achieving double-digit wheat yields with both milling and feed wheats.

He grows Skyfall, being well-suited for the dryer areas and Reflection feed wheat, which is more susceptible to yellow rust.

Refection, with a yellow rust score of 3, requires a robust and well-timed fungicide programme.

“It performs well on our land and I know its shortcomings, which I can manage,” says Mr Jolland.

He typically uses a two-SDHI strategy at the T1 and T2 timing on the early maturing variety.

Last season, on the advice of his agronomist Tim Martin, he tried Elatus Era on the Reflection wheat and had some left over. He applied this to some of his Skyfall, as part of a tramline comparison trial with his farm standard approach of Wolverine.

“We always do trials to test products or varieties before adopting them,” he says.

“I like to see how they perform on our soils and varieties,” he says, adding that the farm is in the second highest area in Suffolk (400ft). This can make a few days’ difference compared with neighbouring farms.

“A fortnight later, I noticed the tramline looked different to the rest of the field. You could see a difference when you opened up the crop to examine the leaves.”

He was surprised to find it resulted in a 0.2t/ha difference in yield, resulting from the canopy staying green for a few more days. This nudged the yield to 11.2t/ha.

The Reflection wheat treated with the fungicide yielded above average, close to 13t/ha.