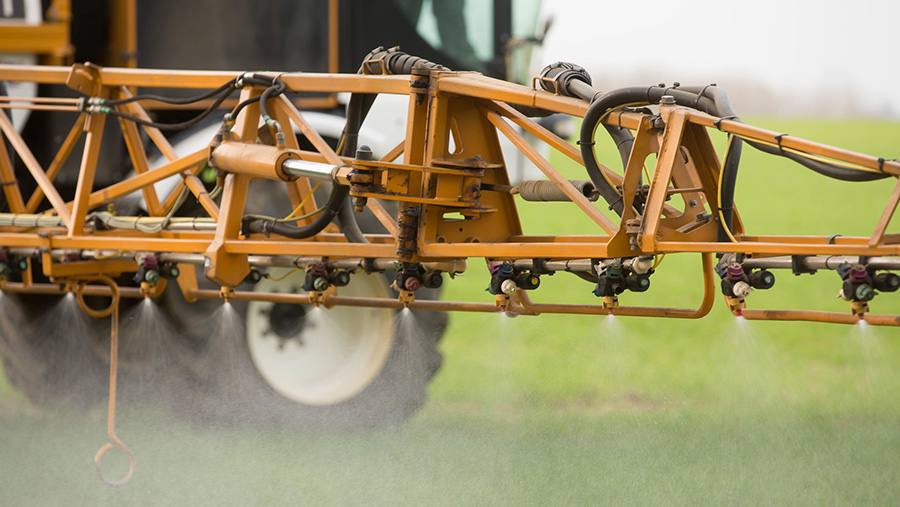 Dow AgroSciences is aiming to be the third biggest crop protection group in the UK by 2020 driven by three cereal products all with novel modes of action.

A new herbicide, insecticide and fungicide all with different modes of action to existing products are expected to hit the market in the next three years.

“We are looking to launch three new classes of chemistry in the next three years across three categories which is unparalleled in the industry,” she told a recent briefing.

First is the full launch of the group’s Arylex branded herbicide next year after test marketing this year, then a new insecticide in 2017 and an eagerly awaited fungicide in 2019.

“This is genuinely good news as it is a different mode of action which could help protect SDHI fungicides” Bill Clark, independent fungicide expert

“Our big hope is to lift the gloom and doom in the industry with these exciting new products,” she added.

The fungicide, referred to under the brand name Inatreq, has good activity against septoria and rusts in winter wheat and is described by Mrs McEwan as a “game changer”.

This comes at a time of tighter pesticide regulations and as some azole fungicides could be banned if they are classed as endocrine disruptors, which can interfere with hormone levels in humans.

Independent fungicide expert Bill Clark says this active would be a very useful tool to fight disease resistance to fungicides, and could be used as a three-way mix with azoles and SDHIs.

“This is genuinely good news as it is a different mode of action which could help protect SDHI fungicides,” Mr Clark tells Farmer Weekly.

The technical director of crop consultants Niab says the new fungicide could potentially be a better partner for SDHIs than azoles, due to the decline in efficacy of the azoles.

“This could be the new backbone of cereal fungicide programmes and will be complementary to other chemistries,” he says.

The group’s new spring-applied arylex cereal herbicide product Pixxaro was test marketing this year and will be ready for a full launch early next year.

It contains the new active halauxifen-methyl, referred to as arylex, along with fluroxypyr from the group’s Starane product. This will be one of four arylex-based products planned over the next few years.

He says the product gives particularly good control of fumitory as well as cleavers, poppies and cranesbill, all weeds with long germination periods.

“It worked well in the cold, late spring this year and especially in Scotland in some challenging weather,” he says.

A second arylex-based product is set to launch in February in which arylex is twinned with florasulam, from Dow’s Spitfire herbicide.

This can be applied in the spring and autumn and gives added control of mayweed and brassica weeds such as charlock and  volunteer oilseed rape.

A third arylex-based product is planned as an autumn-applied herbicide for oilseed rape which could be launched in 2018, while a fourth for use in cereals with added grassweed control is likely after 2020.

The new insecticide, branded isoclast, which controls sap-feeding insects in cereals, fruit and vegetable and is set for launch in 2017.

It is based on sulfoxaflor, which is a new class of chemistry, and will be introduced at a time when many insecticides are being withdrawn.