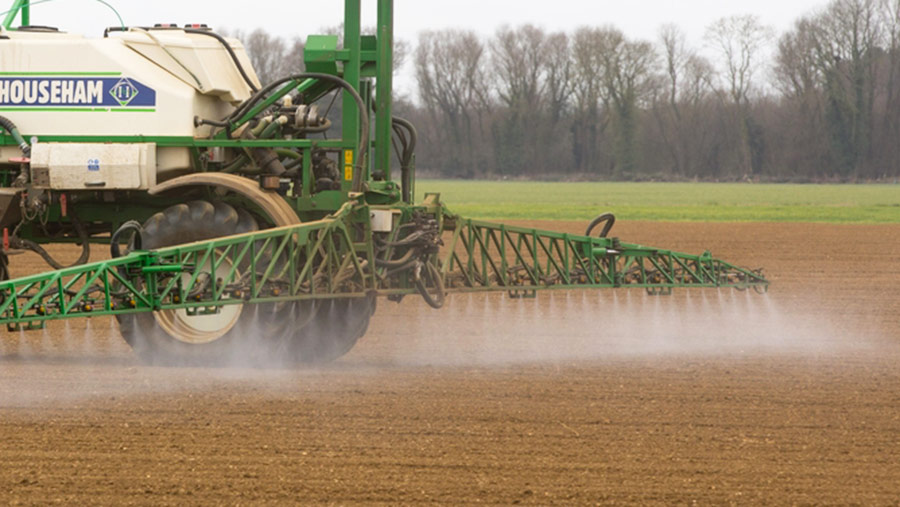 The future of glyphosate remains unclear after another EU vote on the future of the product failed to reach an agreement, with its licence due to expire in days.

The EU Appeal Committee of member states did not give an opinion on a proposal to reauthorise glyphosate, used in Monsanto’s Roundup weedkiller, for a limited period.

This is despite the EU’s food safety body, the European Food Safety Authority’s conclusion that glyphosate was “unlikely” to cause cancer in humans.

A previous vote on 6 June by the EU’s Plants, Animals, Food and Feed (Paff) standing committee ended with no decision after countries including France, Germany and Italy abstained. Twenty member states, including the UK, voted in support of the proposal.

The European Commission’s proposal to relicense glyphosate for a limited period of up to 18 months seeks to allow time for the European Agency for Chemical Products (ECHA) to reassess the safety of the product.

However, after the EU Appeal Committee failed to reach a decision, the licence on glyphosate could run out by 30 June – unless the commission uses its powers to relicence the product.

If no decision to approve glyphosate is taken, member states will have to begin withdrawing the plant protection products, which contain glyphosate from the market.

EU health commissioner Vytenis Andriukaitis said the commission would meet on Monday (27 June) to discuss the next steps. The commission is expected to push through the temporary relicensing of glyphosate.

EU farmers’ umbrella group Copa-Cogeca, which represents 23 million EU farmers and 22,000 agri-cooperatives, said it “regretted” that the appeal committee failed to give an opinion on the relicensing of glyphosate and it urged the commission to reapprove the product before 30 June.

“Farmers have been using for example no till – a sustainable agricultural practice – and it’s with the use of glyphosate that they can do this in a cost effective manner to ensure soils are in good condition.

“It is an important tool together with catch crops to prevent soil erosion and reduce greenhouse gas emissions. Without glyphosate, farmers’ competitiveness would be put at risk and EU food production threatened as no alternatives exist.”

The European Crop Protection Association said: “Failure to re-approve glyphosate would have significant negative repercussions for the competitiveness of European agriculture, the environment, and the ability of farmers to produce safe and affordable food.”

Lynn Dicks, a research fellow at the University of Cambridge’s Natural Environment Research Council (NERC), said: “This decision on the future of glyphosate is a major concern for the farming industry, and the uncertainty around its regulation surely influenced voting by farmers in the British referendum on Europe.

“This case illustrates the challenges of developing regulations informed by the latest scientific evidence.

“Science is almost always uncertain and by its nature highly responsive to new evidence. Policy and regulation require certainty and seek long-term stability. When policy changes quickly, jobs and livelihoods can be put at risk.”

But UK organic certification body the Soil Association urged the commission to take note of a “growing body of scientific evidence regarding the impact of glyphosate use”.

Emma Hockridge, head of policy (farming & land use) at the Soil Association, said: “Many farmers have expressed support for a ban on pre-harvest use, as such use has led directly to glyphosate being found in our food.

“We also support a ban on glyphosate use in private and public green areas, such as parks and playgrounds, where children and adults have been exposed to it.

“We welcome the caution that European member states have taken over reauthorising glyphosate in light of new scientific evidence, including emerging evidence that glyphosate may harm soil life.”