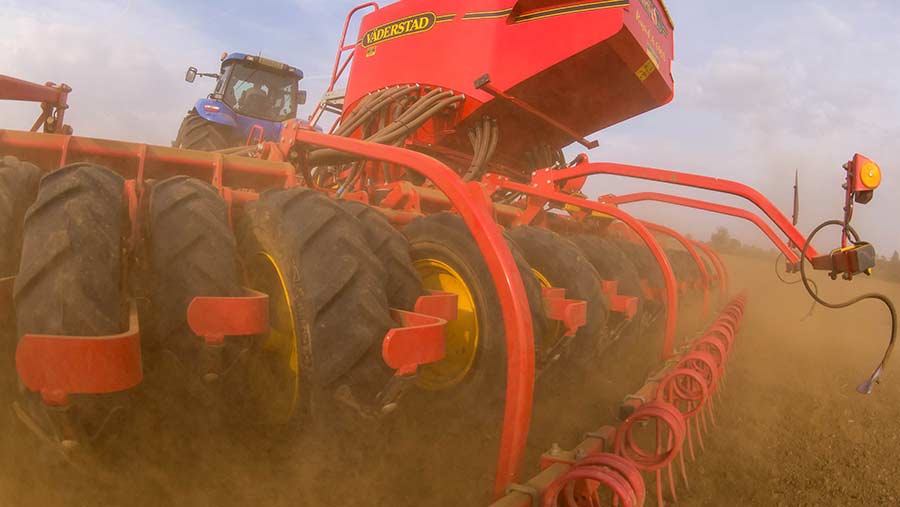 Maintaining the production of many UK crops would be at risk if neonicotinoids, the pesticides linked with harming bees, was more widely restricted or banned completely, scientists at Rothamsted Research have warned.

The institute’s concern follows the release of draft proposals by the EU Commission in March to replace its temporary restriction on the use of three neonicotinoids on flowering crops – principally oilseed rape – with a widespread ban across Europe, covering cereals and sugar beet too.

That proposal is due to be debated by member state experts meeting in the Standing Committee of Plants, Animals, Food and Feed in Brussels next week (17/18 May), though no final decision is expected.

“It will be very difficult, if not impossible, to maintain production of many crops if neonicotinoids are more widely restricted or banned completely,” said a Rothamsted statement.

“For example, in sugar beet, the control of aphids, and the virus diseases they spread, is totally reliant on neonicotinoid seed treatments because the aphids are resistant to other control chemistries.”

The statement also highlights how the neonicotinoid ban, introduced for flowering crops in December 2013, has already cost the EU farming industry more than £750m, quoting a report by the European Crop Protection Association (ECPA).

A more recent study from Rural Business Research and the Institute of Agri-Food Research and Innovation put the cost of the ban in the UK in 2016 at £18.4m, made up of the loss of yield, the cost of redrilling and the cost of spraying with alternative pesticides.

Rothamsted acknowledges the important role bees play as pollinators of crops and flora in general.

But it laments the lack of hard scientific evidence for the restrictions already in place on neonicotinoids – let alone for any extension to non-flowering crops.

“Much of this debate appears in often contradictory reports that come from individuals and organisations with vested interests, on both sides of the divide,” it said, pointing to literature reviews presented by both Friends of the Earth and the ECPA.

“It is no wonder that governments are finding it difficult to decide on whether to support a continued restriction on the use of neonicotinoids.”

As such, Rothamsted is calling for an “evidence-driven debate” and demanding “a proper science-led risk assessment to understand the effects of pesticides”.

This is especially important, it says, given the UK’s impending departure from the European Union.

According to the Agricultural and Horticultural Development Board (AHDB), “it would appear likely that the vast majority of plant protection product regulations will be ‘lifted and shifted’ as part of the Great Repeal Bill”.

Following this transfer, it will then be possible for the government to revise the policy and industry needs to decide what it wants in terms of producing food competitively, while also satisfying consumer preferences.

Time to get writing

The NFU is urging farmers to write to their prospective parliamentary candidates, MEPs and EU Commission officials to alert them to the “devastating consequences” a blanket ban on neonicotinoids would have on their businesses.

Key points include the fact that bees do not forage on crops such as wheat and sugar beet, that banning neonicotinoids would encourage the use of more potent sprays and that grain imports would continue from countries still using these products.