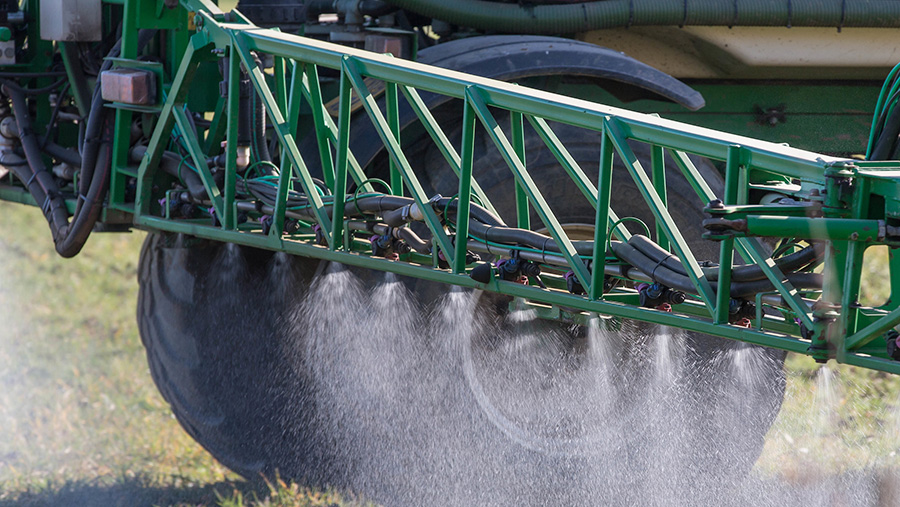 New pesticide rules will be introduced once the UK leaves the EU, Defra minister George Eustice has revealed.

But authorisation may still involve working with other EU countries, he added.

“When we leave the European Union, we will put in place our own authorisation procedures,” Mr Eustice told an NFU fringe meeting at the Conservative Party conference.

“That may still involve some kind of joint working at a technical level – technical scientific groups with other European countries and indeed with other countries around the world.”

This work would help set standards through international bodies such as Codex Alimentarius, said Mr Eustice during the fringe meeting at the Birmingham Rep Theatre on Monday (3 October).

It remains to be seen whether this will ease farmers’ frustrations over the tightening of pesticide restrictions.

The EU’s withdrawal of pesticide authorisations for an increasing number of agrochemical active ingredients remains of ongoing and increasing concern to many UK growers.

But Defra’s own stance towards authorisations has itself sometimes appeared contradictory.

Earlier this year, Mr Eustice called on Brussels to reauthorise the widely used weedkiller glyphosate despite claims by some scientists it could cause cancer.

Mr Eustice highlighted a European Food Safety Authority assessment which concluded glyphosate was unlikely to be carcinogenic and did not pose a risk to human health.

The European Commission eventually decided to extend the licence enabling farmers to continue using glyphosate – although for 18 months rather than the hoped for 15 years.

But just weeks later, Defra refused to grant UK growers emergency permission to use neonicotinoid seed treatments on oilseed rape, despite having the power to do so.

Neonicotinoid seed treatments have been banned by the EU on rape amid concern the chemicals could be damaging to bees and other pollinators.

But individual EU member states can grant temporary exemptions for their growers to use neonicotinoids and other countries have done so, although the UK has not.

Mr Eustice said the UK government would continue to maintain what he described as a “science-based approach” to pesticide authorisation decisions.

It would be an evidence-based approach with a precautionary principle but one based on an assessment of risk, rather than being based on a theoretical hazard, he added.