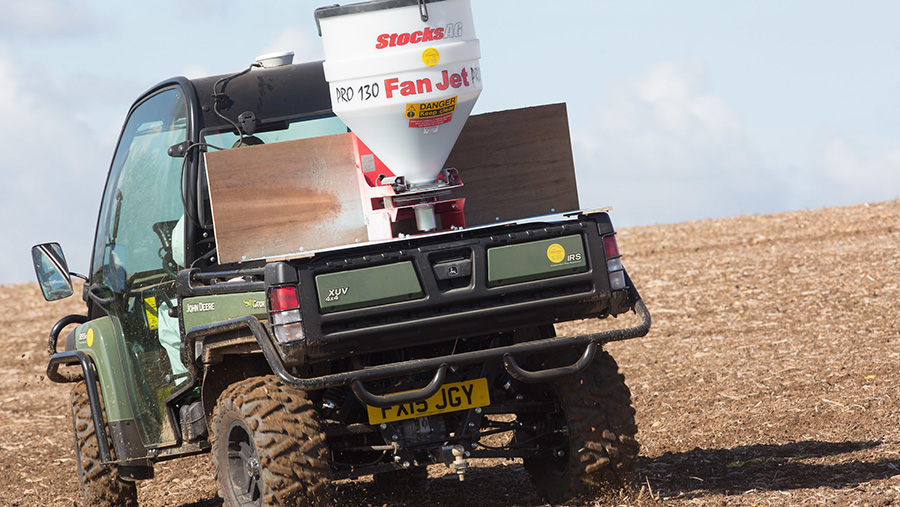 Growers are fast running out of time to show that they are doing enough to curb levels of popular slug pellet active ingredient metaldehyde being found in water.

The deadline for water companies to report on the progress of measures to stop metaldehyde reaching watercourses has been brought forward a year to March 2017.

It means growers are entering a critical final countdown to prove that stewardship and catchment management efforts are making significant contributions to meet safe standards for drinking water quality.

Since 2008 the Metaldehyde Stewardship Group (MSG) has been driving changes in collaboration with water companies to restrict the overall dose of metaldehyde slug killer and promote guidance on how to stop the active ingredient seeping into ditches, streams and rivers.

A few years ago it seemed the only option was to ban metaldehyde slug pellets entirely says MSG chairman David Cameron.

“Now there are a range of possible options because of the success we have had with stewardship,” he adds.

An increase in spring cropping for the past two seasons has helped cut the amount of metaldehyde pellets being spread in autumn and winter, notes Mr Cameron.

Milo Purcell, deputy chief inspector of drinking water said metaldehyde stewardship is a story of progressive success but the agricultural industry still needed to up its game.

“I’d like to point out that little progress is being made in meeting catchment management outcomes.

“There is a huge amount riding on the next few weeks and with co-operation between all parties there can be a win-win.”

He stresses that no-one wishes to see the loss of metaldehyde.