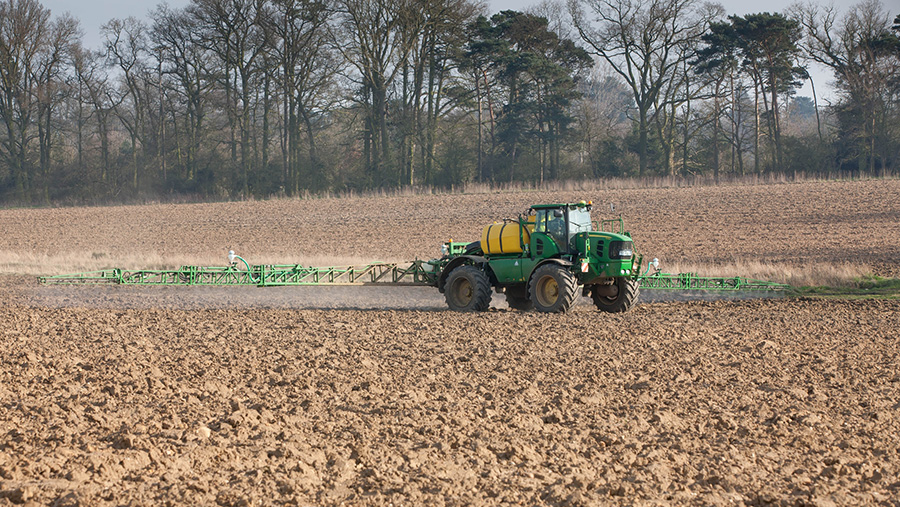 A ban on popular herbicide glyphosate, as threatened by Brussels, would inflict severe damage on UK food production and drive up prices to consumers, a new report has concluded.

Compiled by researchers Oxford Economics and consultants Andersons on behalf of the Crop Protection Association (CPA), the study suggests that UK farm output could fall by about £940m without glyphosate, in part due to a 20% drop in wheat production.

The resultant loss of tax revenue would cost the Treasury some £193m, according to the analysis, while an EU-wide ban would push up food prices.

Glyphosate has been used by the majority of British farmers for weed control over the past 40 years.

Its use has facilitated faster preparation of land prior to planting, increased the number of crop rotations possible and led to higher yields than other weed management options.

It is also considered by many to be good for the environment, since it enables “min-till” methods of cultivation, reducing carbon emissions and promoting biodiversity.

But its reauthorisation by Brussels has been thrown into disarray, following conflicting advice about its safety.

“This [a ban] could tip struggling farms over the edge.”
Andrew Ward

In 2015 the International Agency for Research on Cancer described the product as “probably carcinogenic to humans”.

But since then the UN Food and Agriculture Organisation, the World Health Organization, the European Food Safety Authority and the European Chemicals Agency, along with numerous other global regulators, have declared the product safe when used in line with manufacturers’ guidelines.

Despite this, a number of EU member states have opposed another extension of its licence, which will run out at the end of this year.

The report weighs up the additional operational and chemical costs faced by farmers should glyphosate be banned, as well as the losses from changing cropping plans.

It also assesses the impact on the UK economy and employment.

Oxford Economics director Ian Mulheirn said that, if glyphosate was not approved for use, but remained available in the rest of the world, this would place domestic production at a considerable disadvantage.

“Our report’s findings are very clear. A glyphosate ban will negatively impact UK GDP and agriculture, at a time of real uncertainty for British farmers.”

Farmer Andrew Ward also responded to the findings. “The report reveals what we have long feared. A glyphosate ban would reduce yields for some key crops and push up our costs.

“This could tip struggling farms over the edge.”

Sarah Mukherjee, chief executive of the CPA, said the debate around the use of glyphosate was more about politics than science.

“Glyphosate is and always has been safe,” she said.

“Clearly the UK government should continue to champion a science-led approach to decision-making in Europe and vote to renew glyphosate’s licence. Failure to do so risks damaging the economy, the environment and the agricultural sector.”