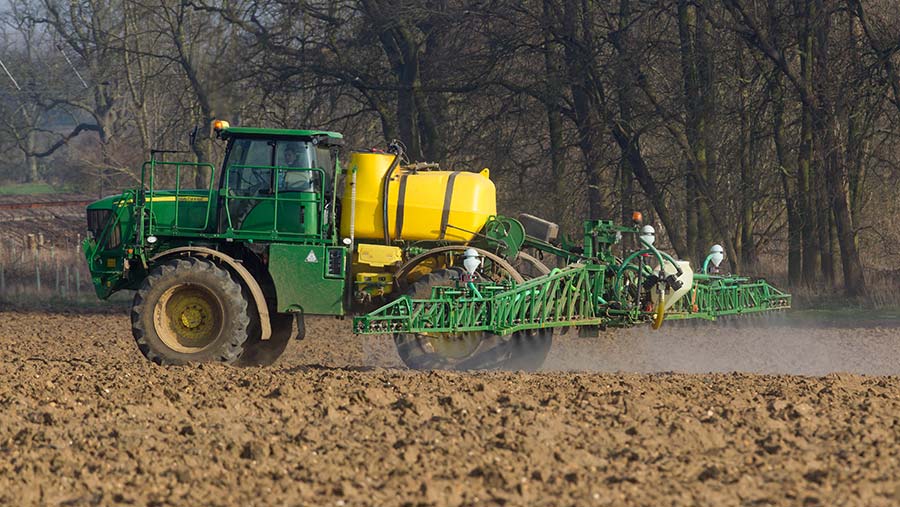 The EU’s food safety watchdog has concluded that glyphosate, the active ingredient of the Monsanto herbicide Roundup, is not an endocrine disruptor.

The European Food Safety Authority’s (Efsa) assessment, based on industry data and published on 7 September, found there is no evidence that glyphosate is having a harmful effect on human endocrine (hormone) systems.

This conclusion comes after the European Commission had asked Efsa in October 2016 to identify plant protection products (PPPs) and biocides with endocrine-disrupting properties.

The Efsa report said: “The current assessment concluded that glyphosate does not have oestrogen, androgen, thyroid and steroidogenesis (EATS)-mediated endocrine-disrupting properties.”

It’s also in line with the US Environment Protection Agency’s assessment of glyphosate, which concluded glyphosate “doesn’t pose any threat to the endocrine system”.

Efsa’s assessment is the latest in a long line of in-depth assessments by national and international regulatory bodies that found glyphosate can be safely used.

These include studies by the UN’s Food and Agriculture Organisation (FAO) and World Health Organisation, the European Chemical Agency (ECHA), the German Federal Institute for Risk Assessment (BfR) and in Canada, New Zealand and Australia.

Sarah Mukherjee, chief executive of the UK Crop Protection Agency, said: “This latest conclusion from Efsa is consistent with the findings of other expert regulators around the world – glyphosate is not an endocrine disruptor or carcinogenic.

“Over 40 years of robust scientific evidence has shown that glyphosate is safe for human health and the environment. We urge member states to support the science and vote in favour of a full, 15-year renewal.”

However, other studies, including one by Mesnage and colleagues last year, have concluded that human exposure to glyphosate is rising and fresh, independent analysis is needed.

Furthermore, a report by the World Health Organization’s International Agency for Research on Cancer (IARC) had declared glyphosate as “probably carcinogenic to humans”.

Monsanto has strongly contested the IARC’s findings, saying they are not supported by scientific data.

In the UK, according to the Soil Association, glyphosate use has risen by 400% in the past 20 years as the popularity of no-till farming has increased. Glyphosate is a key herbicide for pre-harvest weed control in oilseed rape and establishment of cereal crops.

The NFU has warned that European Commission plans to restrict the use of pesticides classified as “endocrine disruptors” could have a devastating effect on UK agriculture.

Guy Smith, NFU vice-president, has said changes to endocrine disruptor definitions could result in the loss of 40 key active ingredients, including azole-based fungicides.

A proposal to reapprove glyphosate for use in the EU for a further 10 years will be decided on later this year.

Research published by Oxford Economics and consultants Andersons, on behalf of the Crop Protection Agency (CPA), suggested UK farm output could fall by £940m without glyphosate, partly due to a 20% drop in wheat production.

A ban on the weedkiller would seriously damage UK food production and drive up food prices for consumers, the report warned.

What are endocrine-disrupting chemicals (EDCs)?

EDCs are chemicals found in things such as plastic, pesticides or solvents that could disrupt the action of hormones in our bodies, leading to health problems, including cancer.

Some pesticides have been found to cause cancer in animals at high doses, but the levels found in foods are tightly regulated to ensure they do not pose a risk to human health.

According to Cancer Research UK, it is “possible that EDCs could cause cancer, but we don’t know for sure”.