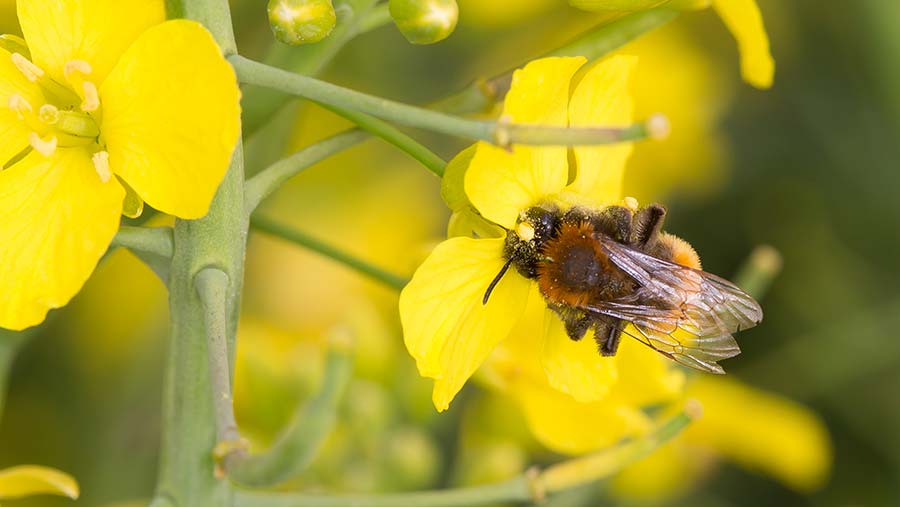 Wildlife and environment groups are ramping up their campaigning against pesticides by calling on Defra to back a total ban on neonicotinoids amid strong opposition from farming unions.

As Defra secretary Michael Gove prepares to address delegates at the Conservative Party Conference in Manchester today (Monday 2 October), Friends of the Earth (FoE) released the results of a survey on public attitudes towards neonics.

The YouGov study asked 1,716 people between 22-24 September: “There is currently an EU-wide ban on the use of three pesticides (known as neonicotinoids) on some crops because of their threat to bees.

More than three-quarters (76%) of people surveyed said they think the UK government should support EU proposals to extend current restrictions on bee-harming pesticides to all crops.

The EU placed a temporary ban on the use of three neonicotinoids – clothianidin, imidacloprid and thiamethoxam – on flowering crops in December 2013 after their use was linked to a decline in bees.

But the commission is now considering extending the ban on the use of these seed treatments to all crops. Neonicotinoid treated seeds are still widely used in non-flowering crops, such as wheat and sugar beet.

The NFU says a total ban on neonics would be unjustified based on the current science, arguing there is no clear evidence that their use is causing a widespread decline in bee populations.

However, FoE said a number of studies had shown neonics used on crops such as wheat can still end up in wildflowers or flowering crops by leaching in the soil and posing “an additional threat to bees”.

The European Union is due to discuss plans for an extended ban later this week. Member states are expected to indicate whether they support the proposal or not.

The UK government voted against a ban in 2013, after a Food and Environment Agency (Fera) study found bee populations “remained viable and productive in the presence of the neonicotinoid pesticides under these field conditions”.

But Buglife chief executive Matt Shardlow said the evidence that neonics harm bees was “beyond reasonable dispute”. He added: “Michael Gove must decide, does he stand with bees, flowers, crops and farmers, or with the narrow interests of the pesticide companies.”

The European food safety watchdog, the European Food Safety Authority (Efsa), is conducting a risk assessment of the three banned neonics, with the results due to be published next month.

The findings of the report will go a long way to determining whether the commission asks member states to vote on a total ban in early 2018.