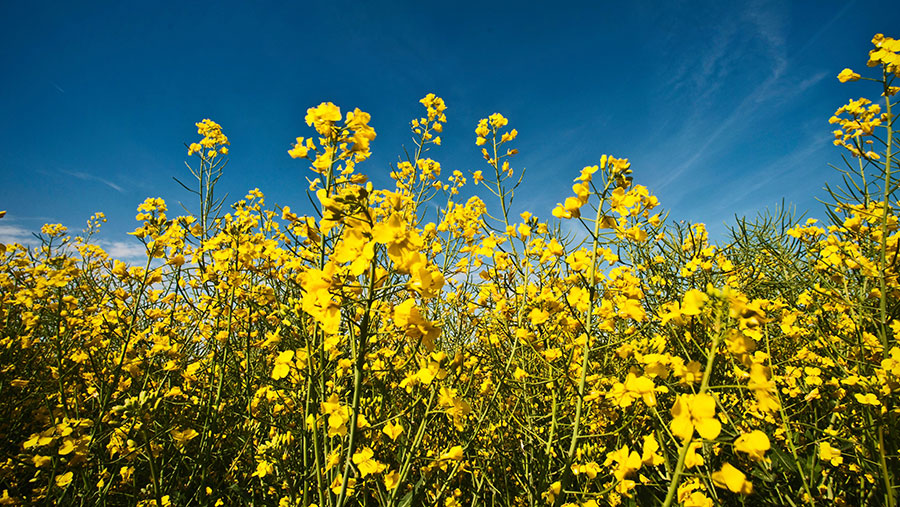 The ban on neonicotinoid seed treatments is costing EU farmers more than £500m in lost revenue each year, a report has found.

The study, published by the EU’s Humboldt Forum for Food and Agriculture research consultancy, shows the ban has also shortened EU agricultural supply of OSR by 912,000t (-4%).

This production has been taken up in other parts of the world, such as the Americas, Ukraine and Australia where neonicotinoids banned in the UK and the EU remain widely used.

The NFU said the ban, introduced by the European Commission in December 2013, was preventing UK farmers from competing on a level playing field with their international peers, with increased costs and time to grow crops.

The removal of neonics has prompted a dramatic increase in the use of pyrethroid foliar insecticide sprays, which are less effective at controlling flea beetle in OSR.

Speaking at a meeting hosted by EU umbrella farming body Copa-Cogeca, NFU vice-president Guy Smith said: “There is clear emerging evidence farmers both in Britain and in the EU are finding it more difficult to grow profitable crops of oilseeds because of increasing insect damage to crops.

If farmers continue to walk away from growing pollen-rich crops such as oilseed rape then one of the victims will be bees who enjoy an early spring feed in farmed fields of gold Guy Smith, NFU vice-president

“If farmers continue to walk away from growing pollen-rich crops such as oilseed rape then one of the victims will be bees who enjoy an early spring feed in farmed fields of gold.”

Mr Smith spoke out as it emerged the European Food Safety Authority (Efsa), which guides EU policymaking, had delayed a two-year review into neonicotinoids and their effects on honeybees until later this autumn.

He called on the EU to provide evidence of the impact of the ban on pollinators, insisting that the evidence base for a ban was “woefully lacking”.

“There was a sharp fall in average yields to 3.1t/ha (-21.5%) in 2016, attributed in part to flea beetle damage… which together with a reduction in planted area, has resulted in a provisional 30% drop in total production in 2016.”

However, Friends of the Earth called for an outright ban on neonicotinoid use in all crops, saying there was “growing evidence of the threat these chemicals pose to a range of bee species and other wildlife”.