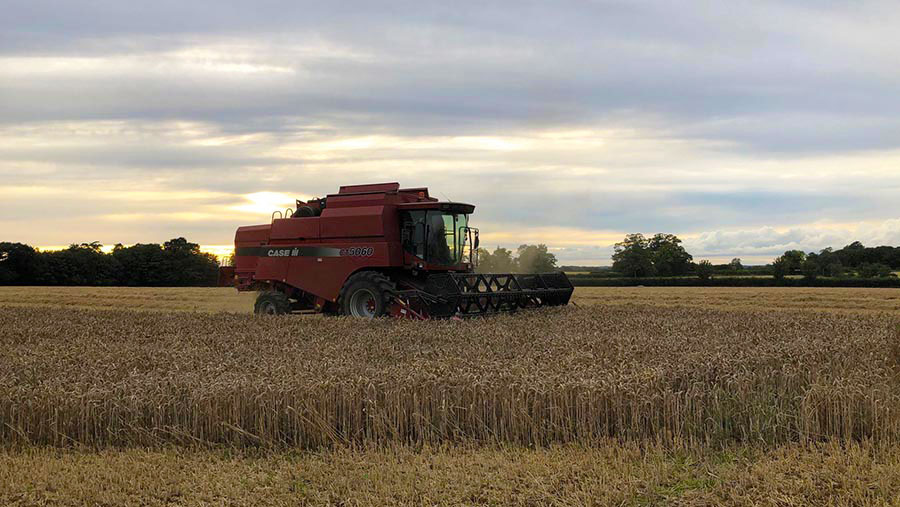 A new rapid disease test, capable of detecting septoria in wheat crops before symptoms are visible, is launching this March, helping farmers to better target applications and cut their fungicide bills.

Developed by biotechnology company Microgenetics, the new test called SwiftDetect involves taking leaf samples and posting them to a lab, where infection level results are returned as soon as 24 hours later.

With the price of fungicides on the rise, some key actives being withdrawn and resistance building, the technology offers many benefits to agronomists and growers, giving them the information to tailor fungicide regimes to specific levels of crop disease.

This will enable farmers to cut costs and avoid losses, as the disease can halve yields

Chris Steele, crop product manager at Microgenetics, explains how the test – which is available to all farmers and agronomists – will provide an early warning alert of septoria infection in wheat.

“The use of the test can concentrate growers’ minds on efficient fungicide use by identifying early disease levels,” he tells Farmers Weekly.

This is particularly important because of the long latent period where septoria infection is capable of growing inside the leaf undetected – as much as 14-28 days (depending on conditions) before symptoms become visible.

Consequently, farmers use preventative fungicide strategies to control the disease, as once symptoms appear it is too late to cure, leading to costly yield losses of 30-50%.

Mr Steele highlights how the test information can help growers decide whether to use a protective or curative fungicide – with protective fungicides being considerably cheaper. 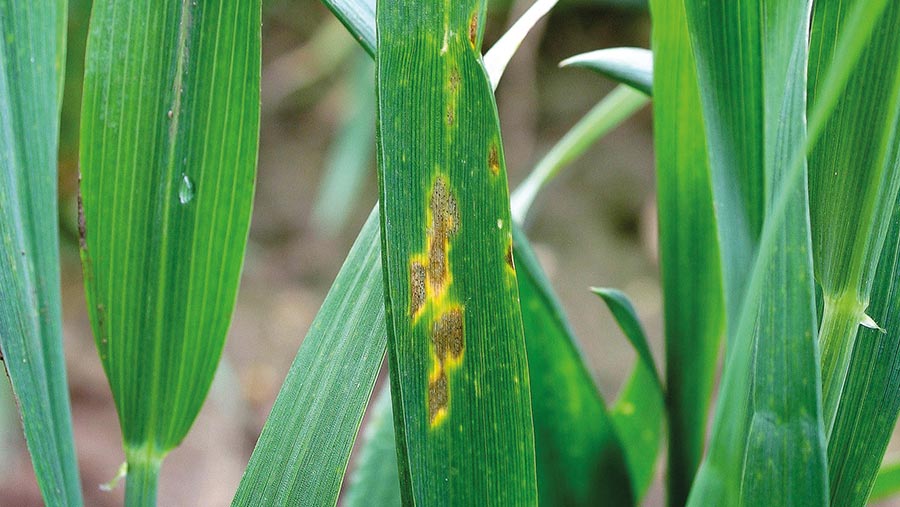 With the loss of chlorothalonil and its replacement, folpet, being less effective and more expensive, tailoring programs to the season by selecting appropriate doses and products to take the pressure from SDHIs will be essential.

Mr Harrison explains how the test will be particularly beneficial in low-pressure years. Here, it can support growers with invaluable information to advocate a lower-spend protective fungicide strategy, while providing the data to back a robust strategy in high-pressure seasons.

“Test samples will provide me with the confidence to advise growers on what treatments they specifically require – whether this is opting for a purely protective treatment at the right timing, rather than using eradication-type chemicals,” he adds.

As the new testing system develops, Mr Harrison believes that specific threshold levels associated with the level of disease will become available, guiding growers on specific control strategies that they can implement on farm.

A range of farmers were involved in trials of the new test, across a variation of soil types and wheat cultivars with Recommended List resistance ratings ranging from 5 to 8.

Farms were based predominantly in the South West where septoria poses the greatest risk, with trials in Gloucestershire, Wiltshire, Somerset and Cambridgeshire. In some cases, the cost of the T1 fungicide spray was reduced by 50% due to low infection levels, meaning SDHIs and azoles were not used.

Wiltshire mixed farmer Julian Brunt, who farms 240ha of arable land at Manor Farm near Grittleton alongside a free-range egg enterprise and a 250-head beef unit – was one of the trial farmers.

He sampled two of his wheat varieties last spring, these being a late-drilled second wheat of Graham and a crop of Skyfall planted in mid-October. Samples from both a fungicide-treated and untreated crop area were taken.

Graham was expected to show less disease infection than Skyfall, but the results showed disease levels were in fact marginally higher than expected, but with no symptoms visible.

Mr Brunt explains that he hopes to use the test again this spring to benefit his crop production going forward.

“Sampling informs us on the right fungicide choice for the season, allowing us to create more accurate treatments, especially as chemicals are getting more expensive and in some cases less effective. We will have the information to know when to cut back on use when required,” he says.

He admits that due to the drought from April until June the usual disease pressure was significantly lower, which meant the T0 and T3 sprays were not used. He hopes that talks with his agronomist and septoria sampling this spring will help to finalise fungicide choice.

How to sample wheat

To sample a crop of wheat, pick 10 leaves from different plants at growth stage 32, when the tip of leaf three is visible to half emerged. Sampling can continue up until flag leaf emergence.

Selecting leaf samples during the T1-T2 spray timing from leaf three emergence ensures that leaves have had sufficient time to become infected from any potential contaminated leaf matter on leaf two.

Fungicides are applied at the specific timings in order to protect precise leaf layers, which is why knowing exactly which leaf is emerging is important to ensure sampling is taken at the correct time.

Independent agronomist Stephen Harrison says: “Make sure you’re selecting the right leaf on the plant and sample leaves using the ‘W’ formation (similar to that in soil sampling) for a true representation of disease levels in the crops.”

It’s also worth keeping a close eye on the weather as during dry conditions disease pressures will be lower. Mr Harrison recommends sampling leaves later when flag leaf has emerged, while in wetter conditions an early sample looking at leaf three would be more beneficial.

Farmers and agronomists can then send samples using a standard next-day mail service, recording the date the crop was tested, its variety and GPS location which can be verified via what3words.

Samples are then sent to the company’s lab in Wiltshire. Leaves are liquidised, filtered and their DNA extracted. The sample is tested using a qPCR test with accuracy down to one cell. Results are receive as soon as 24 hours after posting.

The cost of a single septoria test is £70 per sample and it can be ordered online at www.swiftdetect.co.uk. Tests for yellow rust, brown rust and mildew are also being developed.

The company is also hoping to launch a barley disease detection test next season which will covers net blotch, rhynchosporium and ramularia, as well as phoma light leaf spot and club root in oilseed rape.