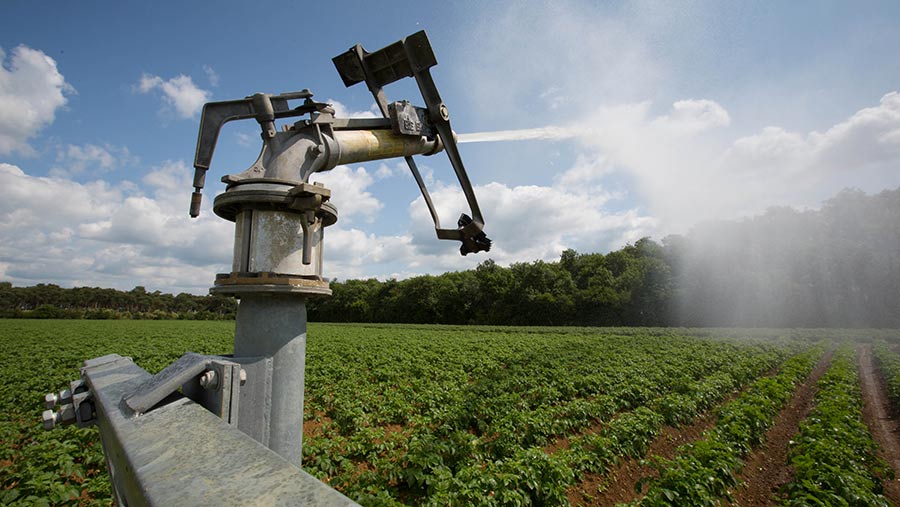 A new service has been launched by the NFU to match farmers and growers who urgently need water with neighbouring farm businesses which have a surplus.

The Water Bank is a response to an appeal to the Environment Agency for more flexibility in the water abstraction licensing system. The agency has agreed to approve – where possible – fast-track, short-term local trades of water to help farmers cope with ongoing hot, dry weather.

Water trading will be localised, with donors and recipients needing to operate within the same hydrological unit, meaning the same river or groundwater aquifer.

He said: “We emphasised to the Environment Agency that there is a narrow window of opportunity for local and rapid decision-making for the remainder of the irrigation season. We’re pleased that the agency has taken our concerns on board.”

Mr Roberts said the launch of the NFU Water Bank as a web-based noticeboard could be of considerable help to fruit and vegetable production as they used up their annual abstraction volumes. Livestock producers who relied on drinking water from abstracted sources could also benefit.

“We will keep looking for solutions that help alleviate the pressures that are building on the farming industry caused by this agricultural drought,” he said. “It really is a timely reminder that we shouldn’t take food production for granted in this country.”