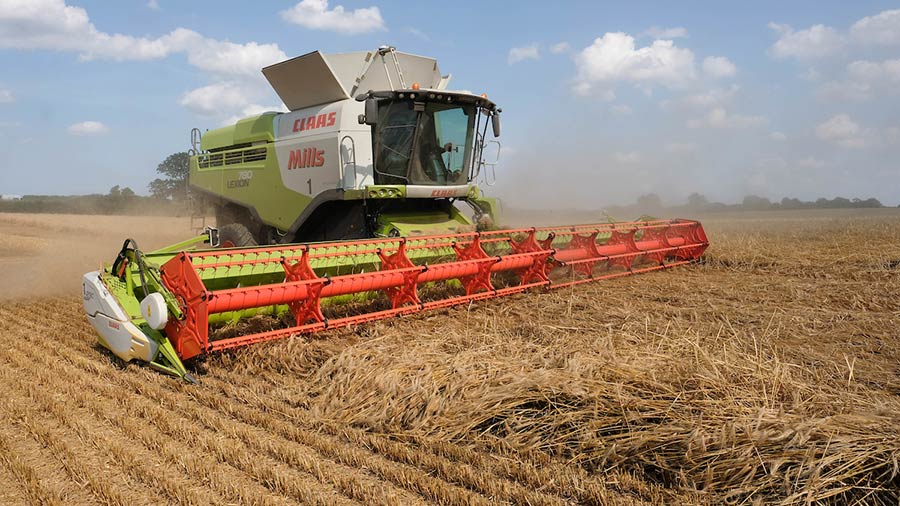 Extreme weather is making crop management more tricky, and this year many growers got caught out with their growth regulator strategy, resulting in waist-high winter barley crops that went flat.

It was a question that many agronomists and farmers faced back in spring: “Should I apply a plant growth regulator to a stressed, backward crop of winter barley?”

Syngenta technical manager for malting barley Kathryn Hamlen recalls that the company also faced this decision at their trial sites.

“It was such a bizarre spring with cold, dry weather and lots of frosts. Consequently, winter wheat and barley crops didn’t go through the growth stages as expected,” she says.

“At the normal time for applying the first plant growth regulator application (mid-March), the crop was two weeks behind in growth stage. And when the final application was due, the crop was only a foot tall,” she says.

Some growers feared applying a PGR would cause further stress to backward, ankle-high crops, so they omitted the earlier sprays.

But as the final application timing approached, rain arrived and the temperature increased, leading to a growth spurt with crops doubling in size within a short time.

And the wet conditions meant it was difficult to get the height reducing application on.

Consequently, some crops didn’t get the recommended three-spray programme which Syngenta advises for hybrids and malting varieties Craft and Electrum, plus the speciality heritage variety Flagon.

These crops [that didn’t receive the full programme] were more prone to lodging, especially with intense rain showers in June pushing crops down.

This included some Syngenta sites. Lodging varied from sites seeing none, to 50-60% lodged in the worst casesd. Generally, sites with three applications got good standing and better yields.

But to reduce stress, rates were cut back to 0.1 litre/ha Moddus (trinexapac-ethyl) + 1.0 litre/ha chlormequat at the first two applications “Better to get some on rather than none at all.

“This way, you get to the final application at growth stage 37-49 happy to have already got two applications on already, even at lower rates,” she says.

In conclusion, it’s better to stick to three sprays where possible, and cut back on rates where there are concerns over stress.

Generally, the earlier the lodging happens, the bigger the potential penalties on yield and grain quality.

But it’s not just yield and quality, lodging makes it difficult to harvest in a catchy season when time is at a premium and also straw is green. In the worst cases, grains will start sprouting in the ear.

The need to keep ears off the floor is especially important for malting crops, with premiums as much as £25/t over feed, says Syngenta’s Kathryn Hamlen.

“It’s important to keep crop standing so that ears can ripen evenly and are kept away from disease and moulds.”

Drilling winter malting barley later in the autumn can increase the risk of costly lodging.

Unlike winter wheat, the risk of lodging increases with later drilling. The optimum drilling window is mid-September to mid-October for the best yields.

Syngenta’s Kathryn Hamlen points out that barley is not as flexible as wheat on drilling date, as you tend to see a bigger drop-off in yield when drilling in November onwards.

The focus on the barley yellow dwarf virus risk along with battling grassweeds can see farmers opt for later drilling times, but this brings an increased lodging risk.

Another consideration with malting crop is grain nitrogen, with maltsters having a 1.8% limit. She points to the dilution effect with yield. Delaying drilling from mid October to November can see up to 1t/ha reduction in yield.

So if growers drill later, they have to anticipate how yield decrease affects grain nitrogen content and the increased risk of exceeding the 1.8% limit and, thereby, lose premium.

Growers can reduce this risk by adjusting nitrogen rates and timings. The advice is to put more on early to encourage tillering and less on the later split, which can go into the grain.

Mrs Hamlen’s advice is if farmers are growing both feed and malting types, to prioritise if possible malting for the earlier drilling, before moving onto the feed varieties.