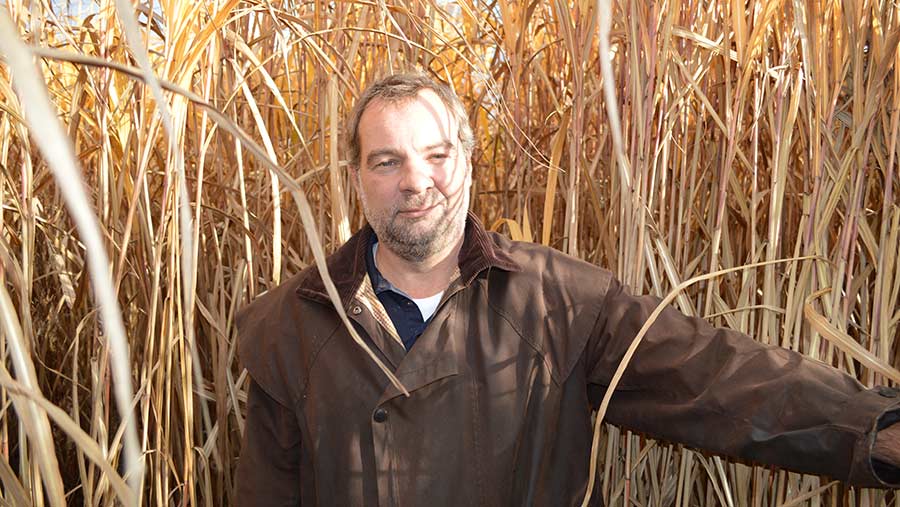 Adam Brewer has turned to growing miscanthus to improve his soils and the environment, while also giving him a profitable low-input crop for his north Norfolk farm.

The crop will fuel a nearby renewable energy plant, while the 3m-plus high miscanthus has attracted swallows back to the farm to feed on the multitude of miscanthus-loving insects.

After years of intensive cereal and vegetable production on the farm, Mr Brewer needed a change to revitalise his soils and to allow time for his other role, as a TV sports sound director.

This job took him away recently to the Rugby World Cup in Japan for more than two months, so he was on the look out for less time-consuming crops with an environmental benefit.

He says the choice of miscanthus was to help the soil recover from intensive cultivation over the years, and leave the land in a better shape for future generations.

“I was looking for a hands-off crop to give environmental benefits and also still make us some money,” he tells Farmers Weekly.

Miscanthus and Christmas trees were the answer – the first encouraged the insects that the swallows fed on, and the second prompted a plethora of earthworms.

“The telegraph wires are weighed down with swallows in the summer, and that is not a sight that I have seen for over 30 years.” 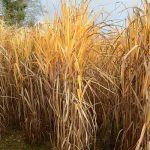 The miscanthus crop is relatively expensive to establish, but Mr Brewer is looking to reap a profit margin of £750-£1,250/ha once the first cut is taken in February.

His 64ha all-arable Church Farm at Brinton, just south of Holt, had initially grown cereals, maize, potatoes and carrots. But seven years ago, he decided this cropping was no longer viable with costs rising and his desire to move in a more sustainable farming direction.

As part of of his plan for a minimal-input, sustainable farming future, the first new arrival was Christmas trees, which would allow him to continue with his TV work.

Then, in 2018, he introduced miscanthus, encouraged the previous year by the opening of the renewable energy plant at Snetterton, just north-east of Thetford, and only 30 minutes away by road.

The root bulbs, or rhizomes, were planted in spring 2018 with a modified four-row potato planter, and the stems soon emerged from the underground rhizomes.

Also known as elephant grass, miscanthus resembles bamboo and can grow to more than 3m in height. It produces a crop every year with no need for replanting. And thanks to its rapid growth and low mineral content, it has become a favourite for biofuel.

It can grow for up to 20 years and the annual cane harvest – where there is little or nothing to do apart from cutting 45cm lengths of cane – provides an income.

Miscanthus also attracts plenty of wildlife, with a multitude of beetles and spiders that draws in bird life, which gave Mr Brewer encouragement that he was on the right track towards more sustainable farming.

During autumn, the crop senesces and nutrients are transported back to the rhizomes which swell in the winter. The crop is harvested in February with a forager, then left in the field to reduce the moisture content and baled in April.

Miscanthus has been shown to grow well in waterlogged and flood-prone land. The crop quality is not compromised by flooding and offers much-needed soil stability.

Research by Jason Kam, of the Institute of Biological Environmental and Rural Science at Aberystwyth University, showed there was no difference in crop yield between winter flooded and non-flooded ground.

He says the structure of the miscanthus rhizome and its rooting system helps to stabilise soils, which makes the crop more resilient against flood-caused soil erosion.

Dr Kam adds that because of the crop’s perennial nature, the annual cultivation and planting is not needed and this, therefore, reduces soil disturbance to an absolute minimum.

Working with Mr Brewer is miscanthus specialist Terravesta, which has a long-term contract to supply the Snetterton renewable energy plant with 25,000 whole bales.

The company, which works with about 300 miscanthus growers, says the crop could be a profitable option for land unlikely to suit mainstream crops. It can stabilise land, help improve soil organic matter and encourage earthworms.

Both crops had a herbicide applied, such as Harmony (thifensulfuron-methyl) to control broad-leaved weeds, like mayweed. This helps the crop get established and then it should shade out the weeds.

“I am hoping the miscanthus will compete with winter wheat and barley financially, with much less hassle and less mechanical inputs,” he says.

With the roots going down 1-1.5m, he is looking to reap great benefits in soil improvement, and recovery from years of intensive vegetable production on his light sandy loam soils. 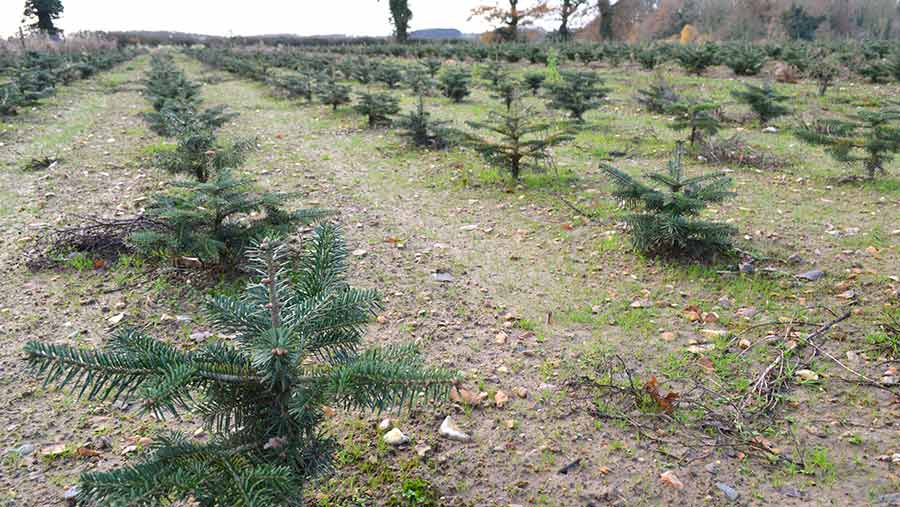 In 20 years’ time, Mr Brewer is optimistic that the miscanthus will have improved the soil health and structure to such an extent he can grow very high yielding crops of winter wheat.

He has switched to minimal tillage across the farm as much as possible, and hopes the miscanthus will add to the improvement of his soils.

Crops of winter wheat and winter barley now make up the rest of the farm with yields of some 7.5t/ha, but could well increase as his soils recover.

He has high hopes for his Christmas trees, too, as part of his low-input sustainable farming future. He buys the trees in as four-year-old plants, and hopes to grow them to sell in four to six years.

He initially planted 14ha and added another 2.5ha later, and is hopeful the crop will be even more profitable than miscanthus.

“When we started planting Christmas trees three years ago, there were no worms to see, and now there are plenty of earthworms,” he adds.