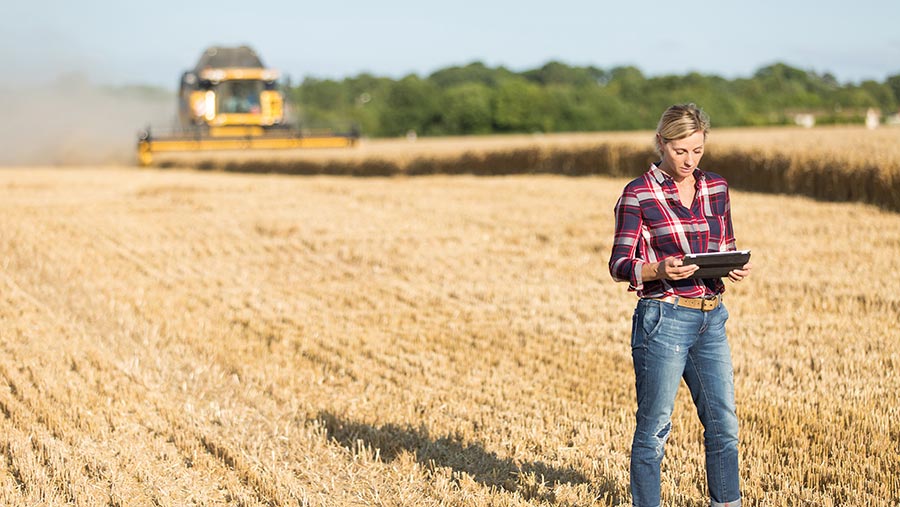 Collecting and using real-time cropping data is set to become easier with the arrival of a US system, enabling tech-savvy farmers to better manage and scrutinise their farming operations.

Originally developed in the US for row crops, Climate FieldView is in use across 36m hectares of cropping worldwide, claims Bayer.

In Europe, the data capture system is available in 15 countries and already has 2m hectares under its belt, just two years after its launch.

Offering the ability to collect, store and view field data while operating equipment or working in the farm office, the platform also lets users selectively share this data with others.

Displayed on an iPad as a map as it is collected, the data is stored in the cloud and can be analysed and explored. Growers remain in control of the data collected from their farms, although Climate (a subsidiary of Bayer) will make use of aggregated, anonymous data in the future to support and develop the platform.

The company acknowledges that the UK has some key cropping and climate differences to the market that Climate FieldView was originally developed for, but believes that the potential offered by data-driven decisions is recognised by growers keen to make the most of digital tools.

So what does real-time data capture have to offer? With most farms already creating lots of data from a variety of different sources, the challenge for many of them is finding ways to make the best use of it, suggests Bayer’s field product specialist Max Dafforn.

“Gathering data as it is generated in the field, or in real-time, allows it to be viewed both remotely and instantly,” he explains. “That means you can make informed decisions at the time they need to be made, wherever you are.” 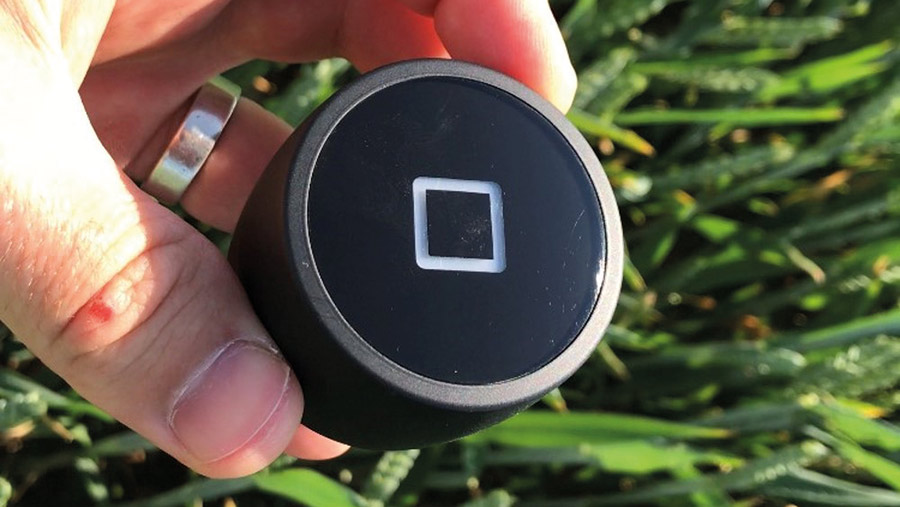 Climate FieldView is an integrated platform, so it brings all the data from in-season monitoring together and allows it to be viewed, he adds.

That includes local weather data, satellite imagery, crop biomass and water use information, as well as yield results at harvest.

As such, users can measure the impact of agronomic decisions on crop performance, for example, as well as to plan treatments based on crop development. 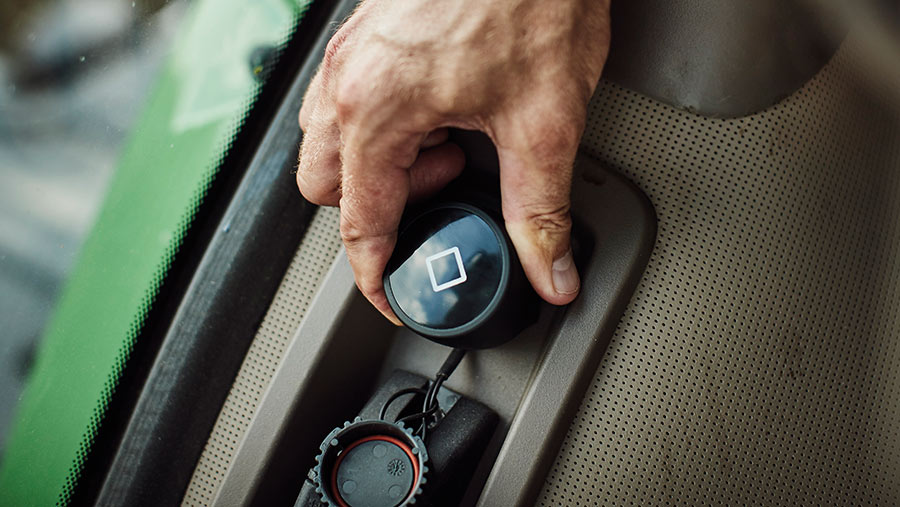 To get started, there’s an online registration process, during which growers set up an account and download the app, explains Mr Dafforn. This gives them access to the platform.

The next stage is to either map or import field boundaries, so that in-season monitoring information can be viewed. 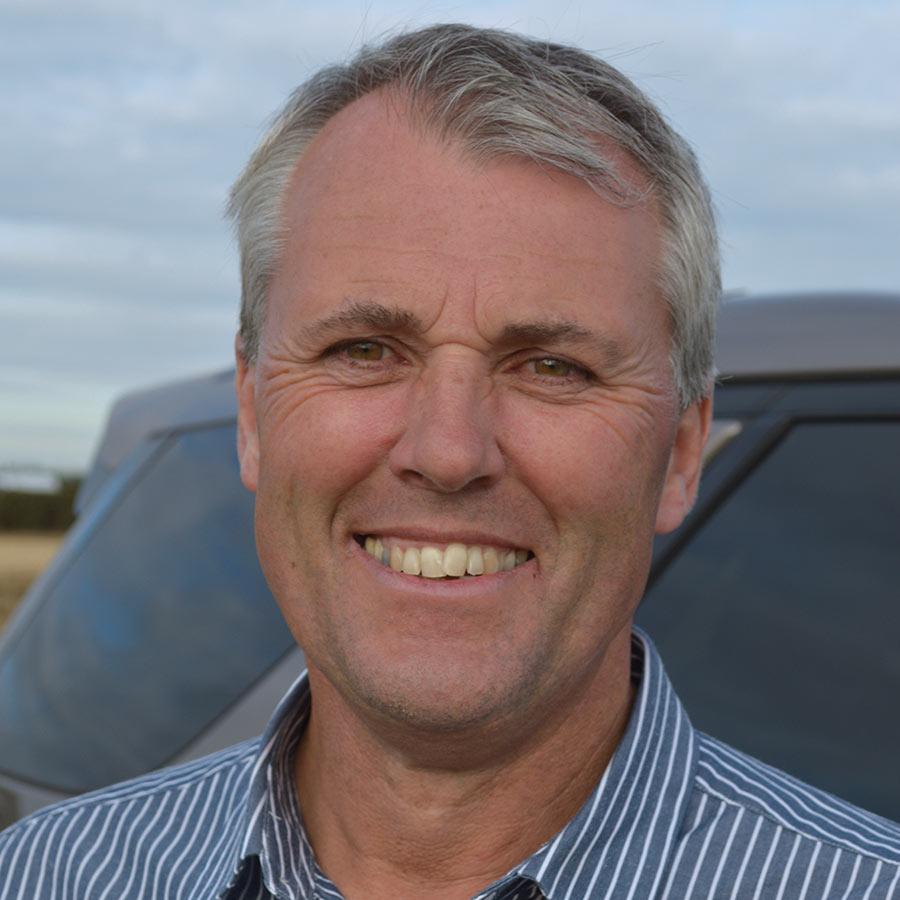 One of just six growers to test drive Climate FieldView last harvest, Andrew Ward (right) took delivery of his FieldView drive and found that it plugged into his New Holland combine in minutes.

“The set up was really easy,” he recalls. “The connectivity and compatibility worked instantly. Once it was installed and data was being collected, I could see how the combine was progressing at harvest.”

Real-time visualisation of yield data in maps has a number of uses, he says, especially as you can pinpoint exact locations in fields and identify each combine pass.

As such, the ability to pick out different tramline treatments is a major benefit as he could assess the effect of any change in agronomy, look at trials results and evaluate a new product test – all before having to make final decisions on their future use.

“You can take the data and view it, wherever you are. I used the analysis a lot last autumn, as it helped me to fine-tune my cropping plan and decide where to locate stewardship options.”

Mr Ward highlights that the forthcoming change in agricultural policy and phasing out of BPS payments means that growers will have a tight timescale for getting to grips with new schemes.

“Analysing data will become even more important in the post-Brexit landscape. It’s likely that there will be areas of the farm that will be planted differently.”

He is now keen to get his other machinery using the system. “I want to capture data from the sprayer and adjust seed rates according to the information received back from the combine and the sprayer.

“The more data I have, the better informed I will be.”

Data collection from the field is then done via the FieldView Drive, which simply plugs into the 9-pin diagnostic port of whichever machine is operating and then connects to an iPad via Bluetooth. Powered by the machine it is plugged into, it automatically generates maps and reports.

As it is cloud-based, the FieldView system allows for remote monitoring in real-time, as well as for sharing information. Holding all the data in one place means individual applications can be evaluated, for example, or tramline trials assessed.

Mr Dafforn emphasises that the new platform is not a full recording package, so will operate as an addition to existing farm office software.

“It’s a very different concept,” he stresses. “This is a data capture system for digital agriculture. It allows decisions that used to be made by gut feel to now be based on analysed data.” 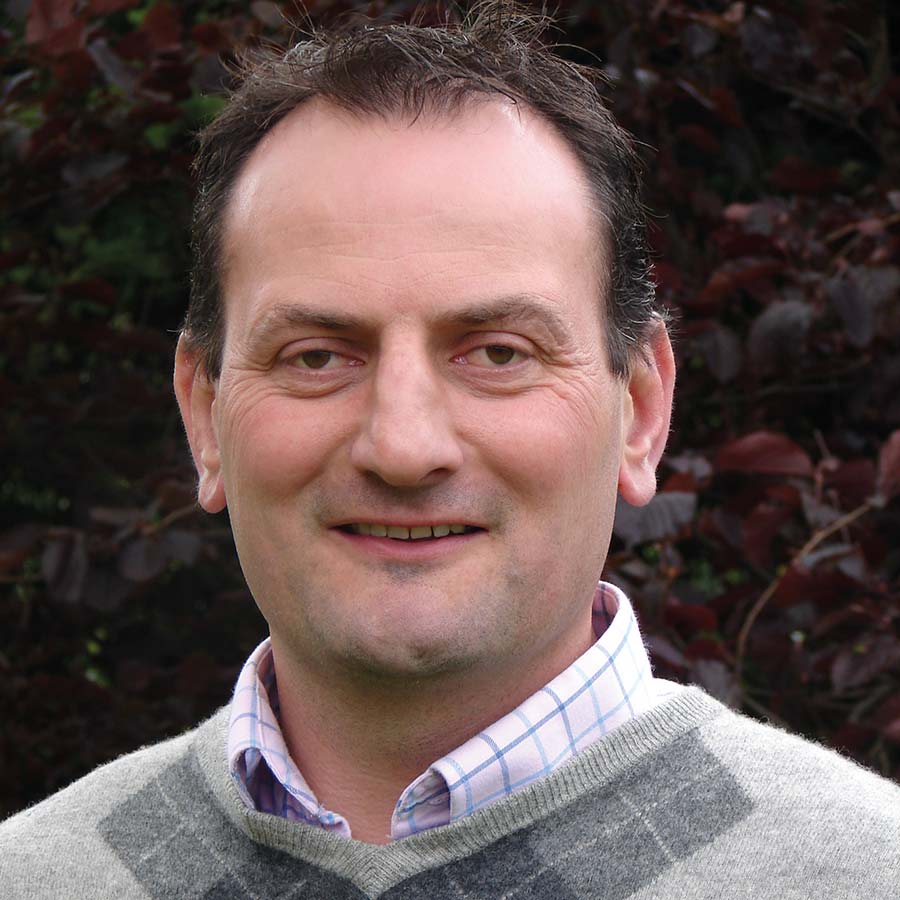 The mobility of the field data is a major benefit for Shropshire grower Andrew Williamson (right), who has been testing the FieldView system since March.

He has been collecting data from his sprayer, using it to compare different treatments and to plan ahead, fine-tuning his agronomy according to crop development.

Field and tramline trials have proved easy to monitor, as the system immediately identifies the relevant field areas. “It allows me to click on different sprayer passes, so it’s perfect for anyone who likes to do their own trials,” he says.

He also likes the ability to share data with nominated contacts, as he is in a machinery sharing agreement with a neighbour.

“Once I’ve done some spraying I can immediately email the relevant report to my neighbour,” he says. “The agronomist also receives timely information at the time it is happening, not months later.”

As the oilseed rape desiccation timing approaches, Mr Williamson has been able to view vegetative index maps to pinpoint any poorer crop areas and plan his glyphosate applications.

“I’ve been able to see straight away that some areas won’t need a full rate of RoundUp,” he says. “Those maps will then be uploaded to the sprayer.”

He is keen to get harvest data, so that he can undertake further analysis and interrogation.

“The principle is good,” he says. “Once I’ve got more experience with it, I will be able to see whether it makes a difference to my business.”

He believes that FieldView would add more value if it was able to “talk” to other farm software. “At the moment it’s an additional system offering data capture, but it does enhance what we’re already doing.”

Bayer is offering growers a year’s free trial of Climate FieldView, as the company seeks to refine it for UK conditions in line with user feedback

Likely to appeal to those who were early adopters of precision farming techniques and are already using connected equipment, the trial is available to farmers who sign up by the end of August.

Requirements for the trial include Isobus farm equipment and your own iPad, says Max Dafforn. “We’re keen for growers to give it a go and share their experiences with us, so that we can develop its functionality in line with requirements.”

Filling in an on-line form on the Bayer website will give a good indication of whether your equipment is compatible and suitable for a trial. For more information and to sign up, go to www.cropscience.bayer.co.uk/fieldview.