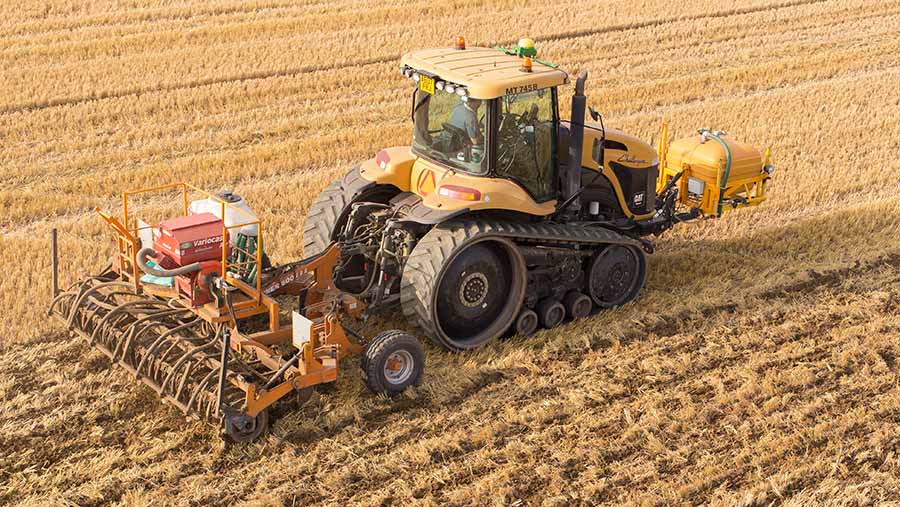 Farm leaders have submitted a second request to Defra for growers to use banned neonicotinoid-treated seed this autumn.

Ministers rejected the NFU’s first application to allow growers to drill treated seed on a third of all oilseed rape crops.

The latest application, submitted last week, was much narrower than the first application and it urged Defra and the Chemicals Regulation Directorate (CRD) to make a decision as soon as practicably possible.

The NFU has asked for only parts of counties in England where oilseed rape crops are under the highest threat of damage from cabbage stem flea beetles to be considered for the derogation.

NFU vice-president Guy Smith told Farmers Weekly: “We have tried to address the need for the second application to be more limited and controlled.

“We have given it our best shot, but we would not want to second-guess the regulator’s judgment.”

Mr Smith said the NFU was concerned that the application might get caught up in the purdah period for the EU referendum.

If ministers were to approve the application, the decision would be needed quickly to allow seed and chemicals companies time to produce and distribute treated seed in time for planting this summer, he added.

Mr Smith stressed that access to neonicotinoid-treated seed was vitally important for growers with OSR crops under huge pressure from flea beetle attacks.

“If we have a difficult establishment window for oilseed rape this autumn, which makes crops vulnerable to flea beetle, I have no doubt that without neonicotinoid seed treatments, UK [OSR] acreage will be significantly depleted.”

The EU banned neonicotinoids from use on flowering crops in 2013 after they were linked to harming bees. But the NFU maintains the ban is unjustified and has called for more large-scale, field-based research to determine the effects of neonicotinoids on pollinators.

Since the ban was introduced, scientists at Rothamsted Research have warned of increasing levels of resistance in flea beetle populations in south-east England to pyrethroid sprays, commonly used as the chemical control alternative.

But Friends of the Earth has urged Defra to refuse the application, labelling neonicotinoids a “real threat to these crucial pollinators”.

Defra confirmed it had received the NFU’s second application and said it would make a decision “in due course”.

A Defra spokesman said: “We make decisions on pesticides based on the science only once the regulators are satisfied they meet safety standards for people and the environment.

“Applications are considered by the Health and Safety Executive and by the independent UK Expert Committee on Pesticides before a decision is taken by ministers.”