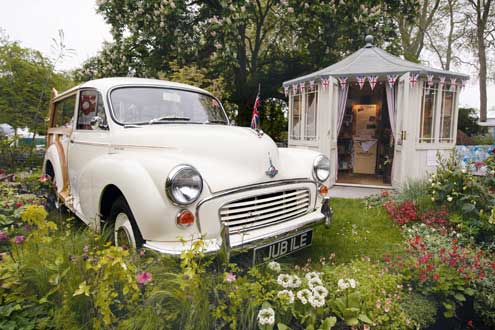 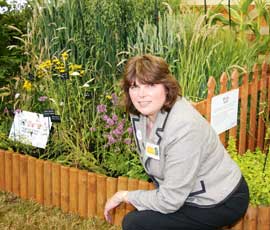 Sussex farmer Gillian van der Meer, a steward at Chelsea, explains why the event is special and what farmers can learn from it.

I have stewarded at Chelsea – the world’s premier flower show – since my sons finished school about six years ago.


It’s a long day, leaving home around 6am and not returning before 10pm. But what a show – a display of late spring/early summer horticulture, where grand urban and contemporary architectural gardens stand out, but with a gentle nod to our rural heritage and simple wildflowers.


And then there is the Great Pavilion, where the heady scent of lilies, roses, jasmine, lavender and other flowers rise the moment the sun hits the marquee.


It is such a fabulous place to steward and where I get to do one of the best jobs around – to engage with the public surrounded by a stunning display of fruit, vegetables and cut flowers showcasing UK growers. Talking to the public here is so rewarding. They want to know about what we do on our farms, where they can buy what they see, and I always get asked at least once “what’s that funny looking thing?” to which the answer is always “a celeriac”.


Last year, the BBC came over to film Christine Walkden (of Gardeners’ World and The One Show) talking about and tasting a new variety of apple called Kanzi. I had one eye on what Christine was doing as she picked up the apple to describe it and eat it. After they finished and began packing up, I saw what she had done and went up to her and the crew and said “You’ll have to re-take that, you ate the wrong apple.” Sure enough, she had picked up a different variety of apple next to the Kanzi. A re-take promptly followed.


Farming needs to take itself to shows such as Chelsea and Hampton Court Palace (where I have designed and shown farming-themed exhibits), as there is a large audience that does not visit agricultural events, but which is so open to hearing about what we do.

Horticulture has engaged with the urban population; agriculture needs to do the same. The rewards will be great.