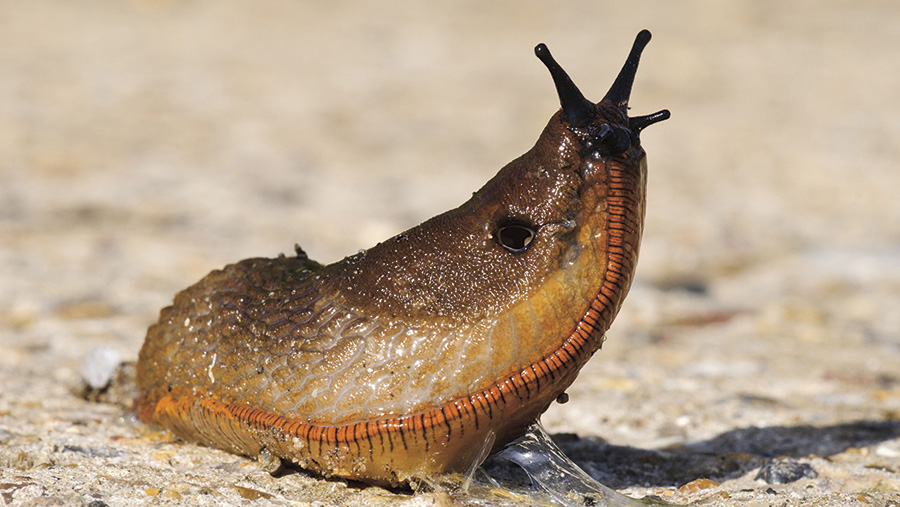 Growers are being told to expect an onslaught of slugs this autumn with population numbers likely to hit levels unseen since the disastrous 2012 season.

While many areas have enjoyed a warm, dry August that has kept molluscs at bay, mild conditions from last November to this April were perfect for slug breeding with rain falling every other day on average.

It means growers should be prepared to take action against the pest in establishing crops even if land is looking dry, as an army of slugs may emerge on the back of any rainfall.

“The potential is for high slug numbers – a lot of them are still down in the soil and have not yet come back up to the surface because it has been so dry.

“It’s therefore looking like slug numbers could this year approach the levels seen in 2012,” he warns.

“However, I’m confident that by evaluating control strategies, growers and agronomists can work together to manage high slug pressures and help keep metaldehyde out of water.”

Sussex-based independent agronomist David Jones adds he thinks slugs have been a bigger headache for newly emerging oilseed rape than the dreaded flea beetle so far this autumn.

I would say that Slugs are more prevalent than Flea Beetle so far pic.twitter.com/i0yDVQfezs

Bait traps can be used to help predict slug attack but these aren’t practical to use when time is short and acreages are vast.

“My practical agronomic view is to treat a single bout in a field with metaldehyde and then inspect early the next morning to judge slug activity and numbers.

“This approach will help growers to understand the severity of a potential slug attack,” says Mr Myram. 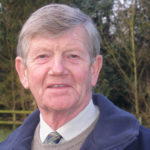 The timing of such a large slug population couldn’t be worse, as growers are fast running out of time to show that they are doing enough to curb levels of metaldehyde being found in water.

They are now in their final autumn/winter period to prove that metaldehyde stewardship and catchment management efforts are making significant enough contributions to meet safe standards for drinking water quality.

Since 2008 the Metaldehyde Stewardship Group (MSG) has been working with water companies to restrict the overall dose of metaldehyde slug killer and promote guidance on how to stop the active ingredient seeping into ditches, streams and rivers.

The deadline for water companies to report on the progress of measures to stop metaldehyde reaching watercourses has been brought forward a year to March 2017 because of changes to the water industry timetable.

A few years ago it seemed the only option was to a total ban of metaldehyde slug pellets, says MSG chairman David Cameron.

“Now there are a range of possible options because of the success we have had with stewardship,” he adds.

An increase in spring cropping for the past two seasons has helped cut the amount of metaldehyde pellets being spread in autumn and winter, notes Mr Cameron.

But with metaldehyde continuing to be detected above strict limits during water quality testing, banning use of the pesticide in high-risk areas is likely.