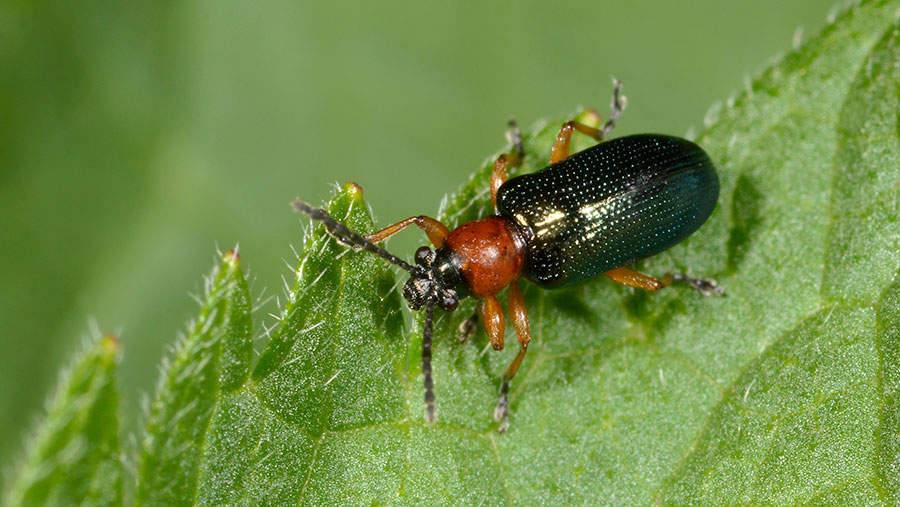 Cereal leaf beetle eggs have been identified in fields of spring barley across parts of the south-west of England, up to two months earlier than usual.

Helen Parkin, agronomist at independent agronomy firm J Pickard & Co in Devon, explained how the warm weather is likely to have caused earlier emergence of adult beetles from their overwintering sites.

“Egg counts are usually greater when the crop is further on in its development, with the yellow/orange eggs laid on the upper leaves in midsummer,” she said. 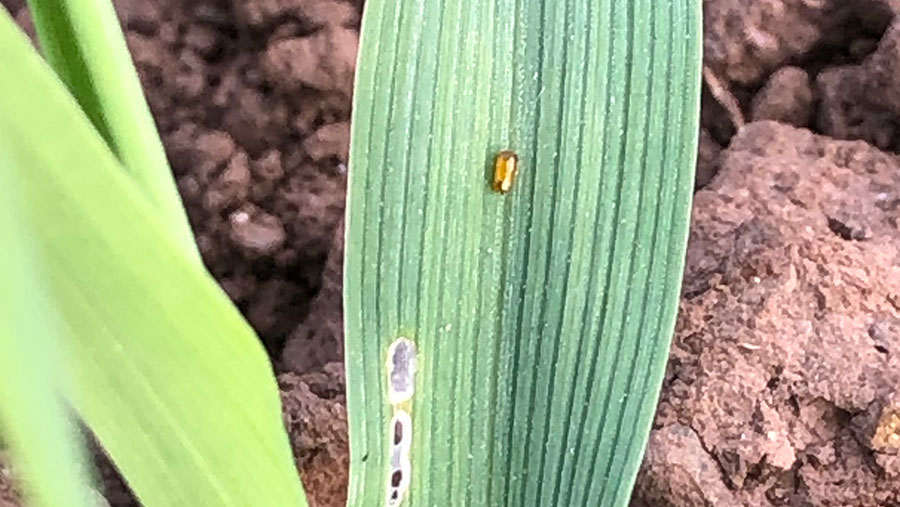 Ms Parkin explained that the pest rarely causes economic damage in crops, as good growing conditions allow plants to grow away from pest attack, and predation from beneficial insects keeps the pest’s population under control.

“Cereal leaf beetle damage is usually nothing to worry about – they just leave a few stripes on the leaf, where the adults and larvae feed between the veins on the surface of the leaf,” she added.

Treatment is not normally required, but if the damaged area covers more than 15% of the leaf, or the flag leaf is badly affected, growers could consider using an insecticide spray.

Ms Parkin suggests an application of Biscaya, if the timing for orange wheat blossom midge coincides or the use of a pyrethroid for control.